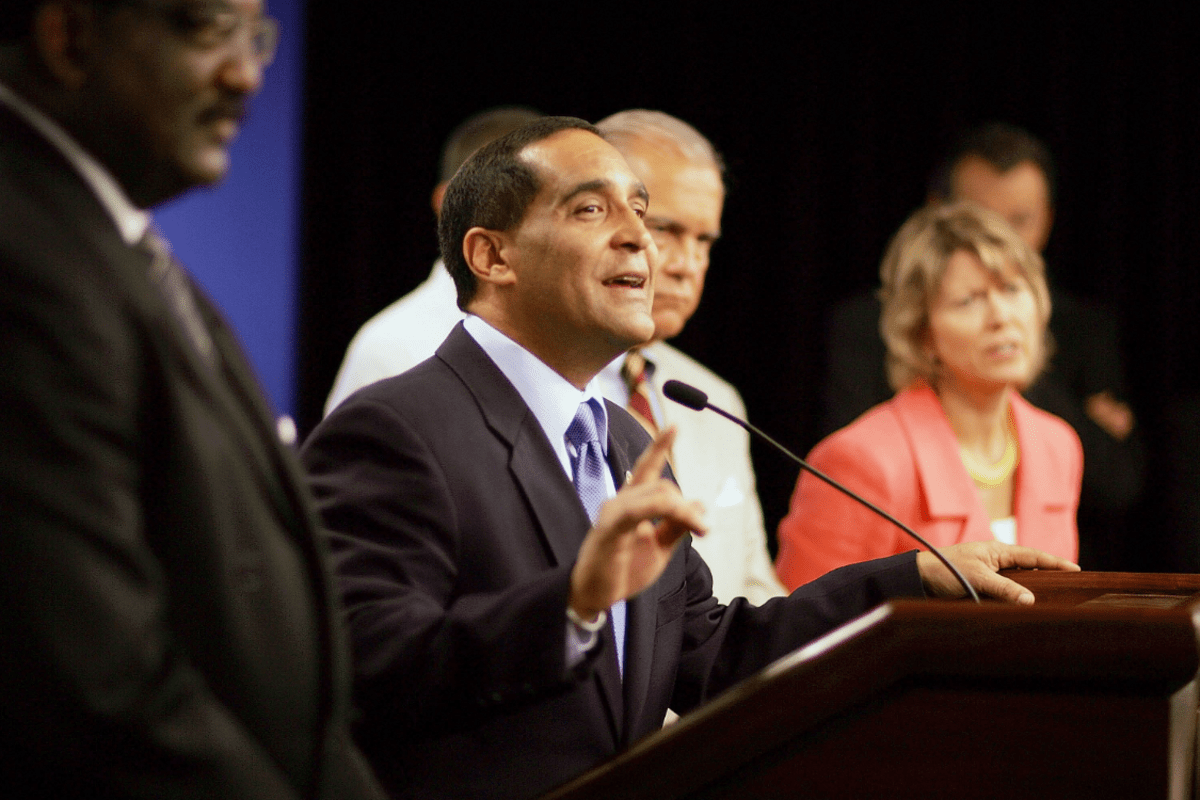 "I don’t know if I’ll have the fire in my belly to run a campaign."

Miami-Dade Commissioner Joe Martinez has been considered a near-guaranteed candidate for Miami-Dade Sheriff once new rules kick in to make the county’s top law enforcement officer an elected position in 2024.

But now the decorated former police lieutenant doesn’t seem so keen on the idea.

“I’m 64 years old,” he told Florida Politics. “When 2024 comes around, I’ll be 67. Can I do the job? Absolutely. Do I want to have a campaign county-wide? I don’t know if I’ll have the fire in my belly to run a campaign. The truth is, would I be interested? I don’t even know anymore. Not anymore.”

Martinez’s about-face on the prospect of being Miami-Dade’s top cop comes amid debate over what a Miami-Dade Sheriff’s Office will look like. There is ongoing discussion about what powers the position will have, which aspects of the Miami-Dade Police Department will fall under its purview, what the office’s cut of the county budget will be and which, if any, other departments it will absorb.

Those questions haven’t escaped Martinez. He said he’ll seek community input and a list of best practices from experts on the subject from Miami-Dade residents, law enforcement and neighboring counties early next year before drafting legislation to create the office.

Miami-Dade hasn’t elected a Sheriff since 1966, when a grand jury found the Dade County Sheriff’s Office to be rife with corruption and voters changed the role of county police chief to an appointed position. Miami-Dade Mayor Daniella Levine Cava today operates as the county’s de facto Sheriff, overseeing a police force with an appointed police director, some 4,700 employees and an annual budget of $815 million.

The 13-seat Miami-Dade Commission approves that budget and wields other powers with serious bearings on the county police force. Levine Cava told the Miami Herald last month she may want to keep much of that arrangement in place if she wins re-election in 2024.

But Martinez, who has a hold on the Sheriff issue preventing other commissioners from drafting legislation to define and create the office, said that might work counter to what voters wanted when they voted on the subject three years ago.

“I’ve heard talk about if they should only handle the courts and typical Sheriff services. Maybe that’s not what the people thought they were voting for,” he said. “I’m on a fact-finding mission. I’m there listening to them. What do you want?”

That’s not to say he doesn’t have his own ideas for what the office should be. For one thing, he said, a Sheriff should not be in charge of the county prisons or fire departments, as is the case in Broward County.

“I want to talk to the current Sheriff there and the former one and find out if this is a good thing. ‘Do you guys like having the jails and fire?’ They may tell me, ‘Hell no.’ I don’t know,” he said. “So, I want to get opinions from people who have walked the walk and from civilians, the general public. What did you think you were voting for?”

In November 2018, 63% of Florida voters — including 58% of voters in Miami-Dade — approved a ballot initiative mandating that every county in Florida must elect five constitutional officers: a Sheriff, Tax Collector, Property Appraiser, Clerk of Courts and Supervisor of Elections.

Miami-Dade and Broward counties currently have their own processes for filling those roles. Miami-Dade elects its Property Appraiser and Clerk of Courts. Broward elects all but its Tax Collector.

Prior to the vote, Miami-Dade sued to invalidate the amendment. Then-Commissioner Dennis Moss said the change equated to the county’s home rule power “being usurped.” The suit ultimately failed.

The clock has since been ticking. While the constitutional offices in Miami-Dade and Broward won’t technically be created until Jan. 7, 2025, voters will choose who fills those offices during the primary and general elections the year prior. And candidates will qualify for the races months earlier, probably in June.

Miami-Dade Commissioner Raquel Regalado, who has stressed the urgency of laying a foundation for the Sheriff position in particular, is pushing for a new rule that would place a statute of limitations on how long she and others on the county legislative board can keep holds on items.

Martinez placed a hold on the Sheriff issue in 2019.

Two years is far too long not to talk about an issue with such a massive bearing on the county’s fiscal and administrative makeup.

“I think six months is an adequate time, and if you need more time than that you can come to the board,” she said Wednesday. “I believe this is the most important decision that the County Commission will make since the creation of single-member districts. That’s how important these offices will be.”

Regalado called for much of what Martinez said he intends to begin soon: holding public forums for residents to weigh in on what they want in a Miami-Dade Sheriff’s Office, examining the economic impact of its creation on the county and its various departments and gathering information from police and law enforcement organizations.

Commission Chair Jose “Pepe” Diaz, who has holds on three of the other offices to be filled by an election in less than three years, agreed.

“This has to be addressed,” he said. “We’re doing a disservice to the public and the people that we represent if we don’t bring this up.”