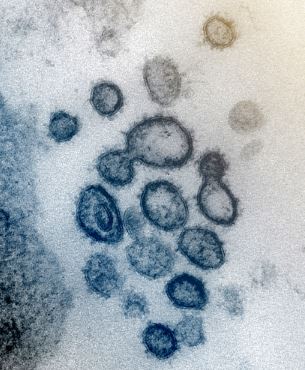 'It doesn’t exist in sewage, it exists in people.'

Though at least three omicron cases have been reported in Florida, more residents have likely been infected because the new variant has been detected in wastewater in Central Florida, a city manager said on Monday about its process for detecting viruses.

The variant was recently confirmed in Altamonte Springs but through a process that conducts tests on samples of sewage or wastewater in that area, City Manager Frank Martz said in a phone conversation with the Florida Phoenix.

That means “the virus is here” and residents in the area have likely been infected with omicron, the contagious variant that first emerged in South Africa, Martz explained.

“It doesn’t exist in sewage, it exists in people,” Martz said in a phone conversation. “Testing sewage is the best way to find viruses of any kind before people get sick with them. This type of testing allows a community to confirm that a virus is in their area.”

Martz said he had no specific COVID-19 cases connected to the omicron variant, which has spread around the globe and in 31 states and Washington, D.C.

The Florida Department of Health has confirmed only two omicron cases in Florida, one in Tampa and another in St. Lucie County.

A third case in Miami-Dade County was reported Saturday, according to the Miami Herald. As of late Monday afternoon, the Florida Department of Health had not publicly confirmed to the Phoenix that the Miami-Dade case exists. And the department had not mentioned any other cases of the omicron variant.

“News that the first official case of omicron has been detected in Miami-Dade County is a frustrating reminder that this pandemic is not over, and we must continue to take key measures to protect ourselves and our loved ones during the holiday season,” Cava said in a tweet on Saturday.

Meanwhile, testing of wastewater in Altamonte Springs had launched last year, Martz said. “We’ve been testing our sewage since April 2020. We were one of the first in the country,” he said.

The Phoenix is awaiting responses from other counties to find out whether the variant has been identified through wastewater testing.

The department of health is using a sequencing process for detecting COVID-19 variants and is led by the federal Centers for Disease and Prevention. The state agency hasn’t been releasing details about omicron cases but earlier reports amid the pandemic included demographic information about each case, such as gender, age and travel history.

The World Health Organization classified omicron as a variant of concern on Nov. 26 as it began to spread rapidly in South Africa. Scientists are still conducting studies on vaccine effectiveness against the new variant. Early findings have suggested it is more transmissible but may cause less severe cases of COVID-19.