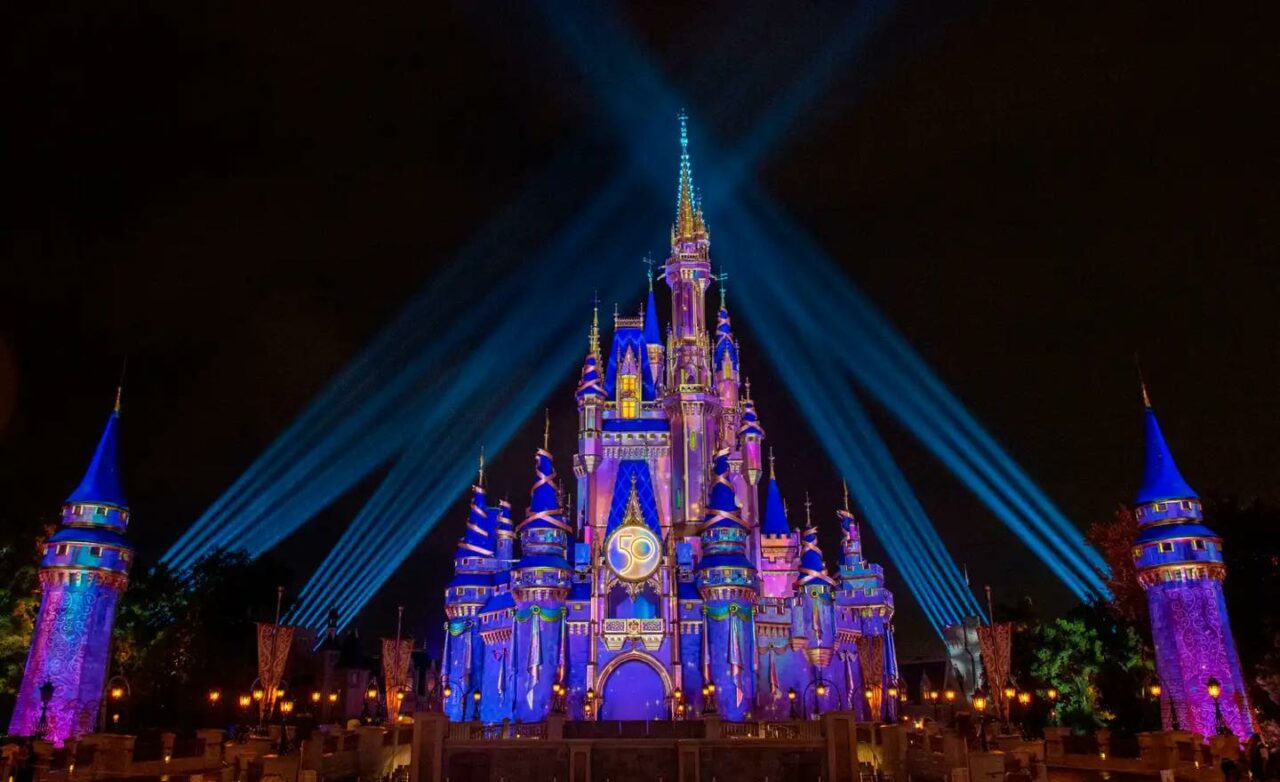 Year 2 of COVID-19 saw more celebrations, advancements, albeit with masks.

The year 2020 was when the theme park giants shut down with a sudden halt amid the fears of the pandemic. Hurricanes and the 9/11 terrorist attacks had forced the parks to temporarily close before, but never like this — several months of empty gates and tens of thousands of Orlando workers out of work.

How will the history books remember 2021, a year after the crisis?

Will 2021 be known as a year of recovery? Or when the parks, despite the odds, debuted something new for fans? Or will 2021 be recalled as a time of continued uncertainty with the pandemic clearly not over as we moved into 2022?

Florida Politics is looking back on some of the biggest stories that defined the past 12 months for Orlando’s theme park industry.

When Walt Disney World reopened in the pandemic, parkgoers were required to wear masks everywhere — indoors or outdoors. But by May, the U.S. Centers for Disease Control and Prevention had changed its latest recommendations, and Disney moved swiftly. The parks relaxed some of the strict mask restrictions and increased capacity which had been tightly limited during the pandemic. It was good news heading into a hot summer for those who hated covering up in the Florida humidity, Walt Disney Company CEO Bob Chapek said during a May earnings call.

“You’re going to see an immediate increase in the number of folks that we’re able to admit into our parks, through our reservation systems that we recently implemented, so we’re very, very excited about that,” Chapek said at the time.

The CDC’s recommendations have evolved as health experts warned new variants posed a risk, and some people have declined to get vaccinated even though Dr. Anthony Fauci, chief medical adviser to the President, has stressed the vaccines are safe.

Disney still requires guests to wear masks indoors, which includes inside attractions, indoor ride queues and on board Disney transportation.

Disney’s largest competitor, Universal, has taken similar action. In December, Universal reinstated the masks rules, requiring them at all public indoor locations and at all attractions from the moment guests enter the lines to when they leave.

Reinforcing the rules falls on theme park workers who, at times, have felt push back from guests who sometimes complain or, worse, get physical when workers ask them to obey the protocols. Multiple Orange County Sheriff’s Office incident reports have depicted some of the tense altercations and arguments during the past year.

The theme parks are certainly a different place in the ongoing pandemic. But Disney, Universal and SeaWorld still bring back moments of joy when theme park-goers lined up to be the first on a new ride or celebrated the holidays at a special event.

Universal opened the most high-profile new ride of 2021: the Jurassic World coaster at Universal’s Islands of Adventure.

Jurassic World VelociCoaster officially debuted June 10 after several weeks of a soft opening. To celebrate the thrill ride, fans waiting in line on opening day got free churros and the coaster got prime-time attention on the “Today” show (which is owned by the same company as Universal parks).

Disney World’s latest ride opened in October at Epcot. Fans could hop on Remy’s Ratatouille Adventure, a family-friendly ride based on the 2007 film.

What also stood out in 2021 was a new Halloween event at SeaWorld Orlando.

For the first time, SeaWorld jumped into the spooky Halloween competition that Disney and Universal have dominated for years. SeaWorld ran a month of haunted houses, scare zones and shows for Howl-O-Scream, the first special ticketed event geared for teenagers and adults.

And the pandemic could not stop Disney World from celebrating its 50th anniversary. The milestone is a reminder of the long history of Disney and how the Magic Kingdom changed the trajectory of Orlando to be one of the largest tourist destinations in the world.

The anniversary kicked off Oct. 1. The festivities last for 18 months which will include at least one new thrill ride opening when the highly anticipated Guardians of the Galaxy: Cosmic Rewind — one of the world’s longest indoor coasters — is set to debut next summer.

Several major administrative changes happening behind the scenes at the parks also made headlines in 2021.

Some theme park workers got pay bumps this year. At Disney, workers began getting paid at least $15 an hour.

The company and its largest union coalition reached a contract agreement in 2018 to phase in the $15 hourly pay by October.

Universal, which isn’t unionized, also raised minimum pay for its workers to $15 an hour in June.

SeaWorld Entertainment named interim CEO Marc Swanson as the company’s permanent leader in May. Swanson had been a longtime executive at the Orlando-based company which operates 12 parks across the country, including SeaWorld Orlando and Busch Gardens Tampa Bay.