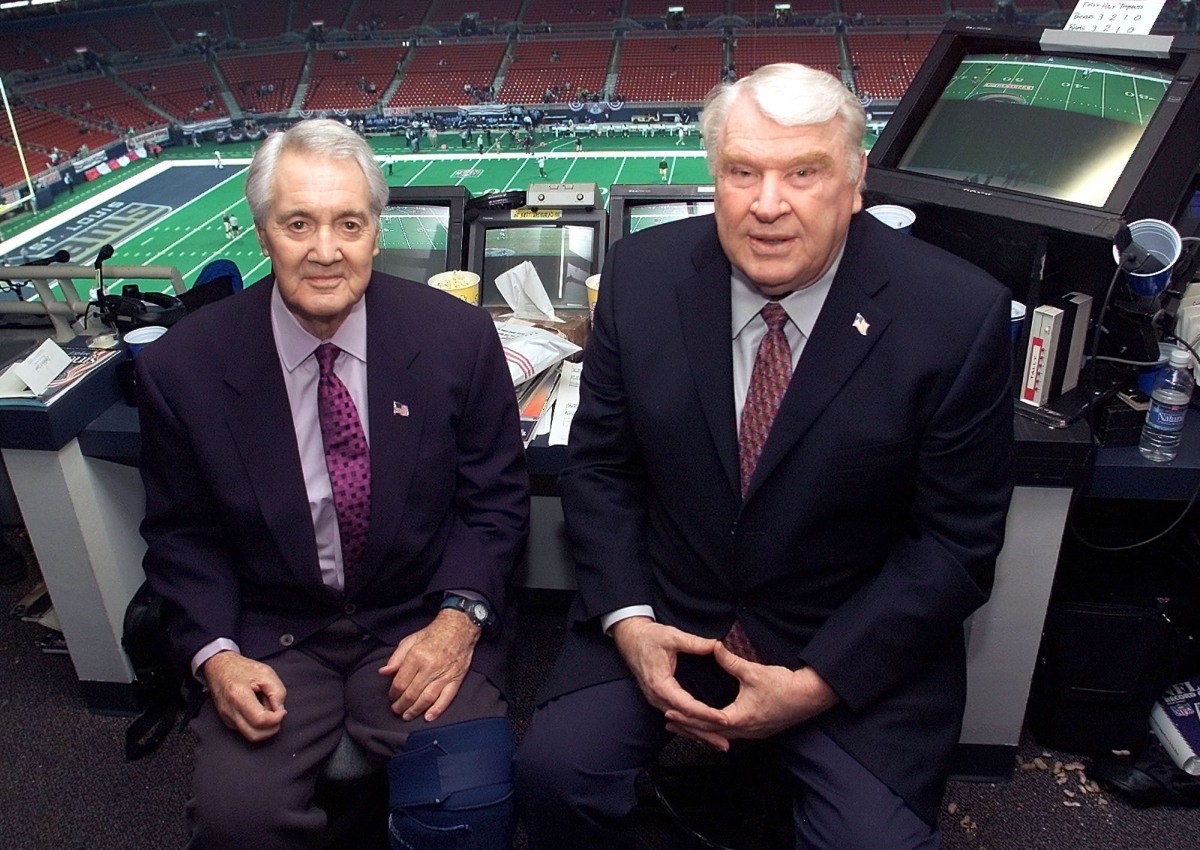 NFL legend John Madden, who passed away earlier this week, was a fixture first on the sideline, then on football game telecasts.

Madden’s career spanned eras, and arguably the most interesting of all was the 22 years he spent with Pat Summerall in the broadcast booth.

Summerall, a former kicker in the league, likewise had numerous broadcast partners. But the dynamic with Madden was perhaps the best known, with the two soundtracking eight Super Bowls and dozens of Sunday afternoons.

Summerall’s daughter, political consultant Susie Wiles, offered her own perspective on one of the most legendary dynamics in television sports, one that lasted until Summerall was 71.

“It was a true, true friendship,” Wiles said Thursday.

Wiles noted that her father often had to get out of his comfort zone during his time working with Madden, including getting on the bus Madden used to travel because he didn’t like to fly. Their families were friends throughout the on-air stint, with Madden and Summerall’s sons collaborating in a television ad for the Oldsmobile car company.

Wiles also offered insight into how the Madden/Summerall team came together decades ago. Her father had been working with Tom Brookhiser, and the powers that be had wearied of their freewheeling approach.

“They made the broadcast a little too exciting,” Wiles said, describing a “fun streak” in their commentary.

The adjustment to Madden’s approach was a challenge.

“Stylistically, they could not be more different,” Wiles said, noting her father didn’t “get” the Telestrator, the gimmick Madden used to draw plays on the screen on Fox.

“It was perfect. They reinforced each other’s natural styles,” Wiles related, contrasting the “verbose” Madden with Summerall, who would “steer the conversation” and “let John be John.”

Wiles stressed that the calls were always about the action on the field, a contrast to some of today’s commentary in her eyes.

“It was a great partnership,” Wiles added, “and it would get better every year.”

Madden went on to finish his broadcast career with another legend, Al Michaels. But those who remember the Madden/Summerall run will never forget it.

nextOutlets hurt by dwindling public interest in news in 2021