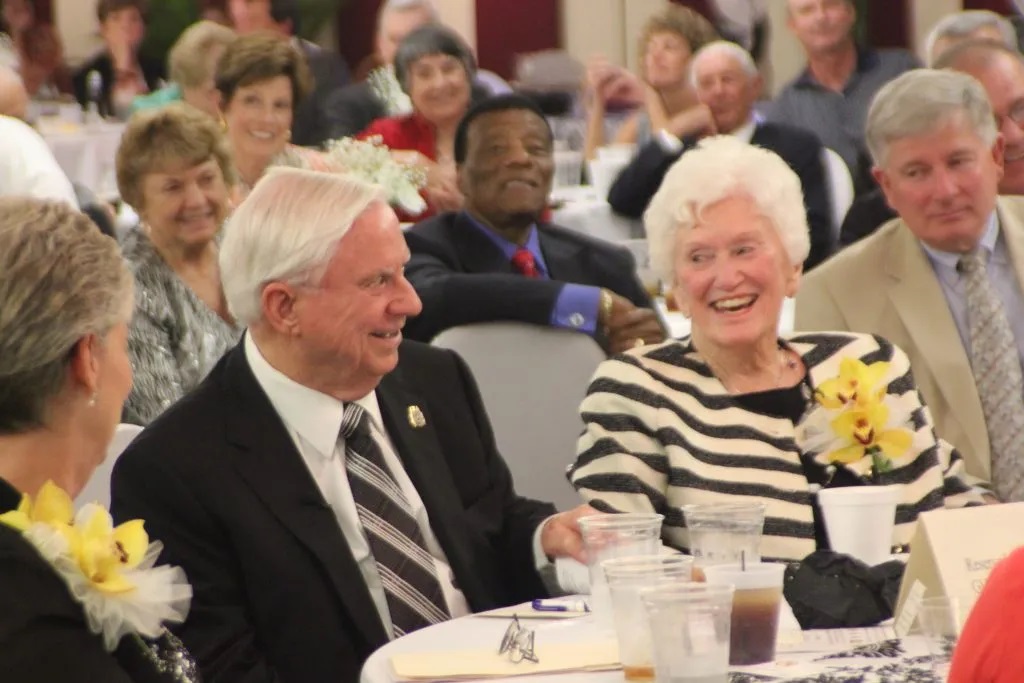 'Louie Wainwright was someone who honestly believed in corrections instead of punishment.'

His name appears in two of Florida’s most notable court decisions protecting the rights of prison inmates.

But Louie Wainwright dedicated much of his life to running Florida prisons.

His death at 98 on Dec. 23 in Tallahassee was announced recently by officials at the Department of Corrections.

Wainwright was the head of the department for 25 years, retiring in 1986 after a lifelong career at the agency. Associates credit him with changing the prison system into an agency that attempted to rehabilitate inmates instead of merely locking them up.

But legal scholars will most remember him for two U.S. Supreme Court decisions in which Wainwright, as the secretary of corrections, was lead defendant.

Best known is Gideon v. Wainwright, the 1963 decision that guaranteed a constitutional right to have a lawyer appointed in state courts. That decision stemmed from a lawsuit brought by Clarence Earl Gideon, a defendant charged with breaking into a Panama City pool hall with the intent to commit a misdemeanor.

Gideon could not afford a lawyer and the court would not appoint counsel unless a defendant was charged with a capital offense that could result in the death penalty.

Gideon defended himself, making an opening statement to the jury and cross-examining state witnesses. The jury found him guilty and he was sentenced to five years in prison. Gideon appealed to the Florida Supreme Court but it denied relief at a time when lawsuits were being filed in state and federal courts challenging the refusal of courts to appoint lawyers in thousands of criminal cases around the country.

From a state prison cell in Raiford, Gideon used the prison library and in pencil appealed to the U.S. Supreme Court in a suit he filed against Wainwright, thus ensuring that their names would be forever linked in the famous case.

The Supreme Court appointed prominent Washington attorney Abe Fortas to represent Gideon. In a unanimous decision, the court ruled that defendants who could not afford a lawyer were entitled to have one appointed.

The nation’s highest court had to overturn a precedent that had been on the books since 1942.

As a result, about 2,000 people were freed from Florida prisons and Gideon got a new trial. A jury acquitted Gideon the second time around and he was freed.

The court decision also contributed to the creation of public defender offices for future defendants.

The other case that created legal history in Wainwright’s name was decided in 1986, the same year he retired. It involved Alvin Bernard Ford, a death row inmate, and the court ruled that the Constitution prohibits the use of the death penalty when the defendant is insane. Additionally, the court concluded that the procedures Florida used to determine sanity were not adequate.

“What Askew found in Louie Wainwright was someone who honestly believed in corrections instead of punishment,’’ Crosby recalled. “He pioneered a classification process and opened a reception and medical center that at the time was very unusual, particularly in the South.’’

Wainwright was preceded in death by his first wife, Edna, and second wife, Anabel. His sons, Louie Wainwright Jr. and Michael Wainwright, and eight siblings also died before him.

The Department of Corrections has asked that memorial donations be made in lieu of flowers to the Louie L. Wainwright Scholarship Fund through the Corrections Foundation.