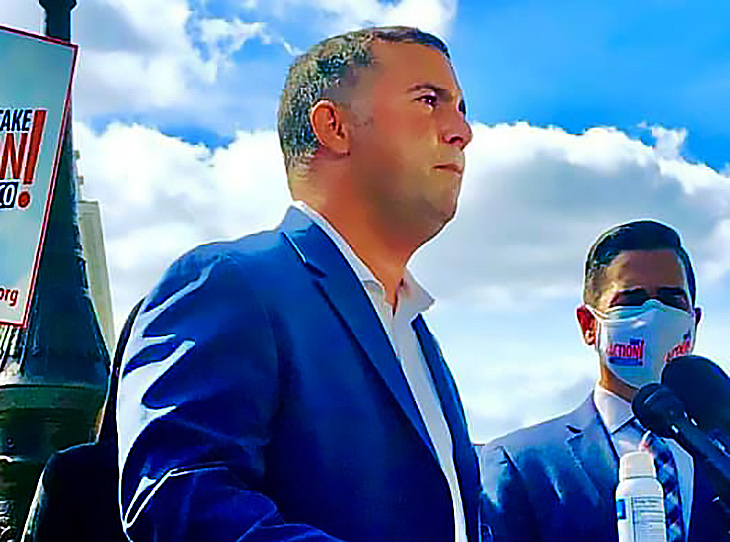 'Today, it would be met with overwhelming and superseding force.'

A year ago, Jan. 6, 2021, there was a moment inside the U.S. Capitol when Rep. Darren Soto and others huddled in the House of Representatives gallery as gunfire sounds coming from the corridor had him genuinely fearing he and other lawmakers might be assassinated.

And there were moments Soto recalls from that day that he believes saved the American democracy: when the state election certification boxes were sealed and secured from theft and when congressional leadership decided Congress would return that day to finish the job of certifying the 2020 presidential election, rather than abandon the Capitol, as many in security were advising them to do. If either had not happened, a constitutional crisis could have suspended America’s democracy, he believes.

“There’s no question it was an act of domestic terrorism,” Soto said in an interview Thursday with Florida Politics, marking the occasion. “This was a violent attempt to prevent a peaceful transfer of power. It wasn’t just any hearing in the House they interrupted. They interrupted the Electoral College hearings. So there’s no question on the intent and the goal.”

And yet the Kissimmee Democrat looks at the year since what he called “the only violent transfer power in our nation’s history” with a sense of victory for democracy, and with hope that things are getting better despite continuing deep political divides.

“I think we’re getting there,” he said.

“I think they will meet the day in protecting the Capitol and prosecuting those who violently breached the Capitol,” Soto said. “I think we have a lot of work to do to try to hold those who organized it accountable. But the big difference is, we have a Justice Department willing to enforce subpoenas through criminal charges.”

— More than 700 insurrections have already been charged with various crimes, and investigations continue “methodically,” he said.

— There is much better information sharing between the FBI and the Capitol Police.

— Despite obvious partisan divisions — including some Republican colleagues denying that what happened in the Capitol a year ago was an insurrection — and despite some famously partisan splits on big-ticket bills, Soto insisted bipartisan work has not been abandoned.

“Despite our vehement differences, I have continued to work with every Florida Democrat and Republican in the House,” Soto said. “Look no further than an Everglades letter that I authored just a few weeks ago, and a letter to approve travel visas just a week and a half ago.”

“We’ll continue to work in a bipartisan fashion because we have to,” he added.

— While conspiracy theories run rampant, many stoked by former President Donald Trump and his closest supporters, Soto is confident historians and the public have what they need to sort out what happened.

“The key about Jan. 6 is it is so well-documented, it was so well-filmed, it was so well-chronicled, that any attempts to try to revise it may work with an extreme minority of the population, but to the majority of Americans it’s glaring: a violent attempt to overthrow our democracy, the only violent transfer of power in our nation’s history,” Soto said.

— Congress approved a supplemental security appropriation to harden the Capitol, to increase funding for the Capitol police, and for the National Guard.

“If an attempt like what happened on Jan. 6 happened today, it would be met with overwhelming and superseding force,” Soto said. “Our intelligence agencies are present and the Congress understands that, sadly, the biggest threat to American democracy right now is domestic terrorism.”

That was not the case a year ago.

On Jan. 6, 2021, Soto was in the House gallery when the Capitol was breached, insurrectionists stormed the corridors looking for lawmakers, security advised lawmakers to hunker down, and then gunshots rang out. In one famous photograph of House members crouching and laying low in the gallery, Soto can be seen among them, seeking cover behind some chairs.

“When I heard gunshots fired while laying on my back in the gallery stuck with other members of the House, that was when I thought I actually could die,” Soto recalled.

previousCOVID-19 testing recommended for symptomatic residents who are elderly, pregnant or immunocompromised, but not others