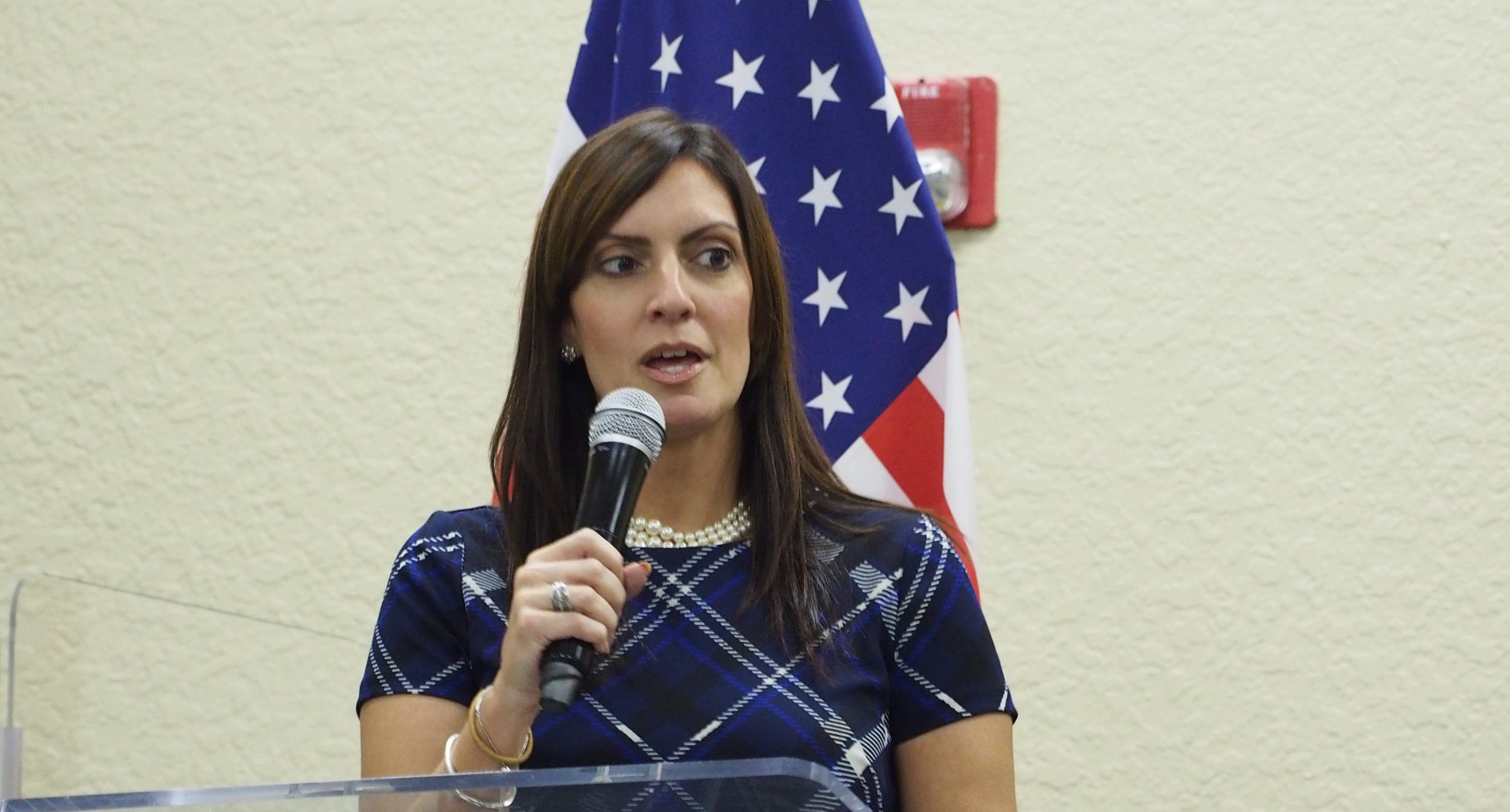 Florida Lt. Gov. Jeanette Nuñez on Sunday criticized Nikki Fried for comparing Ron DeSantis to Adolf Hitler, calling the comparison “despicable” and saying that “if it wasn’t so sad, it would be laughable.”

Nuñez appeared on “Fox and Friends,” when host Rachel Campos-Duffy asked the LG about the Agriculture Commissioner’s controversial comments from a radio interview on Friday.

“What we’ve seen in terms of her reference is that she is no student of history. Because Gov. DeSantis has stood strong on the side of freedom. He’s protected people’s liberties throughout this entire pandemic,” Nuñez said.

“And as it relates to our stands, Gov. DeSantis is the most pro-Israel governor in America. He has dedicated historic funding to protect Jewish day schools. He has fought the BDS movement and made sure companies like Ben & Jerry’s are held accountable. And he’s prioritized Holocaust survivors throughout this entire pandemic,”  Nuñez added.

Fried, who is a candidate for Governor, doubled down on her analogy when challenged.

The Governor has not responded personally to the latest attack from Fried, but others have made their position clear.

“If we had an honest media instead of DNC stenographers, reporters would be criticizing Nikki Fried‘s dishonest and offensive claim that Gov. DeSantis is the modern Hitler. Such a comparison trivializes Hitler’s crimes against humanity. This is not funny, it’s sick,” Pushaw tweeted.

By Saturday afternoon, the first Republican call for Fried to step down came from a Florida lawmaker.

“As a Jew, I am repulsed by Nikki Fried comparing (Gov. DeSantis) to Hitler. No Governor has done more to help Jews in their state than Gov. DeSantis. She needs to disavow her repugnant anti-Semitism — or resign,” tweeted Rep. Randy Fine.