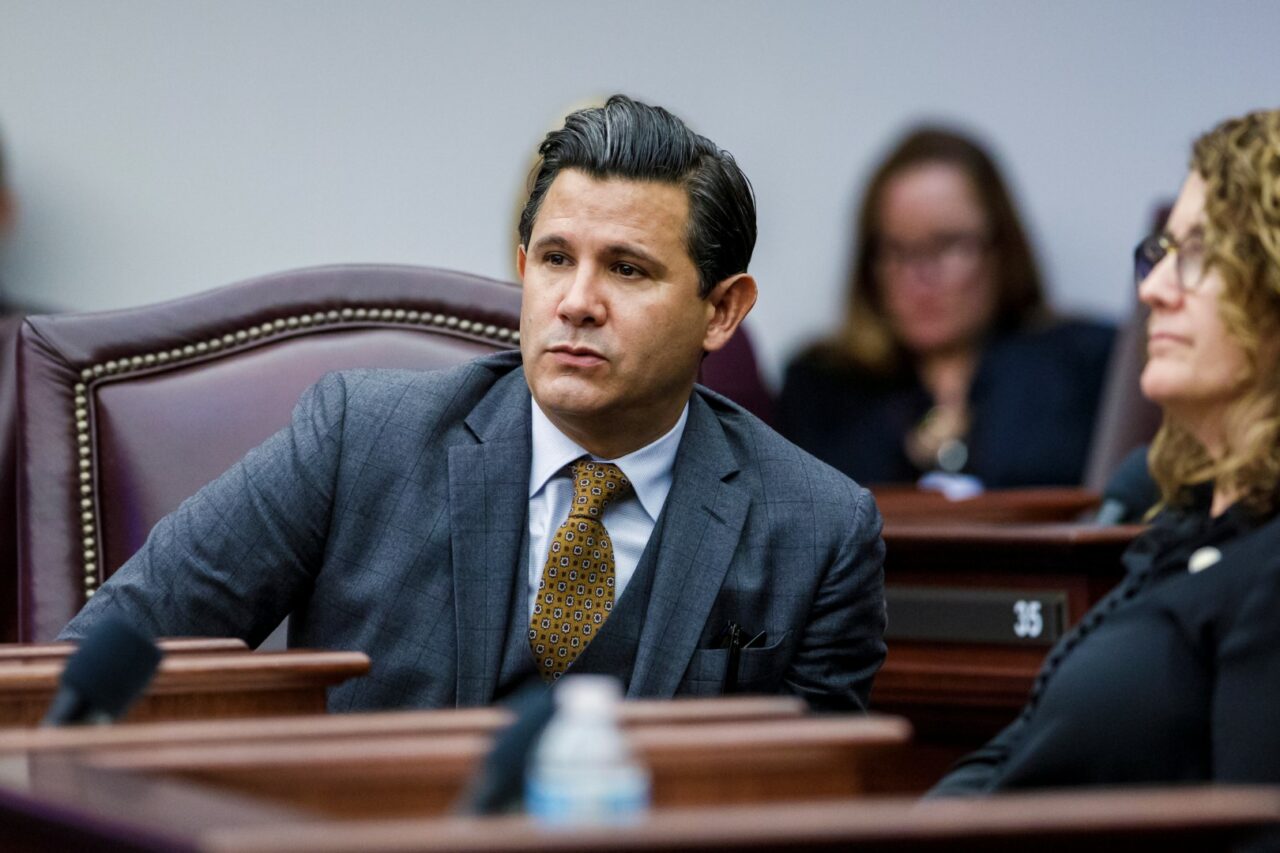 Florida could be looking at fewer, bigger facilities, but smaller counties fear that could devastate economies.

Chris Doolin started out, as he said, by putting a flag on the beach.

“We know that (the Department of Corrections) is struggling. We know that the Legislature has to deal with the challenges they have,” he told the Senate Committee on Criminal Justice Tuesday. “Our concern — not only with the department itself and the challenges they have — is that these institutions are embedded in rural Florida. What decisions you make there have a significant impact on these rural areas.”

Doolin represents the Small County Coalition of Florida. He spoke to the committee after a presentation from Department of Corrections Secretary Ricky Dixon. Dixon runs the country’s third-largest prison system. But the infrastructure used to house and rehabilitate Florida’s 80,000 incarcerated inmates and 144,000 supervised offenders is crumbling.

The state pays correctional officers $33,500 to start, far less than what most county jails pay. The state prison system, Dixon said, needs to fall at or below a 3% vacancy rate among officers to operate at safe and adequate levels.

The department is currently sitting at a nearly 32% vacancy rate.

The state system is hemorrhaging staff to county and even out-of-state systems. Conditions for guards can often be as grueling as it is for prisoners. For most of 2021, Florida lost 150 to 200 more guards than it hired each month, DOC data shows. Most of the 57 prison complexes in the state were built before the interstate system and around 85% don’t have air conditioning. Dixon said a one-time boost in funding from the Legislature last year helped retain some workers, but funding needs to be sustained.

As the staffing shortage has grown more dire, DOC is being forced to consolidate with emergency closures. Those closures include two institutions, 203 dorms, five community release centers and 28 work camps. In addition, 431 supervised work squads have been suspended.

That means DOC employees and inmates are being packed into inadequate, overpopulated facilities, and programs known to reduce recidivism — like vocational and educational training — are not being offered. In many cases, prisoners aren’t able to get mandated time outside of their cells or even access to medical care.

And while Sen. Dennis Baxley pointed out that they’re “not running hotels, we are running a prison system,” prisoners still are guaranteed humane conditions. Studies conducted both nationally and internationally have found harsher prison conditions often lead to higher rates of recidivism.

Dixon asked the committee for $142 million in funding this year to raise the starting salary to $41,000 and give bonuses and raises to veteran employees. He also wants $20.8 million for infrastructure and IT improvements; $31 million for education and inmate health and well-being services; $6.5 million for safety improvements and $5 million for a prison modernization study.

“I think this is extremely important as we look at the economic and demographic trends facing Florida over the next several decades and determine the number and where best to build state-of-the-art, modern prisons with air conditioning, with environments conducive to a lower violence rate and better behavior of our prison systems.”

Dixon added the study, which he said could be completed in 18 months, would also identify which prisons deserve continued investment. Democratic Sen. Jason Pizzo, the committee chair, said the study’s results likely won’t be a surprise.

“My gut has told me for a while,” Pizzo said, “under the auspices of a safe, clean, civilized environment for all parties concerned — and to give anyone a chance once they’re released with 30% of the population being released every year — what we have doesn’t work. It really doesn’t work… I think the study is going to bear that we need fewer, better, new facilities that actually have vocation education.”

But fewer, newer facilities would mean closing those out-of-date rural prisons Doolin and the Small County Coalition hope to keep open. Pizzo said he has traveled to some of the remote prisons scattered across the state. Many, he said, are surrounded by lone motels charging exorbitant rates. Doolin said those prisons help some rural economies run.

“We would hope that if decisions are made regarding closure that it wouldn’t leave a county with a prison without a prison,” Doolin said. “If that happens, it affects the employment. It affects revenue sharing — there’s a supplemental distribution based on the … population of prisoners. It affects the schools.”

Pizzo said the duty of the state’s prison system is punitive but also to rehabilitate and deter future crime, not support local economies. He said prisoners deserve punishment, but they also deserve the opportunity for correction.

He added, “We need to get to the point where we can look at inmates — and loved ones of inmates — to say, ‘No, you had an opportunity. You had a chance. And you blew it.’ We’re not there.”