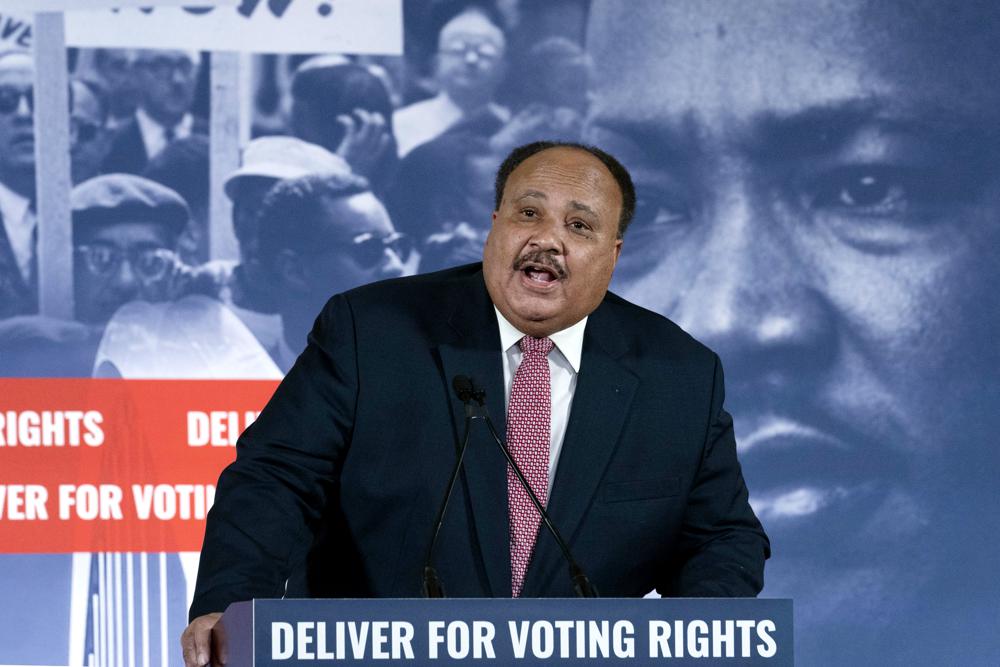 The sweeping elections bill being considered by the Senate is about far more than voting.

The legislation is an effort by Democrats to pass a major overhaul before the November elections. It’s a response to what voting advocates say is an effort by Republican-led states to make it harder for Black Americans and others to vote.

But the bill appears headed for defeat because of unanimous opposition from Republicans, who say it is too far-reaching. Resistance from two Democratic senators has made it impossible for Democrats to move forward on their own.

A look at what is in the bill:

Advocates say new voting protections would counter a wave of recent restrictions passed in 19 states and fueled by Donald Trump’s lies that he lost the 2020 presidential election due to voter fraud. No significant fraud was found by Trump’s Department of Justice and by repeated independent investigations.

The bill calls for automatically registering citizens to vote in every state, requires that all states allow anyone who wants to vote by mail be able to do so, and says that mail ballots postmarked by Election Day can be counted as long as they arrive within seven days of the close of polls. It would require a minimum number of drop boxes where voters could deposit mail ballots and let convicted felons vote after they have been released from prison.

Many of the bill’s voting provisions have been Democratic dreams for some time. Recent additions are aimed at what some experts say could be even a greater threat to democracy than restrictive voting laws.

Trump has encouraged supporters to run for positions overseeing elections as he continues to claim the 2020 election was tainted. There are concerns that his supporters could try to throw future elections or impede the vote counts by nonpartisan election officials.

The bill would make interfering with the vote count or failing to accurately report the results of that count a violation of the Voting Rights Act. It would make it possible for nonpartisan election officials to sue if they are removed for partisan reasons, mandate a paper record trail for all ballots so they can be easily recounted and create cybersecurity standards for election machines.

A separate push in Congress to amend the 1887 law that lays out a complex procedure for counting votes in the Electoral College has attracted some Republican interest. The bill before the Senate is silent about that subject.

The bill would ban partisan gerrymandering — the act of redrawing political maps to make it easier for one party to get its representatives elected. Such a ban is a Democratic priority. Because Republicans control more state governments than Democrats do, the GOP has been able to exploit gerrymandering more than Democrats recently, though the two parties are close to parity in the latest, once-a-decade redistricting process.

On campaign finance, the bill requires any entity that spends more than $10,000 on elections to disclose its major donors. This is an attempt to pierce the veil of “dark money” that a Supreme Court ruling helped allow into campaigns. The bill allows states to offer matching funds for small-dollar donations to races for seats in the House of Representatives.

The part of the bill named after Lewis, the late civil rights leader and Democratic congressman from Georgia, updates the Voting Rights Act and is a direct response to a Supreme Court ruling that weakened the law’s oversight of states with a history of discriminating against Black and other minority voters.

In 2013, the Supreme Court struck down the formula used to determine whether a state, county or city has such a history of discrimination that it needs to get permission from the Justice Department before changing voting laws and redrawing political lines. At the time, nine predominantly Southern states, including Republican stronghold such as Alabama, Louisiana and Texas, and dozens of counties required such federal approval.

If that requirement was still in effect, civil rights groups say, many of the most controversial voting law changes passed last year may never have happened. It may have also limited Republican gerrymandering in some states.

The bill before the Senate would provide a new formula to start the “preclearance” process. It would strengthen provisions of the Voting Rights Act to counter a Supreme Court decision last year that made it harder to sue over laws that hamper minority voting.