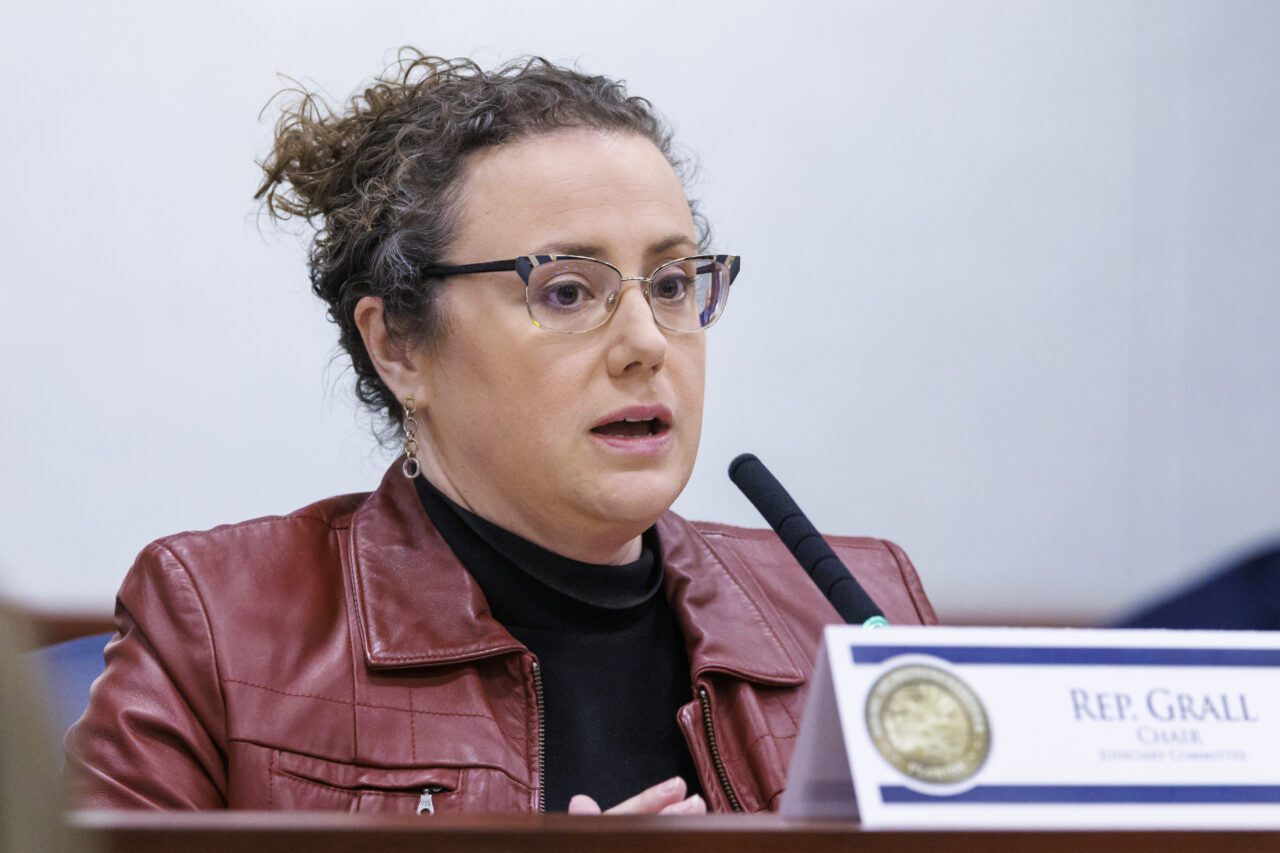 After months of rising tensions on the issue of abortion, Democratic lawmakers got their first swing Wednesday at a bill that would prohibit abortion after 15 weeks of pregnancy in Florida.

The measure (HB 5) is among the most contentious proposals of the 2022 Legislative Session. In a packed committee room, Democratic lawmakers swarmed the sponsors — Reps. Erin Grall and Jenna Persons-Mulicka — with questions and debate on the multipronged proposal.

“HB 5 is nothing but an egregious attack on the rights of Floridians. It’s anti-freedom and political interference,” said Minority Leader Evan Jenne. “We can’t claim ‘free State of Florida’ if we, as a legislative body, are considering legislation that forces victims of incest or rape to carry out an unwanted pregnancy.”

Democratic lawmakers probed the Republican pair on the measure’s legality, noting a similar bill in Mississippi awaits a ruling by the U.S. Supreme Court. A judgment is expected in June.

They also questioned the sponsors, asking if they considered the measure’s impact on low-income women. Those women are more than five times as likely to experience an unintended pregnancy than affluent women, according to the Brookings Institution.

Democratic Rep. Anna Eskamani of Orlando lamented that a pregnant Floridian’s nearest abortion alternative would be North Carolina if the measure is passed.

“I oppose this extreme bill because it targets and punishes poor people for being poor,” Eskamani said.

Democratic Rep. Michele Rayner characterized the measure as an assault against minority women. The bill, she asserted, strips minority women of bodily autonomy.

“The only time we’re concerned about children, especially Black babies, is when we have a discussion about abortion,” Rayner said.

The Professions and Public Health Subcommittee approved the measure with a party line vote. The measure is slated for two more committee stops before appearing on the House floor.

Florida law currently prohibits abortions during the third trimester — up to 24 weeks — with certain medical exceptions.

Many Republican-led states, however, are challenging abortion rights. In October, Texas enacted one of the strictest abortion laws in the nation, making the procedure illegal after six weeks. West Virginia, meanwhile, introduced legislation Tuesday to impose a 15-week abortion ban.

Notably, Florida Democrats are not entirely opposed to all portions of the measure. The proposal would loop pregnant women into a tobacco education program. It would also create an infant mortality review process, bolster infant mortality-reduction initiatives and enhance Florida’s abortion reporting requirements to include instances of human trafficking. Florida ranks 18th in the nation in infant mortality.

Eskamani — a former Planned Parenthood employee — filed an amendment to nix solely the abortion portion of the bill. The amendment failed along a party line vote.

Rep. David Borrero of Sweetwater stood as the sole Republican lawmaker to speak in favor of the bill during the meeting, though all Republicans voted yes.

He described an abortion after 15 weeks as shocking and archaic, arguing that science shows babies are more developed than previously believed.

A child at that stage, he said, can hear and feel.

“How we can deny the right of life and the full protections of the law to someone who can actually feel pain is morally unthinkable,” Borrero said.

Grall’s abortion bill joins others filed by Republican lawmakers. Republican Rep. Webster Barnaby of Deltona filed legislation in September to enact an abortion law similar to Texas’ heartbeat law. That measure, though, has yet to appear before a committee and is unlikely to move forward. It contains a provision allowing citizens to report unlawful abortions.

Grall argued her measure simply aims to protect the sanctity of life. In 2020, she noted, state officials recorded 209,645 live births. Alternatively, there were 72,073 abortions performed. More than half of the procedures were elective.

“We killed over 25% of Florida’s children in 2020 and that’s an atrocity,” Grall said, who shared that her sister once underwent an abortion procedure.

Persons-Mulicka echoed the sentiment, saying the Legislature’s chief goal should be to give babies the greatest shot at life.

“Every baby deserves an opportunity,” she said.

The proposal will appear next before the Health Care Appropriations Subcommittee and Health and Human Services Committee.

previousJacksonville Bold for 1.19.22: The Governor’s map