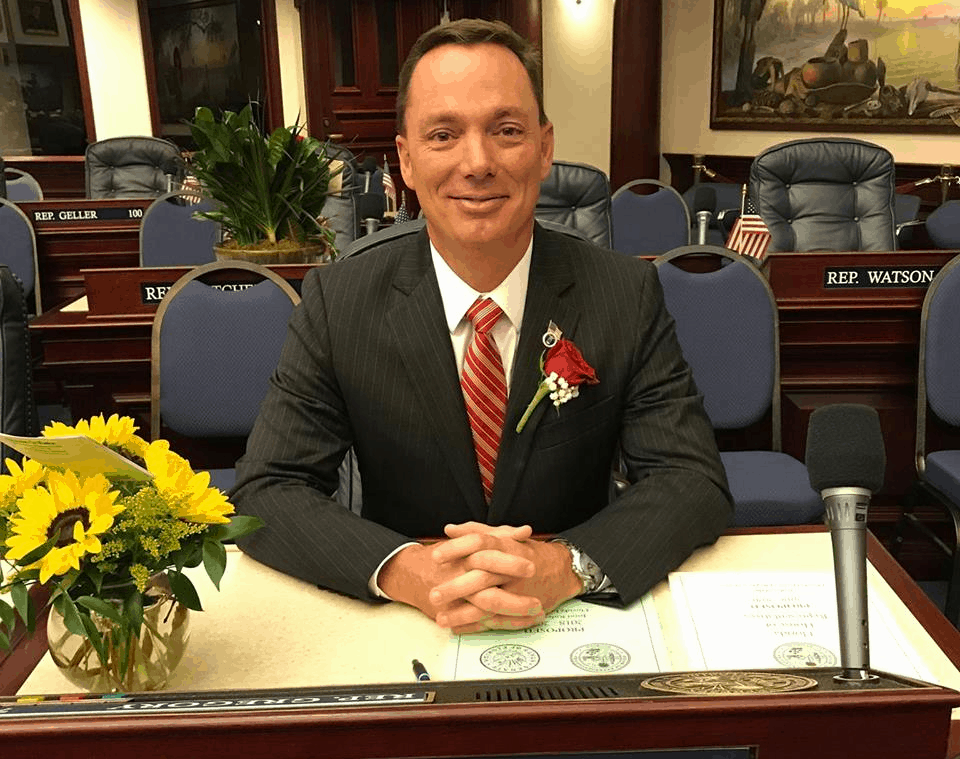 That could set up a Primary with classmate James Buchanan.

Rep. Tommy Gregory said he’s planning to run in the district where he lives, regardless of the political landscape.

A House map (H 8009) just advanced by the House Legislative Redistricting Committee put the Sarasota Republican in House District 74. That means he shares the turf with Rep. James Buchanan, a Venice Republican.

That’s a big shift for Gregory, whose existing seat in House District 73 primarily includes east Manatee and only a portion of Sarasota County. But that portion happens to be where Gregory lives.

Actually, the way he describes it, it contains the home where he plans to live out his days.

“I have lived in that district since I retired from the Air Force. We bought land here, and I built my home here. This is my 22nd home because I was serving the military life. It’s my dream home. We chose this region because I love it.”

But ahead of Session, Buchanan made clear he also won’t move because of shifting political boundaries. Early drafts showed Buchanan would likely end up either in a district with Gregory or with Rep. Fiona McFarland, a Sarasota Republican.

Asked then, Buchanan didn’t hesitate when asked where he might run. “74,” he said, “where I live and represent.”

Both Gregory and Buchanan won their state House seats the same year, 2018. They share a class and a county delegation already, though perhaps not much longer.

Gregory wouldn’t speculate about a potential Primary with Buchanan or anyone else, but said he’s prepared to defend his job. “My record speaks for itself, and I’ll leave it at that for now,” he said.

It does seem likely whoever wins a Republican Primary will represent the region. An analysis by MCI Maps shows more than 58% of residents in the new HD 74 voted for Donald Trump in the last presidential election.

nextWinner and Loser of the Week in Florida politics — Week of 1.16.22