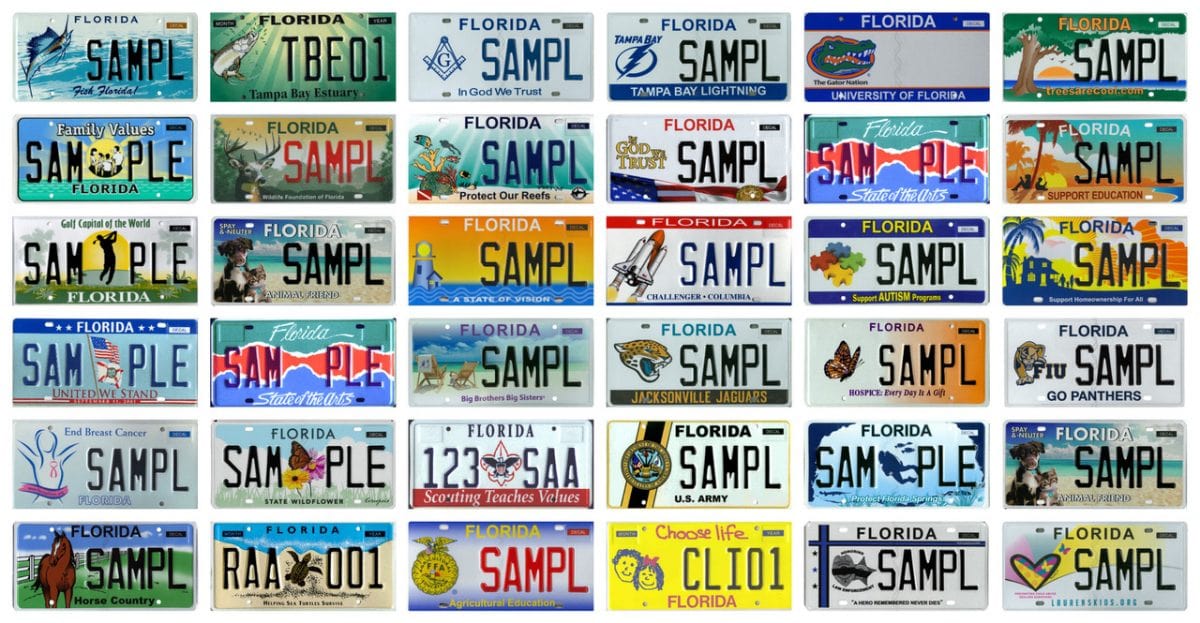 Senators are moving forward with a proposal to lower the number of pledges necessary to start printing specialty license plates.

Lawmakers approved a fleet of specialty plates just before the COVID-19 pandemic in 2020. With the pandemic, lawmakers say several of those plates are on the chopping block because they haven’t garnered the necessary number of pre-purchases.

The Senate Transportation Committee voted Tuesday unanimously to advance a bill (SB 364) dropping the number of necessary pledges to 2,500 for all plates. The bill also resets the 24-month clock on how long organizations have to reach the threshold on presales.

Fernandina Beach Republican Sen. Aaron Bean, who is sponsoring the bill, said of the 60 plates that were recently approved, 33 haven’t met the threshold to go to print.

“Who can blame them during the COVID? COVID changed everything,” Bean told senators.

In most cases, organizations behind new specialty license plates must obtain 3,000 presale vouchers before the state will begin printing the plates, in order to gauge interest.

However, Bean said revenue generated from the sales stay in Florida, paying to enhance education in the owner’s county.

Additionally, amendments to the bill added new selections, including plates representing Inter Miami CF, Down syndrome awareness, A Safe Haven for Newborns, the Pap Corps Champions for Cancer Research, Learn to Fly, Florida Swims and ethical ecotourism. The Blue Angels would also get a motorcycle plate on top of the planned car plate.

Initially, Bean’s bill would only have dropped the out-of-state school plate threshold to 3,000 to match the existing level of other plates. Lawmakers decided to go a step further with the changes the panel approved Tuesday.

Jacksonville Republican Rep. Clay Yarborough’s version (HB 891) currently only includes the out-of-state school plate measure, lowering the threshold to 3,000. The measure passed its first committee earlier this month and next awaits a hearing in the House Commerce Committee.

Both Bean’s and Yarborough’s versions would take effect immediately upon becoming law.