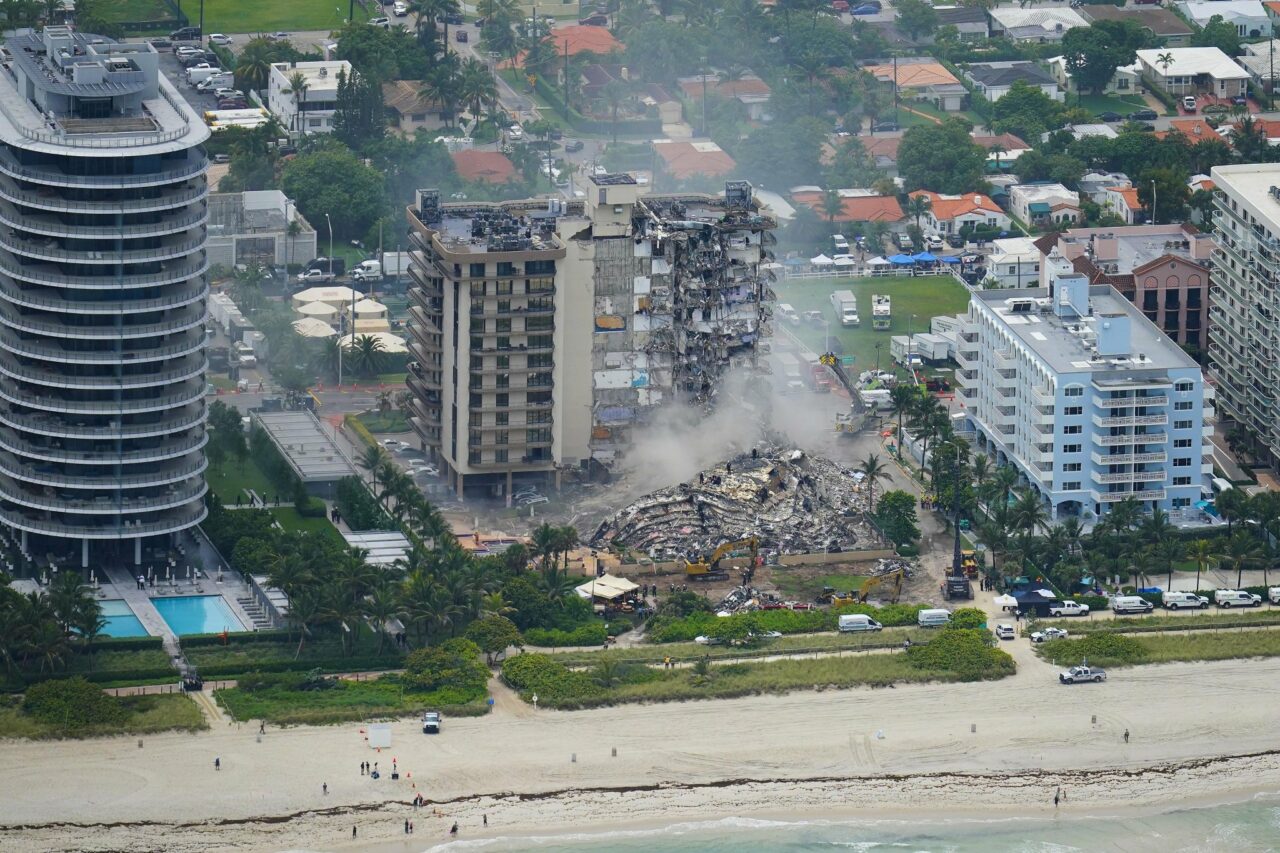 The legislation would require a two-part inspection at these buildings’ 30-year mark and then once every 10 years thereafter. Buildings within three miles of the coastline would be inspected after 20 years and every seven years thereafter.

Ninety-eight people died in the implosion of the 12-story Champlain Towers South. Engineers had warned years before the tragedy about abundant cracking in the 40-year-old structure, along with damaged and exposed rebar. After it imploded in the predawn hours of June, 24, it quickly made the list of the country’s worst building disasters.

The legislation proposes that a structural engineer or architect perform a visual exam of the building to look for structural distress and a threshold inspector would look at the building and perhaps conduct some testing to analyze the point at which components might fail.

“We have half a million condo units in our state that are between 40 and 50 years old or greater,” said Sen. Jennifer Bradley, who sponsored the bill. “There is no requirement that they be inspected. There is no requirement that the unit owners are aware of the condition of their building. So, while we all wish we could turn back time, what we can do is take meaningful action today to hopefully prevent this tragedy in other communities.”

The 30-year milestone for starting inspections was in recommendations received from several task forces that were galvanized to action when the tragedy struck.

“I’m not a building structural specialist,” Bradley said, explaining how she arrived at those thresholds.

Other recommendations that have yet to get hearings would also require that condos’ reserves get more scrutiny and require more education for board members. Lobbyist Travis Moore thanked Bradley for introducing this first piece of legislation with the rules update.

“There are many vital and important things that you will do this session, but I’m not sure there’s anything that will be more important than what we woke up to that day … never, ever happens again,” he said.