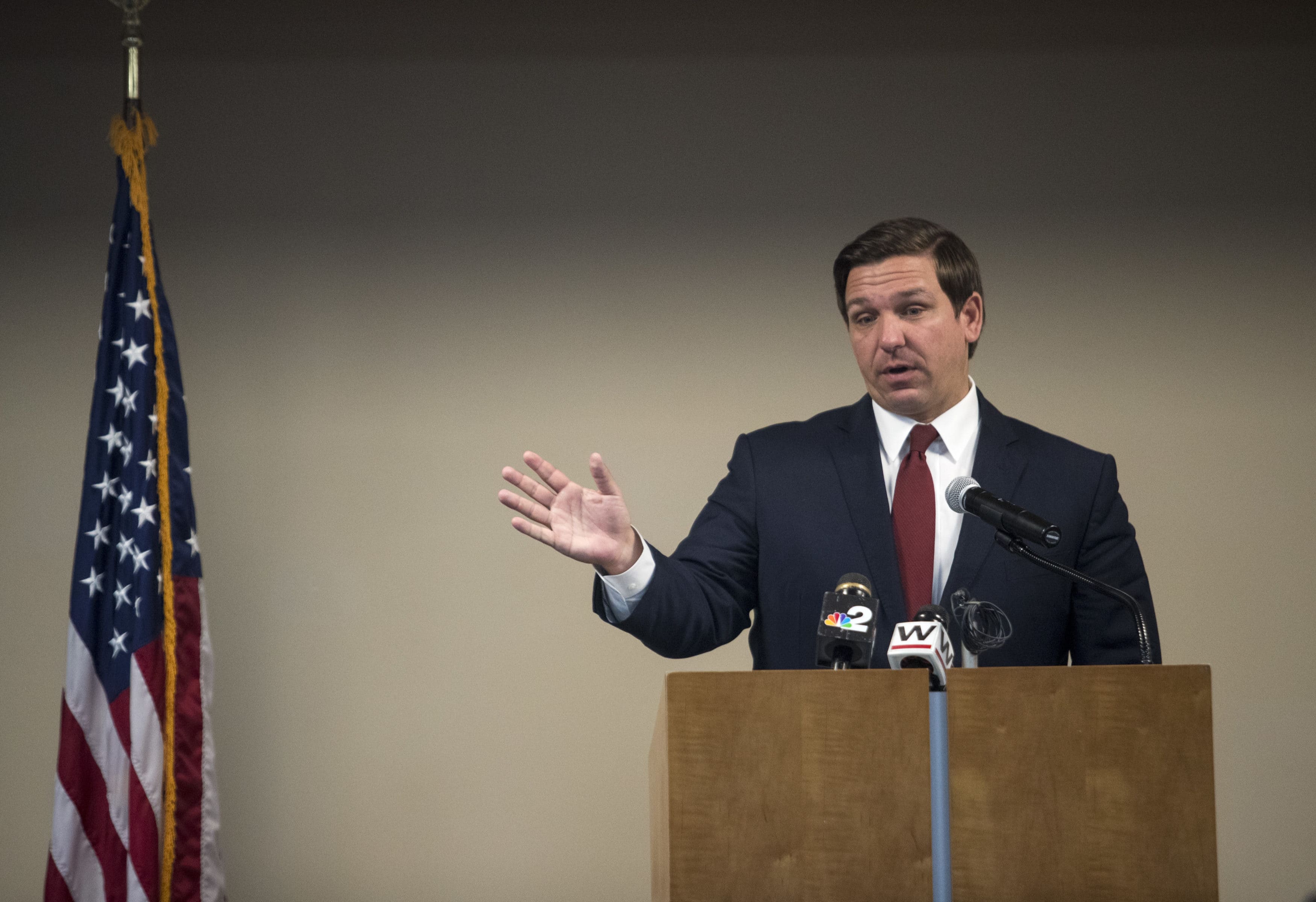 With a looming DOD vaccine deadline, the Florida State Guard may emerge as an option for the unvaccinated.

The Florida State Guard could scale up to a level of 500 troops and establish itself as a paramilitary haven for unvaccinated service members.

Gov. Ron DeSantis announced plans to resurrect the volunteer force in November. It would assist the National Guard with hurricanes, natural disasters and other state-specific emergencies.

DeSantis’ initial vision for the force included 200 volunteers at a price tag of $3.5 million. The Florida State Guard, however, may grow to reach 500 members, DeSantis said Wednesday.

“We’ve got so many people that want to be in the mix to help other people,” DeSantis said at a campaign event in Tallahassee.

The lack of a COVID-19 vaccine mandate is among the major distinctions between the Florida State Guard and the National Guard.

Secretary of Defense Lloyd Austin in August ordered that all troops — including members of the National Guard — get jabbed or face consequences, including possible discharge. All reservists and Guards members face a June deadline to get the shot.

“They would not be subject to vaccine mandates or anything from the feds,” DeSantis explained Wednesday of the Florida State Guard.

Despite the looming deadline, it is unclear how many of the Florida National Guard’s roughly 12,000 members are vaccinated.

The organization declined to provide more information on the issue, but said it is actively encouraging members to get the jab.

DeSantis’ plan to resurrect the Florida State Guard — which was disbanded in the late 1940s — garnered national media attention and widespread criticism from Democratic leaders and pundits.

“I have studied Hitler and how he got to power,” Fried told the radio station. “Wanting his own militia. Having his own army.”

Democratic Congressman Charlie Crist — who is also seeking to oust DeSantis — jumped on the issue too.

“No Governor should have his own hand-picked secret police,” Crist said after the announcement.

Despite the criticism, DeSantis on Wednesday mocked the initial media coverage. To his point, Florida would become the 23rd state with a state guard under the plan.

“If you turned on NBC, it was: ‘DeSantis is raising an army and he’s gonna raid the planet,” DeSantis quipped, later adding: “The response from people was… ‘Oh, hell. He’s raising an army? I want to join. Let’s do it.’”

The Florida State Guard — established in 1941 — filled in for Florida National Guard troops as they deployed abroad during World War II.