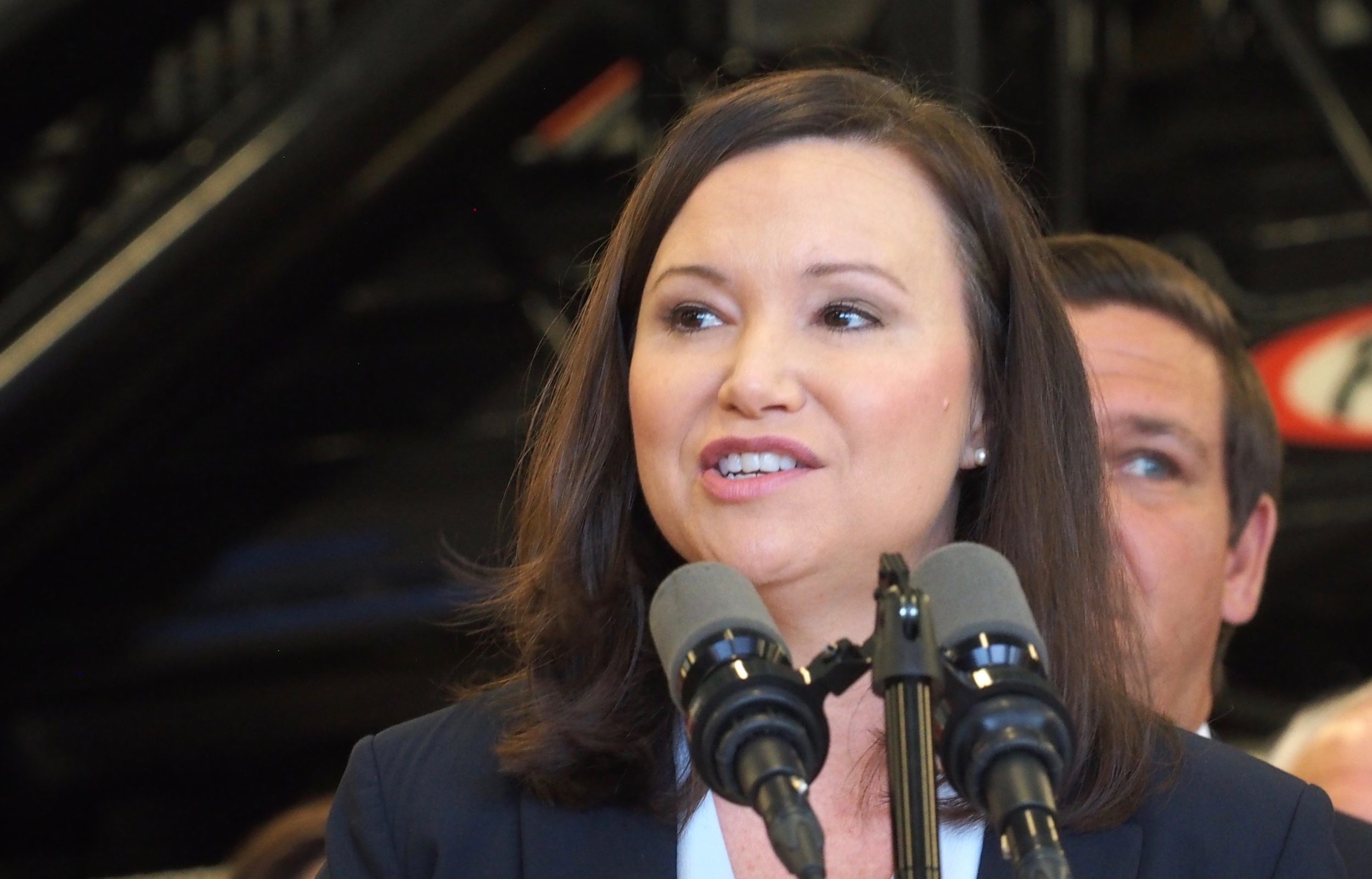 "Gov. DeSantis was completely right in calling out that nonsense."

On Sunday’s Fox and Friends, Florida’s Attorney General stood with supporters of the Canadian anti-vax “Freedom Convoy” against the GoFundMe service, suggesting that what the fundraising platform contemplated this weekend could have been illegal.

Ashley Moody told a Fox News audience that she and Gov. Ron DeSantis will not tolerate threats, such as that made by GoFundMe, not to distribute funds to causes it doesn’t support such as the “Freedom Convoy,” a group of Canadian truckers protesting the country’s COVID-19 vaccination requirements. The service threatened to redistribute the donations made to the truckers, freezing them on Friday, before deciding Saturday to reverse course and refund all donations.

Moody was incensed Sunday regardless.

“Think about what occurred here. You have a business that essentially makes money off people, out of the goodness of their hearts, wanting to contribute to a cause that’s important to them. You have a big business that encourages that. They take a percentage,” Moody said.

“They make money when folks raise money through their platform. And then, without any notice to anyone, and no donor knows this before they make a contribution, they’re going to make some political judgement that they think this isn’t a worthy cause anymore, and just shut down after raising millions of dollars,” Moody added.

“Folks wanted to help in this protest against heavy-handed government as people historically have done when government has tried to overreach and take away the freedoms of its people. People push back peacefully. And you have a business here that makes money off of people wanting to donate to that, and they just shut it down,” Moody asserted.

DeSantis had blasted the service Saturday, threatening action: “It is a fraud for Go Fund Me to commandeer $9M in donations sent to support truckers and give it to causes of their own choosing. I will work with AG Moody to investigate these deceptive practices — these donors should be given a refund.”

Moody noted also that the service had no problem funneling donations to groups like Black Lives Matter and the short-lived Seattle “CHOP” movement that sought to impose an autonomous zone in the Capitol Hill neighborhood.

“They even sent out a separate tweet themselves to encourage people to donate to their cause,” Moody said, before lauding the Governor for his “effective and timely” decision to “call that out.”