2020 election: Group of Florida Democrats braced themselves for interference if Donald Trump lost 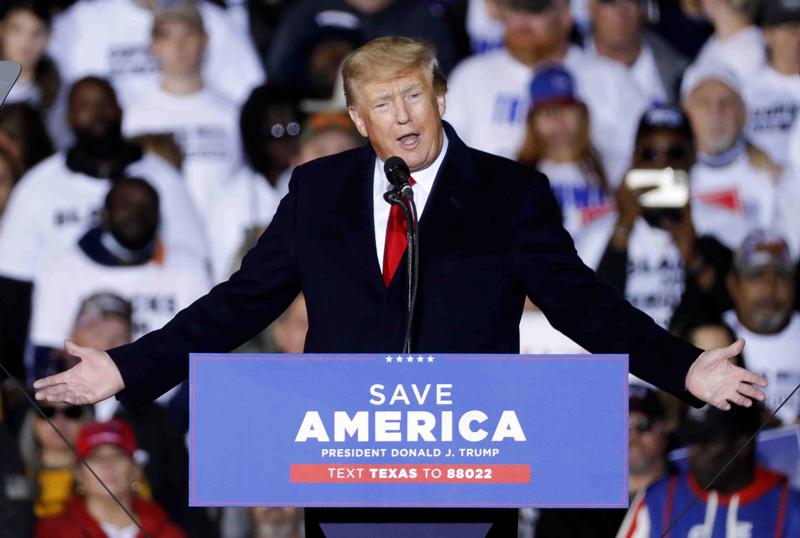 Outgoing Presidents are responsible for turning over documents to the National Archives at the end of the term.

A House committee is investigating whether former President Donald Trump violated the Presidential Records Act, after boxes of presidential records were discovered at his Florida estate and a news report surfaced of him destroying documents while in office.

Oversight committee Chairwoman Carolyn Maloney said in a statement Thursday that she was “deeply concerned that these records were not provided to the National Archives and Records Administration promptly at the end of the Trump administration and they appear to have been removed from the White House.”

Maloney, a New York Democrat, wrote a letter to the archivist, David Ferriero, seeking information on 15 boxes of records the National Archives recovered from Trump at his Mar-a-Lago resort, in Palm Beach.

The Presidential Records Act mandates that records made by a sitting president and his staff are preserved in the archives, and an outgoing leader is responsible for turning over documents to the National Archives at the end of the term.

The oversight committee is seeking communications between the National Archives and Trump’s aides about the missing boxes and information on what they may have contained. Maloney is asking for the information by the end of next week.

Records are central to any presidency, but Trump’s in particular have been at the center of an investigation by another House committee that’s investigating the violent Jan. 6, 2021, insurrection at the U.S. Capitol, which sought to stop the certification of the 2020 presidential election, won by Democrat Joe Biden. Trump, a Republican, tried and failed to withhold White House documents in a dispute that rose to the U.S. Supreme Court.

“The papers were given easily and without conflict and on a very friendly basis,” Trump said in the statement, which added that the records will one day become part of the Donald J. Trump Presidential Library.

There are also concerns that Trump was destroying records before he left office, and the House oversight panel wrote to the archivist in December 2020, as Trump’s term was winding down, about those concerns.

The National Archives, in its own statements earlier this week, acknowledged that Trump representatives had been cooperating with it and had located records “that had not been transferred to the National Archives at the end of the Trump administration.” The agency arranged for the documents to be transported to Washington, D.C., and did not travel to Florida.

The archivist’s office said the former president’s representatives are continuing to search for additional records that belong to the archives.

“Whether through the creation of adequate and proper documentation, sound records management practices, the preservation of records, or the timely transfer of them to the National Archives at the end of an Administration, there should be no question as to need for both diligence and vigilance,” Ferriero said. “Records matter.”

nextMike Beltran will shift to HD 70 to seek re-election