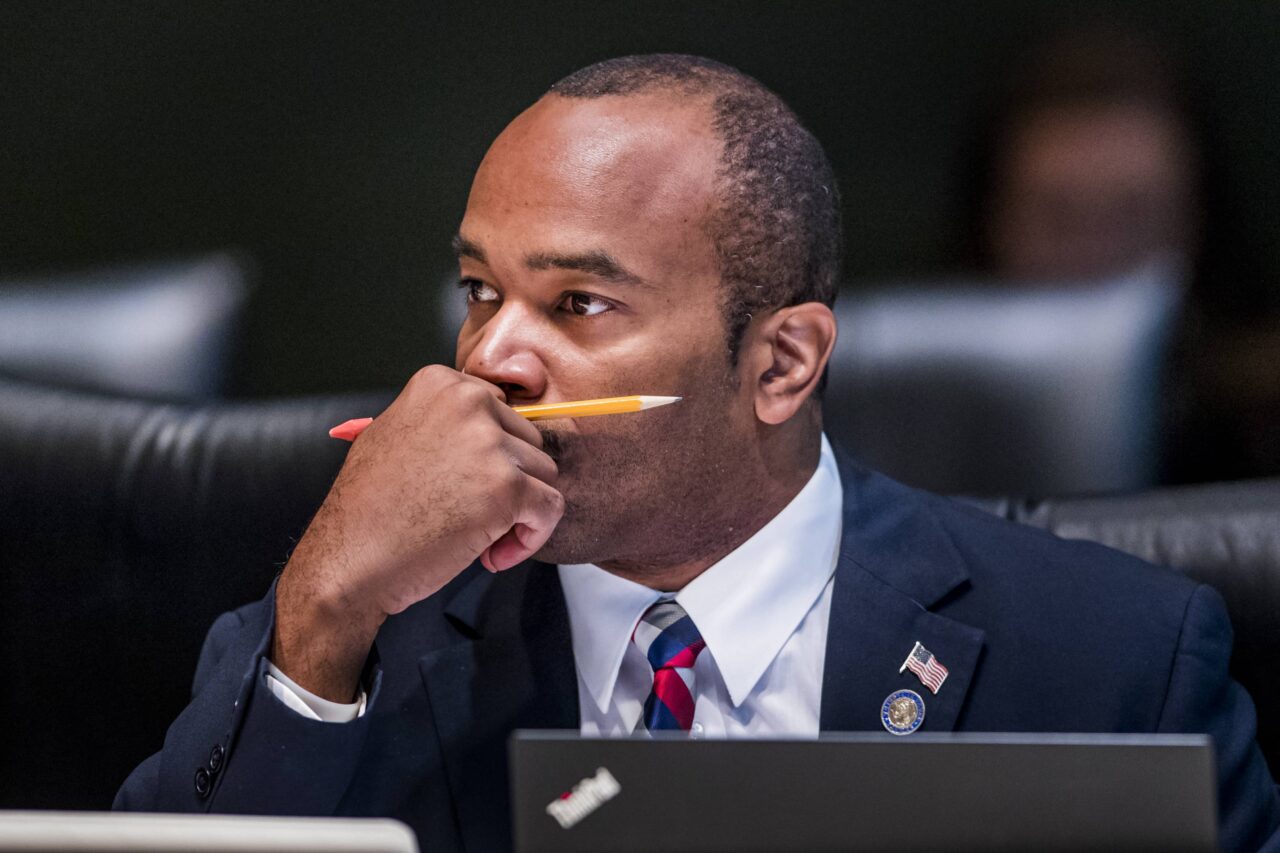 Bobby Powell slammed DeSantis' defense of comedian's right to use 'a dehumanizing slur rooted in slavery.'

Gov. Ron DeSantis’ advice this week, telling Joe Rogan not to apologize for past racial slurs, has raised the hackles of the Florida Legislative Black Caucus. The group is now calling on the Governor to apologize for his “unacceptable remarks.”

Rogan has become a lightning rod for criticism after singer India Arie showed a mashup of numerous times Rogan used the N-word on his podcast. After that, Rogan himself agreed he “f—ed up” by using the slur.

But DeSantis told Fox News three days ago that Rogan shouldn’t have apologized. Sen. Bobby Powell said DeSantis is erroneously portraying those offended by the use of the N-word as a “mob” that should be told to “pound sand.” Powell called the N-word “a dehumanizing slur rooted in slavery.”

“People throughout Florida and our nation outraged over the ignorant use of racist slurs by a man in a position of great influence are not a mob lusting for blood,” Powell said in a news release issued on behalf of the Florida Legislative Black Caucus. “They are a collection of individuals demanding human dignity and respect — something our Governor will not or cannot understand.”

Christina Pushaw, the Governor’s spokeswoman, said that the Governor would not use the N-word himself.

“He was clear in his remarks that the left and legacy media are out to destroy Rogan, and that apologizing to appease a mob is counterproductive,” Pushaw wrote in an email, without responding to Powell’s call for an apology.

The N-word controversy is not the sole reason “The Joe Rogan Experience” has landed in headlines in the last 15 days. Rocker Neil Young said he didn’t want his music played on Spotify, the music and podcast streaming service, because it also finances Rogan’s podcast. He and folk singer Joni Mitchell spotlighted Rogan’s spread of COVID-19 misinformation.

Rogan apologized for that on Jan. 31 and pledged to bring more mainstream viewpoints about the virus to the show.

DeSantis criticized that apology, too.

Powell argued DeSantis’ advice to Rogan is part of a long line of attacks against minorities in Florida and part of his strategy to win the White House with culture war issues.

“From the beginning, his tendency has been catering to his ultra conservative base by tearing down and tearing into the rich diversity of Florida, eroding the freedoms every one of us is entitled to as Americans,” Powell added in a news release from his office.

previousTakeaways from Tallahassee — No apologies