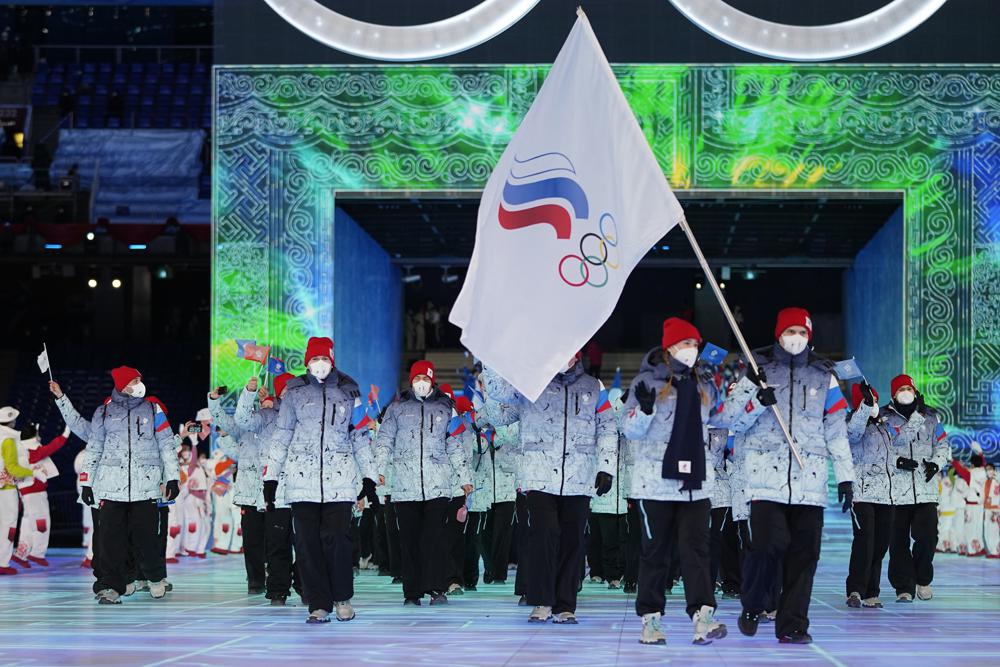 The Russian leader frequently operates with impunity in other arenas, including when the stakes are much higher than bronze, silver and gold

Be it sports, politics, hacking or war, the recent history of Russia’s relationship with the world can be summed up in one phrase: They get away with it.

Vladimir Putin’s Russia has perfected the art of flouting the rules, whether the venue is the Olympic arena, international diplomacy or meddling in other countries’ elections from the comfort of home. And it has suffered little consequence for its actions.

At the Beijing Winter Olympics, Russia the country isn’t here — technically. Its athletes are competing under the acronym ROC, for Russian Olympic Committee, for the third time. The national colors and flag are banned by the International Olympic Committee because of a massive state-sponsored doping operation during the 2014 Sochi Games, which Russia hosted.

And yet the 2022 Games’ first major scandal has managed to involve a 15-year-old figure skater who has tested positive for using a banned heart medication that may cost her Russia-but-not-really-Russia team a gold medal in team competition.

Her provisional suspension, like the so-called ban on Russia’s official participation in these Games, isn’t doing much. Kamila Valieva continues to train even as her final disposition is considered, and she may yet compete in the women’s individual competition, in which she is favored.

Those who have watched the country’s interactions with others in recent decades aren’t entirely surprised at the developments.

“In Russia, the culture is generally that the ends justify the means, and the only thing that matters is the outcome,” said Dmitri Alperovitch, the chairman of the Silverado Policy Accelerator think tank, who grew up in the former Soviet Union.

Doping in particular has been a longstanding tradition in the Soviet Union and Russia, Alperovitch said. But Putin frequently operates with impunity in other arenas, including when the stakes are much higher than bronze, silver and gold.

More than 100,000 Russian troops are currently massed along the Ukrainian border preparing for a possible invasion. Despite weeks of diplomacy, Putin still seems to hold all the cards, pushing Europe to the brink of war and prompting British Prime Minister Boris Johnson to call this the continent’s “most dangerous moment” in decades.

Many have accused the Russian government of dabbling in poisoning with little consequence. Among those poisoned after criticizing the Kremlin: investigative journalist Anna Politkovskaya, who fell severely ill after drinking a cup of tea in 2004 and recovered, only to be shot to death two years later; and Russian opposition politician and vocal Putin critic Alexei Navalny, who fell gravely ill from poison in 2020. He recovered and is currently in a Russian prison. Neither poisoning was explicitly linked to the Russian government.

The current Ukraine standoff isn’t the first time Russian militarism has threatened to upend the so-called “Olympic truce,” an agreement among nations to set aside their conflicts during the Games.

In 2014, while hosting the Sochi Olympics, Putin seized control of the Crimean peninsula and its strategic Black Sea ports from Ukraine. And during the 2008 Summer Olympics, also held in Beijing, Russia recognized South Ossetia and Abkhazia, two breakaway regions of neighboring Georgia, as independent nations and bolstered its military foothold there following a five-day war.

Economic sanctions and other punishments imposed by the United States and its allies after various Russian transgressions seem to have had little effect as a deterrent against future bad behavior by Putin.

In 2020, the U.S. Justice Department charged six current and former Russian intelligence officers in a hacking campaign targeting the 2018 Winter Olympics in South Korea. They were accused of unleashing a devastating malicious software attack during the opening ceremony of those Games, in apparent retaliation for the IOC’s decision to ban Russia from future Games for doping.

“Time and again, Russia has made it clear: They will not abide by accepted norms, and instead, they intend to continue their destructive, destabilizing cyber behavior,” then-FBI Deputy Director David Bowdich said at the time the indictment was announced.

And time and again, Russia presses on unchastened. So there was Putin last Friday, waving from his luxury box to Russian athletes entering Beijing’s Bird’s Nest stadium during the Games’ opening ceremony.

Even though it is banned on Russian uniforms at these Games, Russian flags waved in the stands as the ROC men’s hockey team, clad in their traditional red, shut out Switzerland in their inaugural match.

“I don’t know why the Russians are competing as they are given their history of doping,” said Sen. Mitt Romney, R-Utah, who helmed the 2002 Salt Lake City Winter Olympics. “I think it is a huge mistake.”

Russian athletes’ involvement in the Games, Romney said, “is something which I think is leaving a great stain on the Olympic movement.”

Back home, Valieva’s positive test has been met with outrage, fueling a sense that when it comes to sports, politics and international relations, it’s Russia vs. the world.

Kremlin spokesman Dmitry Peskov told reporters that the scandal has been fueled by “those who did not have the appropriate information.” And other prominent Russian skaters, including Tatiana Navka, former Olympic ice-dancing gold medalist and Peskov’s wife, spoke out in support of Valieva.

“This is some kind of a fake,” said Russia’s top figure skating coach, Tatiana Tarasova. “She’s only 15, what do you mean doping?”

Ordinary Russians questioned the allegations as well. Nikolai Stashenkov, 88, blamed the scandal on the “impudence of European and Western politicians.”

Politics were also to blame, according to Russian officials, in the doping scandal that resulted in a reduced squad of Russian athletes being allowed to compete in the 2016 Olympics in Rio de Janeiro.

“This has become one of the most compelling evidence of direct political interference in sports,” Putin would later say in a meeting with Russian Paralympians.

Polling has shown the tactic is working with the Russian public. A 2016 poll by the Levada Center, Russia’s top independent pollster, showed 76% of Russians viewed the decision to bar the Russian track and field team from the Rio Olympics as “politicized” and “aimed at discrediting Russia.”

But Russia has often done an able job of discrediting itself.

For the Sochi Games in 2014, Russian medal contenders handed over samples of clean urine months in advance before taking a cocktail of steroids dissolved in alcohol, according to Grigory Rodchenkov, then the director of the drug-testing lab for the Games. He later fled to the United States.

During the Olympics, Rodchenkov said he swapped out samples via a hole in the wall of the laboratory to a person from the Russian security services who opened the urine sample bottles and replaced the contents with the stored, clean urine.

Russia has admitted some individual lapses on doping, but strenuously denies it formed part of an organized program or that the Russian state writ large supported doping.

In Beijing this week, events are moving fast. Urgent hearings are being convened about Valieva, and lots of officials are saying lots of things behind lots of closed doors. It remains to be seen whether her case becomes a new chapter in Russia’s twin track records of operating with impunity in both sport and geopolitics, or a footnote to the rise of another Olympic superstar.

Either way, Alperovitch, who is also the co-founder and former chief technology officer of the CrowdStrike cybersecurity firm, sees all of it as of a piece — evidence of a facet of Russian culture that prizes outcomes above everything else and will do what it takes to achieve them.

“The thing in Russia is that cheating is acceptable if you don’t get caught,” Alperovitch said. “Shame on you if you do. But if you think you can get away with it, go for it.”