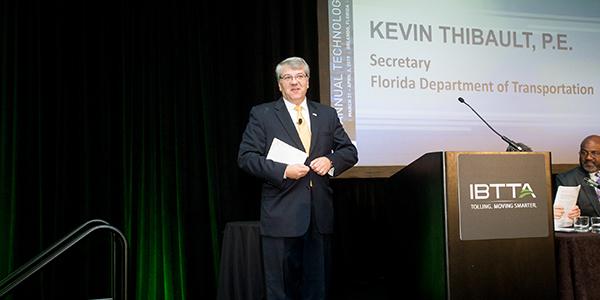 His departure date has yet to be announced.

Florida’s secretary of transportation is stepping down to take over as CEO of the Greater Orlando Aviation Authority, officials said.

The GOAA board voted unanimously Wednesday to approve a five-year contract for Kevin Thibault, according to an agency news release. He was named the preferred candidate at last month’s meeting pending negotiations on terms of employment.

“Kevin Thibault will help lead the airport to new heights, with a focus on operational efficiency, flights to more destinations and the most enjoyable airport experience possible,” GOAA Chairman Carson Good said in a statement.

“Secretary Thibault’s thoughtful and collaborative approach has left a legacy at FDOT that will be felt by our residents for decades to come,” DeSantis spokeswoman Taryn Fenske said in an email.

Thibault is expected to take over at the Greater Orlando Aviation Authority next month, officials said. The exact date will depend on the completion of his responsibilities as secretary of transportation.

previousSunburn — The morning read of what’s hot in Florida politics — 2.17.22