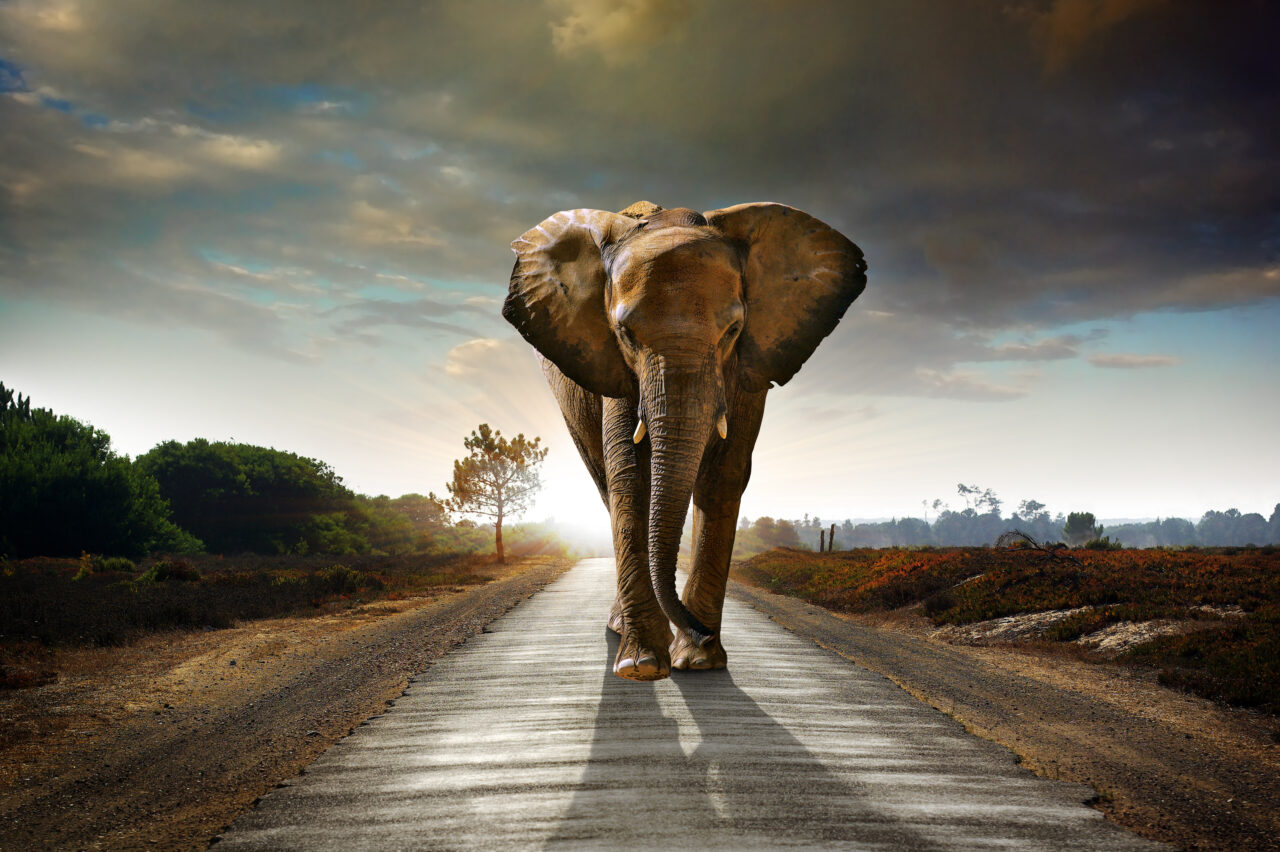 Jacksonville Democrats may have a registration advantage, but it’s Republicans who win elections.

Nick Howland’s win over Tracye Polson is just the latest reminder that while Jacksonville Democrats may have a registration advantage, it’s Republicans who win elections.

It’s a good night with ⁦@NickHowland15⁩ as he talks with ⁦@GovRonDeSantis⁩ about the win. pic.twitter.com/myJWm4ukin

Howland got roughly 52% of the vote, crushing it with Election Day turnout in a way that most successful GOP candidates in Duval have done for decades.

Polson pulled out all the stops: vigorous self-funding; campaign stops from three Democratic candidates for Governor; endorsements from every elected Democrat to the state House and Senate.

None of that was enough.

Ahead of the December election, Team Polson spent like it expected to get a lot more than 36% of the vote. Looking at what happened Tuesday, it’s hard to see what they got out of it. The campaign underperformed in some of the most reliably Democratic precincts in the city, with some seeing turnout under 10% … less than half the countywide 20% turnout.

The Howland campaign didn’t make a lot of mistakes.

Consultants Tim Baker and Alex Pantinakis presented a consistent message, focusing on a contrast between the law-enforcement-backed Republican and Polson, a Democrat who continued to take the bait on repeated claims she wanted to “defund the police.”

Polson seemed to borrow from the Anna Brosche for Mayor playbook, running a campaign to indict what she called the “cronyism and corruption” of City Hall. But that message did not drive out Democratic turnout to counter the reliable spectacle of Republican voters responding to law-and-order symbolism and rhetoric.

Gov. Ron DeSantis robocalled for Howland the day before Election Day, a move that came after all three Democratic candidates for Governor came to town for Polson.

In Duval, DeSantis lost to Andrew Gillum in 2018 and hasn’t always seemed to get Jacksonville. A win in Duval in 2022 would represent progress.

With every indication that Jacksonville won’t see a Republican registration wave between now and then, the goal for any Republican will be to figure out what Lenny Curry did and appeal to NPA voters. Howland seemed to figure that out Tuesday evening. Can Republicans keep that momentum going through next year’s city elections?

That will be the question, especially for the May General Election runoffs in countywide races.

The future of Florida’s 5th Congressional District remains up in the air after the House Congressional Redistricting Committee did not entertain DeSantis’ proposed map last week.

But when DeSantis visited CD 5 this week, he did not address the latest in a series of setbacks for the map that would disconnect Downtown Jacksonville from cities like the far-flung Madison, the CD 5 city where DeSantis held a “news conference” where reporters seemed to have no questions.

And perhaps tellingly, he did not volunteer any information either.

While DeSantis is known to reframe his ongoing feuds and controversies with unsolicited scripted rants during these events, he offered nothing here. There was no condemnation of the House Republicans on the Committee for badgering the witness who appeared on behalf of the maps, Judicial Watch’s Robert Popper, for having accepted travel expenses from the Governor’s Office.

Does silence mean the Governor is through with this issue? We seriously doubt it.

Recall that one Jacksonville Republican, Rep. Jason Fischer, was pulled from the redistricting panel last week because it was thought he could benefit from the Governor’s map. While that play helped to preserve Republican unity in the 14-7 vote in favor of the essentially status quo House map, it indicated how fragile the leadership position might be as this progress moves forward.

Jacksonville is a city of bridges and highways. Walking the city is theoretically possible, but few hardy souls seem to do so.

One who tried recently, traversing some of Duval County: Substacker Chris Arnade, who found “community among the expressways, interstates and boulevards.”

Those who have actually made the walk from San Marco to Downtown will recognize this description: “Crossing out of San Marco and over the St Johns into downtown is a reminder that Jacksonville is gifted with an amazing natural setting. It is beautiful. Blue sky. Blue water. Cool breezes. Wonderful vistas. That whiff of sea salt in the air. Yet once off the bridge, downtown is even more depressing than what came before it.”

And downtown itself? Well, I doubt Visit Jax can use this: “The juxtaposition of beautiful scenery dotted with brutal buildings surrounded by desperate people sleeping next to bail bonds shops. It is a bit too much.“

The photographs tell their own stories, but this proves that an outsider’s eye can bring a fresh perspective even to the familiar.

Back in 2020, the Clay County Sheriff’s Office had a change in leadership that continues to be recognized statewide, with Michelle Cook toppling embattled Darryl Daniels in that year’s election.

Last week, Cook was honored on the floor of the Florida House as Law Enforcement Officer of the Day.

“Sheriff Cook is a cop’s cop,” said Speaker Chris Sprowls, who recognized her “humbleness” and dedication to “protecting her community” in remarks during the floor session.

Cook, a former officer with the Jacksonville Sheriff’s Office, wanted to cap her career by going home to Clay County, where she grew up. She accomplished that, and people from far beyond Clay County have clearly noticed.

The Speaker’s remarks, in full:

In FSACast Ep. 44, we capture the moment that @ccsofl @ClaySheriffCook was honored as the Florida House Law Enforcement Officer of the Day!

Thank you to Speaker @ChrisSprowls & Representative @SamGarrison155 for your tremendous support. #FlaPol

Duval County Public Schools is exploring a push for a millage hike, and one potential payoff for students could be getting off the grass.

Right now, the district can do just one field a year. More money would translate to an expedited time frame.

The debate over turf fields is subordinate to the School Board’s own discussion about the millage hike, currently slated for the March 1 regular meeting.

Housing is no longer affordable in Northeast Florida (or much of anywhere else), but feeling the most significant impacts are renters, who are at the mercy of a depreciating dollar and increasingly consolidated property ownership.

Where is it worst in the Jacksonville area, however?

According to WJXT, one Arlington ZIP code (32211) saw an increase of over 60% year over year, an incredible number padded by money from outside the area.

“And one of the big problems is, is that we have a lot of investors that live up north that are buying our homes, our apartment buildings, our duplexes and quadruplexes down here,” said one real estate closer interviewed for the story. “And they’re raising the rents so high that landlords feel that they can get on board. Oh, they’re going to get $1,200 and $1,300, then why can’t I?”

Tegna previously bought NBC affiliate WTLV TV-12 in 1987 and added ABC affiliate WJXX TV-25 in 2000, which was just a day after the Federal Communications Commission greenlighted companies with more than one station in a market. These have been co-branded as First Coast News for decades.

Apollo acquired a majority interest in Cox Media in 2019, and Cox operates the Action News Jax duopoly WFOX TV-30 and WJAX TV-47. According to the Daily Record, the arrangement has been permitted because of different owners: Apollo, through Cox, owns WFOX, while a “former Cox executive” owns the sister station.

Will change come as ownership consolidates further? Local viewers won’t notice anything until the deal goes through later in the year.

Rentals may be hard to find, but on the bright side, cruise ships are back in the local market, as WOKV notes.

American Queen Voyages’ Ocean Voyager returned to JAXPORT after a ten-day cruise that took passengers to the Bahamas via a series of ports north of Jacksonville on the Atlantic coast. Cruises like this will be popular going forward.

“The pent-up demand for cruising is most definitely there because of COVID,” Fred Wong, JAXPORT’s Chief Operating Officer, told WOKV. “We have to take some precautions, but I think everybody is ready to get back on the water and cruise as well.”

Virus issues aside, the future is bright for Jacksonville, according to Wong.

“Jacksonville is a great port to either home port, which the Ocean Voyager is homeporting, or a port of call,” Wong said. “We have great beaches, golfing and environmental communities here. It’s just wonderful. They embrace cruising altogether.”

Lori Price, a first grade teacher at Ocean Palms Elementary School in Ponte Vedra Beach, received a Presidential Award for Excellence in Mathematics and Science Teaching (PAEMST) from the State of Florida.

She earned the award when teaching at The Webster School in St. Augustine.

“This award reaffirms the importance of building a student-centered community where risk-taking is encouraged and mistakes are seen as important learning opportunities,” Price said. “Receiving this award provides an opportunity to join other educators to inspire the next generation of mathematicians.”

“Lori Price is an exceptional role model for all teachers who boost motivation and encourage teachers to do well, have a positive impact on educational performance and increase student achievement,” said Donna Lueders, INK! Executive Director, in recognition of the honor.

“Lori supports the district’s core value that high expectations lead to higher performance which in turn empowers the individual and strengthens society. We are very proud of Lori as an outstanding teacher who greatly benefits her students in St. Johns County.”

Price will be celebrated at a White House ceremony soon and will get a $10,000 award from the National Science Foundation.

First Coast Cultural Center is launching its summer camp season with updated classes featuring renowned artists, musicians, and speakers focusing on the theme “Explore Your First Coast: The History and Culture that makes us unique.”

First Coast Cultural Center’s President and Executive Director Donna Guzzo said students will learn more about the First Coast region while creating art and other projects to celebrate what makes the area unique, from native cultures to historic architecture to modern tourism.

Classes and programs are held at 3972 3rd St. S. in Jacksonville Beach and at CareConnect+, 351 Town Plaza Ave. in Nocatee, Ponte Vedra. More information, locations, and registration are available on the organization’s website.

The first few weeks of classes include “First Coast Art of the Past,” which will focus on artists who made Northeast Florida rich in culture; “Native Timucuan and French Interactions” will feature early drawings by René Goulaine de Laudonnière and Jacques le Moyne; and “Spanish Influences” will focus on how the Spanish forced the French out of Florida and held control for almost 200 years before the British.

The Nocatee Drama Camp with Sheri Lahris will be held on Mondays and Fridays during June and July, with 15 classes and a final theater performance on July 29. Each camp class will be held from 9:30 a.m. until 11:30 a.m. Classes will be held at Flagler Health CareConnect+, 351 Town Plaza Ave., Suite 205 in Ponte Vedra. The cost is $450 for each non-member and $420 for each member.

The Cultural Center also offers the Alhambra Theatre Camp for children aged 8 through 17. It runs June 27-July 8, with a final musical theater performance on the evening of July 11. The Alhambra Theatre Camp is at 12000 Beach Blvd. in Jacksonville. Each camp session will be held from 9 a.m. until 2 p.m. The cost is $560 for each non-member and $510 for members.