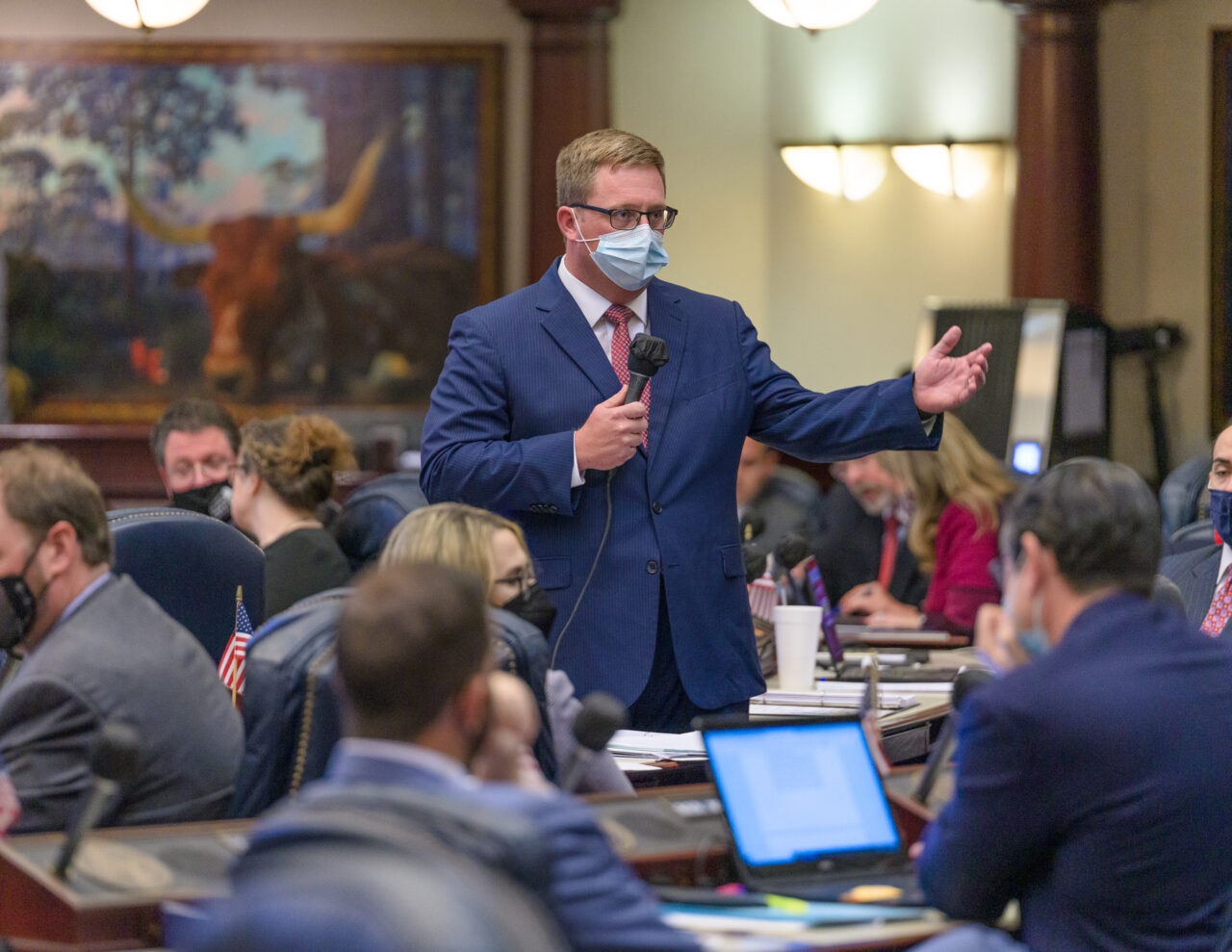 'Somehow we’re supposed to be sympathetic to municipalities for displacing businesses?'

Legislation that would allow businesses to sue local governments over ordinances that results in a sizable revenue loss is headed to the House floor after a committee struck down multiple attempts at softening its potential negative impacts.

The bill (HB 569) by Plant City Republican Rep. Lawrence McClure cleared the House Judiciary Committee by a 13-7 vote Wednesday, with every Democratic member voting “no.”

Dubbed the “Local Business Protection Act,” the measure would empower businesses to sue counties and municipalities if they can prove a new local ordinance caused a one-year loss of income of 15% or more.

Eligible businesses would be entitled to recover expert-determined damages unless the local government repeals the ordinance.

Earlier this month, House members amended the bill to exclude ordinances or charter provisions relating to procurement or intended to promote, enable or facilitate economic competition. They also required that companies seeking recompense must have been doing business in the jurisdiction — not just within the state — for three years.

Those changes, and none other, remain intact.

The committee’s Republican majority rejected four amendments by St. Petersburg Democratic Rep. Ben Diamond, who unsuccessfully advocated for each, his resolve in doing so waning with each attempt.

One amendment he proposed would have exempted local laws addressing threats to human life, reinforcing existing criminal code provisions and abating, prohibiting or remediating a public nuisance, including but not limited to noise and “noxious use of private property.”

Another would have exempted laws relating to the protection of a species identified as threatened or endangered under federal or state law.

The remainder presented limited versions of the first two. One focused solely on noise control and abatement. The other only focused on sea turtle protections.

After the fourth denial, Diamond lamented, “I guess I’m just disappointed that I haven’t gotten more support here — particularly for sea turtles, which are just cute and loving creatures, and if the city wants to protect them, I don’t see why they should get sued.”

McClure and Rep. Wyman Duggan of Jacksonville argued the bill already provides the exceptions Diamond advocated for that aren’t covered by existing state and federal law.

While the bill previously received positive notes from the Florida League of Cities and Florida Association of Counties, it encountered marked opposition during public comments.

Lobbyist Jack Cory, representing Jacksonville Beach and the village of Tequesta, said the bill would create “the largest unfunded mandate in the history of the Florida Legislature.”

He cited a January analysis by Florida TaxWatch that determined the legislation “could lead to a number of financially motivated and malicious lawsuits, costing local governments over $900 million annually.”

“If you think this is a good concept, I respectfully suggest you do it for state government, give it a year or two, and if it works out, then bring it down to the 467 local communities,” he said.

Ida Eskamani of the Florida Immigrant Coalition and Florida Rising noted HB 569, a related bill in the chamber (HB 403) by Republican Rep. Mike Giallombardo and their two Senate analogues that passed last month have been billed as “the preemption to end all preemption.”

“Yet there’s no language in the bill that would end all future preemptions,” she said. “We’d like to see that amendment.”

Rich Templin, director of politics and public policy for the Florida AFL-CIO, pointed out the irony of a Republican-led Legislature so opposed to socialism and litigiousness passing a bill that would open the door to public subsidy of private industry and a lawsuit free-for-all.

“When we talk about socialism, what this legislation is doing is socializing business losses,” he said. “Things change. The world changes. As ordinances change to fit the changing world, some businesses are going to be (able to) keep up, to change, to be nimble. Some will fall behind. This bill says if a business can’t be nimble — if it can’t adapt and have losses — now the taxpayers have to pay for it.”

Miami-Dade County Rep. Juan Fernandez-Barquin used the example of a popular South Miami gym called Stunna’s FIT, which received nearly 80 citations from the city for playing music loud enough to be heard outside its walls.

Stunna’s FIT is located in a single-standing building on an otherwise empty lot.

It may sound like fiction to some that local governments target businesses with unreasonable restrictions, Fernandez-Barquin said, but it happens.

“South Miami passed a noise regulation that initially (said) that noise could not be coming from the gym more than 100 feet, and then all of a sudden they (reduced it) to basically zero feet,” he said. “I spoke with the owner, and he would tell me stories of the city inspectors literally hiding in bushes with a monitor, trying to get him.”

North Fort Myers Rep. Spencer Roach described the bill as “maybe the sweetest” that McClure sponsored this Session, adding that he hoped the bill wouldn’t end all preemptions “because I look forward to working on some more of those.”

“Over the last decade, we’ve seen a variety of rogue jurisdictions attempting to ban lawful products in their attempts to destroy private businesses in the state of Florida,” he said. “I want to thank you for standing up for Florida small business owners and trying to protect them from these local rogue jurisdictions, which have grown increasingly tyrannical.”

“I see a trend in our legislation where we are elevating the individual above the community rather than trying to make sure that we maintain those two in balance,” she said. “When you think about $900 million and what we could do with those resources — I mean, the House hasn’t even fully funded multifamily affordable housing in our budget.”

“That means the private sector had profits displaced after a municipality enacted an ordinance and then that business went to the municipality and said, ‘Hey, wait a minute. Why are you displacing my profits?’ And not just any profits; 15%, a lot,” he said. “That’s everything for most businesses, if we’re being honest. And somehow we’re supposed to be sympathetic to municipalities for displacing businesses?”