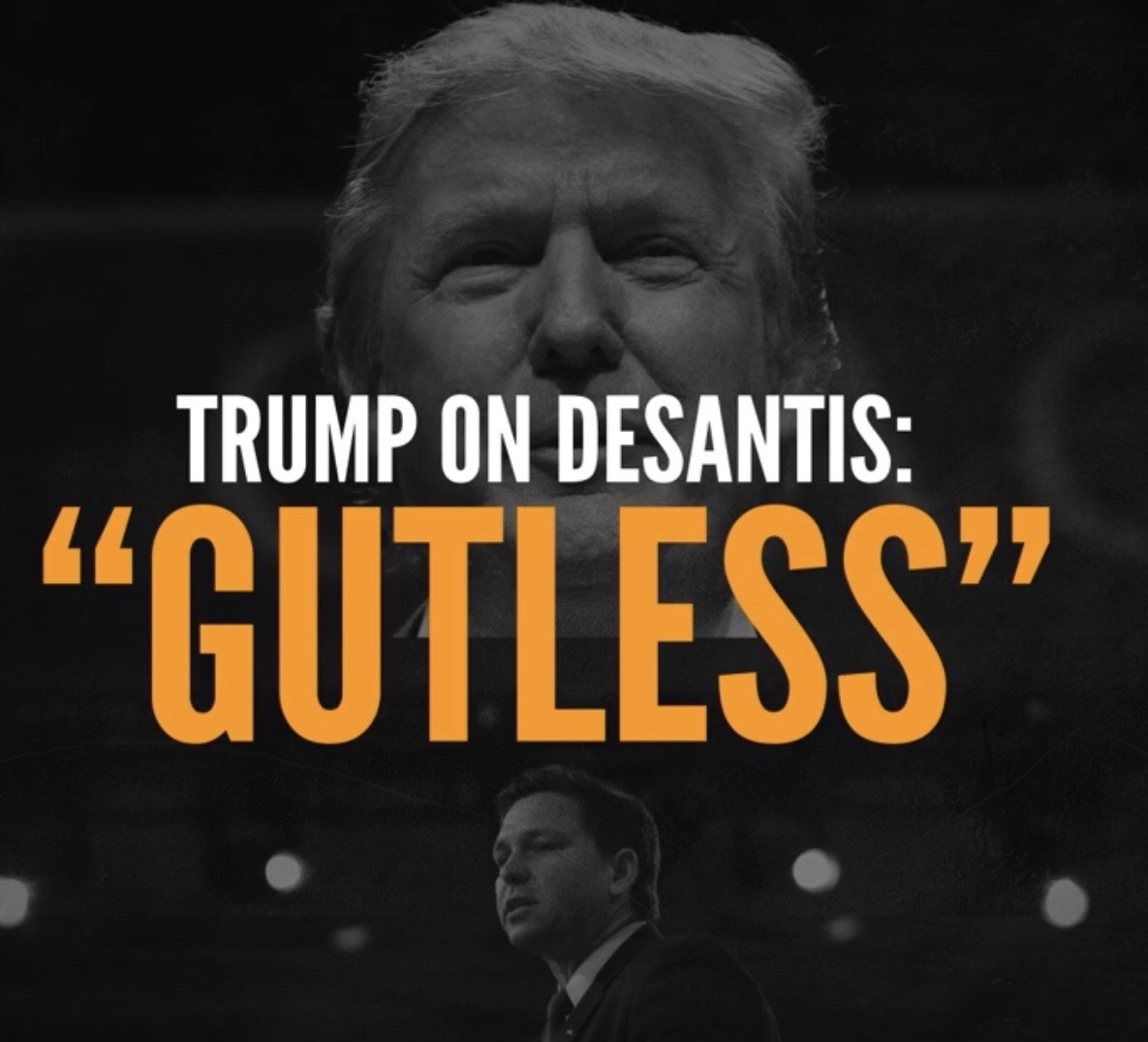 Timing is everything: DeSantis speaks at the Conservative Political Action Conference Thursday.

The juxtaposition of DeSantis and Trump’s comments some weeks back about COVID-19 booster vaccines stands as a potent reminder of the simmering conflict between the former President and his understudy-turned-rival.

The video begins with Trump discussing the matter in an interview with Dan Ball of One America News, needling politicians who wouldn’t say if they had gotten booster shots.

“Well, I’ve taken it,” Trump said. “I’ve had the booster. … I watched a couple of politicians be interviewed and one of the questions was, ‘Did you get the booster?’ — because they had the vaccine. And they’re answering like — in other words, the answer is ‘yes’ but they don’t want to say it. Because they’re gutless. You gotta say it, whether you had it or not. Say it.”

Trump was responding to an interview where DeSantis gave a non-answer on the booster.

“I’ve done whatever I did, the normal shot, and that at the end of the day is people’s individual decisions about what they want to do,” DeSantis said when asked if he had received a booster shot by host Maria Bartiromo on Dec. 19.

However, the DNC ad focused instead on comments from a subsequent DeSantis press conference.

“That’s something that, you know, I think people should just make their own decisions on,” DeSantis responded. “I’m not going to let that be a weapon for people to be able to use. I think it’s a private matter.”

The DeSantis/Trump dynamic will be tested at CPAC. DeSantis speaks Thursday, sandbagged in a midday time slot, while Trump gets a Saturday evening keynote. National observers will be watching out for the ultimate news from the weekend, meanwhile: the CPAC straw poll.

What will this year hold? Democrats don’t seem to have a dog in the fight, but they clearly relish the conflict between the 45th President and the man many Republicans want to supplant him as the GOP standard-bearer going forward.