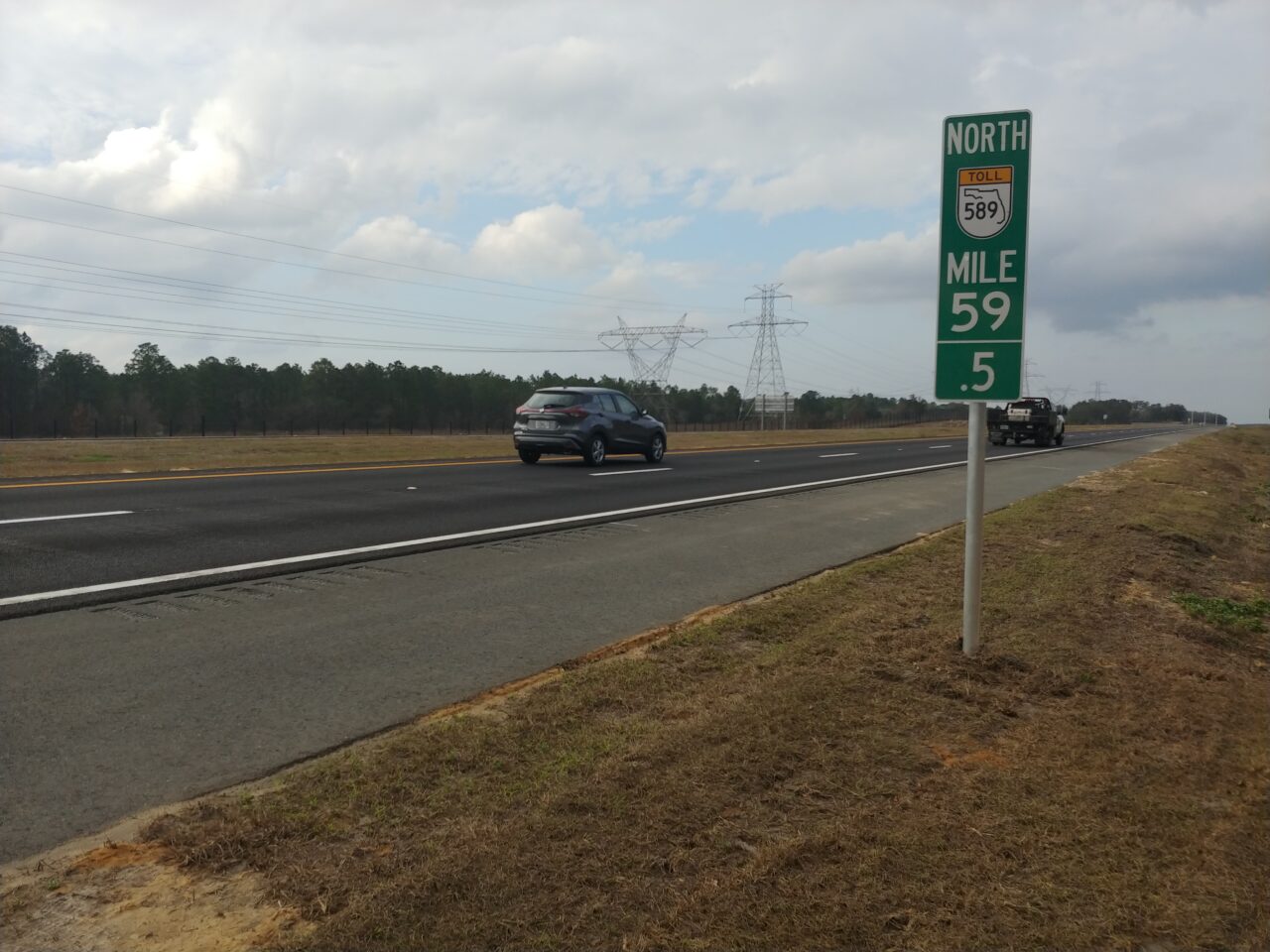 'The people who want to come to Citrus County, this road will help them do that.'

The 13-mile extension from U.S. 98 in northern Hernando County to State Road 44 in Lecanto connects Citrus County with the Tampa Bay region.

The state is promising it won’t end there. Construction is expected to begin in early 2023 on the three-mile parkway extension to County Road 486, and eventually to U.S. 19 at Red Level north of Crystal River.

Monday wasn’t about the future or the past though. Citrus County was just happy to have the road done.

“If there’s such a thing as a beautiful road, this is it,” Citrus County Commission Chairman Ron Kitchen Jr. said.

When the state completed what was known as Suncoast Parkway 1 in 2001 — connecting Hillsborough County via the Veterans Expressway with Pasco and Hernando counties — the next stage was to add another 26 miles through much of Citrus to north of Crystal River.

The state stopped plans in 2008 because of the recession, then restarted them again in 2013 with an aggressive push to use the Suncoast extension to feed into other toll roads serving as traffic relievers to Interstate 75.

Plans were studied and shelved, but Citrus County officials continued to press the Department of Transportation to continue the parkway northward. State plans now call for it to end at U.S. 19, meeting up at some point with Florida’s Turnpike extension.

Kitchen said the parkway meets both a local and state need.

“The people who want to come to Citrus County, this road will help them do that,” he said.

Hernando County Commissioner Jeff Holcomb said the parkway has brought economic stimulus to his county, and he predicted the same for Citrus.

“It’s a great day for the Nature Coast region,” he said.

Josh Wooten, president and CEO of the Citrus County Chamber of Commerce, was a County Commissioner when Suncoast 1 opened in 2001.

“It’s kind of nostalgic,” he said. “I was a skeptic in the beginning. But a lot has happened in the last 20 years to convince me this is the right thing to do and it was done right.”

The man of the hour was Jim Kimbrough, a retired SunTrust Bank executive and former member of the Florida Transportation Commission, who is considered in Citrus as the parkway’s biggest cheerleader.

“It needed to happen,” Kimbrough, who turned 82 Monday, said. “Some things take longer than others.”