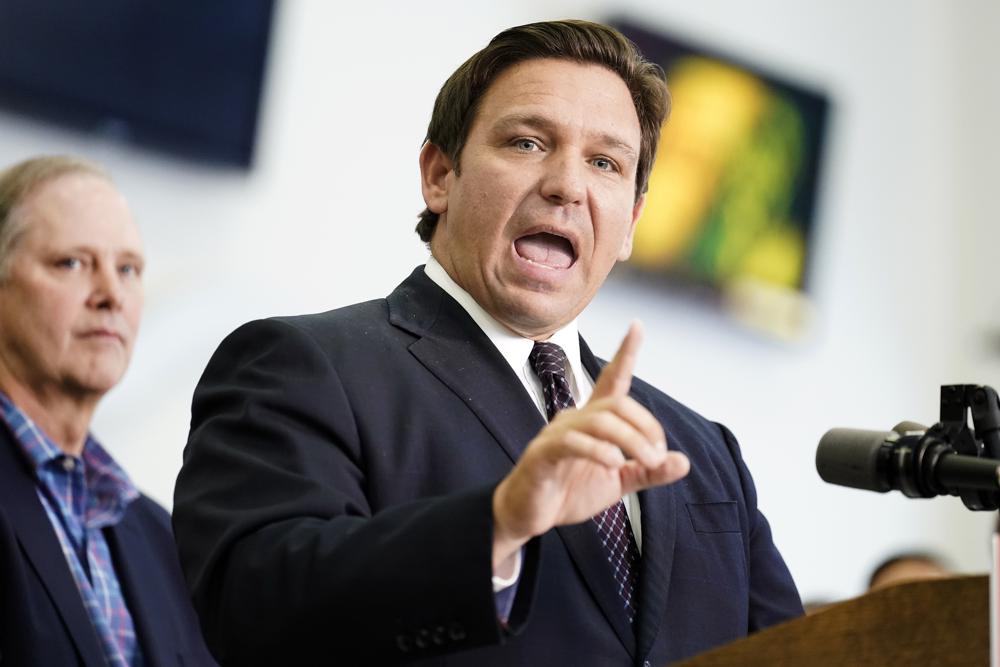 'They can take that to the bank.'

Gov. Ron DeSantis again was unambiguous regarding his intention to veto a congressional reapportionment map that doesn’t meet his muster.

“I’ve said very clearly that I will veto maps that include some of these unconstitutional districts. And that is a guarantee. They can take that to the bank. Hopefully, we’ll be able to get something good that is positive for the people of Florida.”

DeSantis made his comments Monday in Indian River County, his first since the Florida House Redistricting Committee approved a new “two-map” proposal Friday intended to split the difference between the variations on the baseline maps that had been advancing through House and Senate committees.

The primary map (H 8017) passed Friday would effectively eliminate the current Florida’s 5th Congressional District, represented now by U.S. Rep. Al Lawson, a Tallahassee Democrat. It would replace it with a Duval-only district that would still be considered a minority access district, but with a nearly 10 percentage point drop in the Black voting-age population as compared to the current map.

Eliminating the district follows the lead of Gov. Ron DeSantis, whose office labeled the CD 5 an “unconstitutional gerrymander” and submitted two maps that eliminated it. However, the Governor’s comments suggest he is not supportive of this proposal.

The bill now goes to the floor. But even if it passes, House leaders must come together with the Senate to agree on a final product. The Senate approved its own map (S 8060) in January, ignoring the Governor. Both House maps and the Senate map look identical south of the I-4 corridor but bear significant differences elsewhere.

In addition to the Senate map retaining a North Florida-spanning district, the House maps remake Greater Orlando and Tampa Bay.

A partisan performance analysis by Matt Isbell of MCI Maps shows a replacement for CD 7 on the Senate map remains Democratic-leaning suburban seat. But House maps convert it into one where a plurality of voters in 2020 voted for Republican Donald Trump in the last presidential election.

Both the Senate and House place Florida’s new congressional seat, awarded in a federal reapportionment process based on the 2020 Census, between Tampa and Lakeland. But the Senate map leaves that seat contained entirely in east Hillsborough County, while the House maps have a seat that straddles the Pasco and Hillsborough line. That also means it leans slightly Republican instead of slightly Democrat.

The MCI analyses show the House maps end up with 18 Trump-leaning districts and 10 where a majority voted for Democrat Joe Biden, albeit with three of those seats going Republican with less than 50% of the vote. The Senate map, in contrast, creates 16 Trump seats and 12 Biden-favoring jurisdictions.

“I am disappointed that Speaker Sprowls caved to the demands of Ron DeSantis to push a partisan, unconstitutional congressional map. Never in our state’s history has the Florida Legislature submitted two maps for review — one that is clearly unconstitutional and a second ‘in case we get caught’ map. The proposed Congressional District Five divides minority communities of interest across North Florida, leaving all Black voters west of Jacksonville unrepresented,” Lawson said Friday.

A.G. Gancarski and Jacob Ogles of Florida Politics contributed to this report.