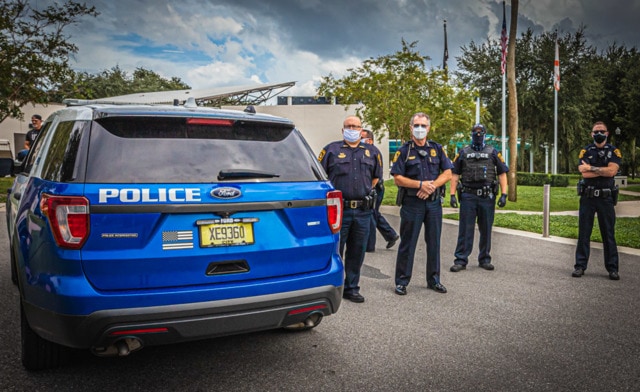 The Senate is moving forward legislation Gov. Ron DeSantis and lawmakers hope will enshrine Florida as the most “law enforcement-friendly state,” bolstering officer recruitment and retention.

The Senate Appropriations Committee approved the bill (HB 3), which would provide recruits a bundle of perks. Among them is a one-time $5,000 bonus for first-time officers and a $1,000 reimbursement program for out-of-state officers who relocate to Florida. It would also bump the base pay for a Sheriff by $5,000.

The House voted 108-4 earlier this month to approve the package, sponsored by Ormond Beach Republican Rep. Tom Leek. Clearwater Republican Sen. Ed Hooper is shepherding the bill through the Senate. The measure will next head to the chamber floor.

“Law enforcement agencies across the United States have reported difficulty in attracting and retaining qualified law enforcement officers,” Hooper told senators. “This bill addresses that problem and assists our Florida agencies by creating new programs or expanding existing ones that will help attract and keep our officers in the community.”

DeSantis — an early 2024 presidential contender — floated the law enforcement recruitment package in September, decrying the “defund the police” movement. The Senate didn’t draft an accompanying version of the House bill but included its law enforcement priorities within its budget proposal.

Thousands of law officers have quit and agencies are struggling to recruit after the murder of George Floyd. Even among remaining officers, morale is low, according to a June survey by the Police Executive Research Forum.

During discussions in the House, Leek listed several incidents that occurred in the wake of Floyd’s murder.

Lego pulled some ads for police sets, internet users demanded PAW Patrol’s cancellation with calls to “euthanize the police dog,” and more. In Florida, a Flagler County Target store backed out of its annual “Shop with a Cop” holiday event with the county’s Sheriff’s Office.

“In Florida, we don’t cancel cops — not today, and not ever,” Leek said.

In addition to the bonuses and reimbursement system, the bill also would create the Florida Law Enforcement Academy Scholarship Program. The scholarship would cover up to $1,000 of tuition, fees and other police academy-related expenses.

Additionally, the bill would provide private school scholarships to the children of police officers and allow schools to provide college credits to cops based on their training and experience. It would also implore school districts to create law enforcement explorer programs in schools and designate May 1 as “Law Enforcement Appreciation Day” on top of the already established “Law Enforcement Appreciation Month.”

Renzo Downey covers state government for Florida Politics. After graduating from Northwestern University in 2019, Renzo began his reporting career in the Lone Star State, covering state government for the Austin American-Statesman. Shoot Renzo an email at [email protected]cs.com and follow him on Twitter @RenzoDowney.

previousAnnette Taddeo gains School Board endorsements in bid for Governor