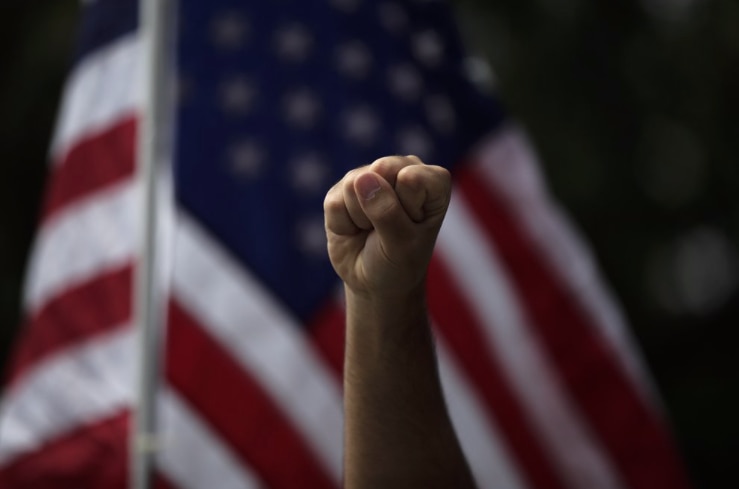 The House passed a bill Wednesday that would prohibit residential protests, despite Democratic lawmakers warning the bill will disproportionately impact minority communities.

The bill (HB 1571) seeks to ban residential protests that “harass” or “disturb” a person within their home. It also seeks to amplify penalties against violators.

Under the bill, a violation is a second-degree misdemeanor and carries penalties including 60 days in jail, a $500 fine and six months probation. Police, though, must first warn an individual of a potential violation.

The House passed the bill along a 76-41 vote. Dade City Republican Rep. Randy Maggard is the bill sponsor.

He and proponents characterize the home as a sacred place that deserves legal protection.

“We need to protect private residences,” said Lecanto Republican Rep. Ralph Massullo in debate. “There are many places where we don’t protest. We don’t protest here on this floor.”

While Republicans maintain the bill is needed and constitutionally sound, Democrats fear the bill encroaches on free speech and is a particular threat toward minorities.

Black Democratic lawmakers widely agree the bill will harm minorities. They warn the proposal relies too heavily on the discretion of police, who must assess the intent of the demonstrators.

“I don’t think we need more tools that would allow people … who are subjective to decide that simply because you are present, that you are involved in some kind of criminal activity,” said Orlando Democratic Rep. Geraldine Thompson after noting the “implicit bias” involved in policing.

Maggard and proponents, however, insist the initial warning by police — as required in the bill — provides adequate protection to demonstrators.

“The police do this every day … and I trust our law officers to do the best they can,” Maggard said.

Democratic lawmakers further lambasted the bill as unneeded. They largely contended there are enough laws on the books regulating protests.

“This is a waste of resources,” said Democratic Rep. Travaris McCurdy of Orlando. “We don’t need more laws criminalizing people.”

The House on Tuesday considered several amendments on the bill. The Republican-controlled chamber, however, accepted none.

One would’ve added a provision requiring a homeowner to reasonably fear bodily harm before the residential protest becomes an offense. Democratic Rep. Angie Nixon of Jacksonville sponsored the amendment. She argued the bill would criminalize someone’s “supposed intent,” rather than a person’s conduct.

Another amendment would’ve carved out an exception for the publicly funded home of an elected official.

“If your house is public, it’s not your house — it’s our house,” argued Brandon Democratic Rep. Andrew Learned, the amendment sponsor.

Orange County Sheriff John Mina is among the bill’s supporters. In a previous committee, Mina said a statewide ordinance would offer clarity given the differing local regulations across the state.

Maggard disputes arguments suggesting the bill is an infringement upon free speech. He cites a 1988 Supreme Court case that involved two anti-abortion advocates leading others to protest outside of a Wisconsin doctor’s home.

The case — Frisby v. Schultz — led justices to side with the city of Brookfield, saying the government is within its right to prohibit protests outside of a person’s home.

previousFlorida Dental Association has Session worth smiling about