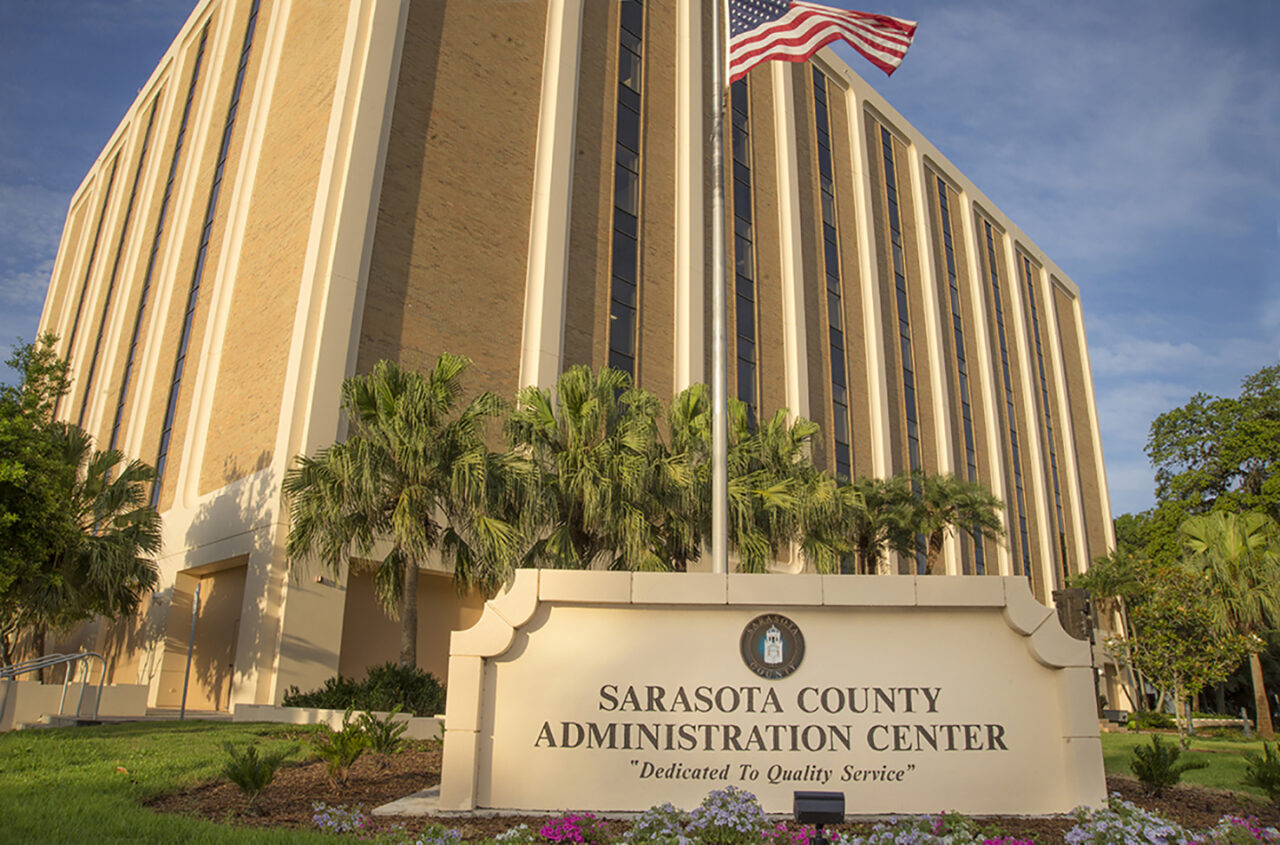 Emotions are running high in Sarasota County, and the hottest issue is a matter normally left to the wonks and good government. Voters on March 8 will decide in a Special Election how they elect their County Commissioners.

It was just four years ago that Sarasota County voters decided to elect Commissioners through single-member voting. Since that time, the county has undergone redistricting twice and held one election where voters only picked a Commissioner for their district. Now, before 40% of the County Commission stands for district elections even once, voters will be asked to weigh in again.

The latest referendum asks voters if they want a return to countywide voting. If it passes, the change will go into effect immediately for the 2022 election cycle.

To Kindra Muntz, president of the Sarasota Alliance for Fair Elections, even posing the question feels like an attack upon the electorate’s intelligence.

“It is unnecessary and insulting to the people of Sarasota,” she said. “Almost 60% of all voters passed this in 2018 and now they are trying to overturn it in a quick Special Election.”

Way back then — when Ron DeSantis and Nikki Fried were both first-time candidates for statewide office, Donald Trump was still President and “Game of Thrones” was preparing to air its final season — voters in Sarasota County pondered the virtues of district representation. More than 193,000 voters made it past the major elections and a host of constitutional amendments on the ballot, and 59.84% of those who voted approved a county charter amendment.

Even then, skeptics wondered if they knew what they were doing. The same day, more than 203,000 voters cast ballots in each of the two County Commission races on the same ballot. This marked the last time citizens had the chance to elect multiple county commissioners on the same day.

Jack Brill, acting chair of the Republican Party of Sarasota County, says every voter in the county lost some of their political power that day.

“We look forward to winning the March ballot and giving all voters a voice on all of our County Commissioners,” he said.

It may seem an issue for the super-wonks to discuss, but in a time of heightened awareness about elections, redistricting and a number of issues related to voting, this has become a hot button issue in the county. As of the end of the day on Feb. 28, nearly 56,000 Sarasota County voters had cast ballots for the March 8 Special Election, where the renewal of a school sales tax is also on the ballot.

A new flier hitting the mailboxes of Republicans in the region appears to stoke paranoia of another election. The glossy flier shows a picture of former President Trump and the notorious phrase, “Stop The Steal.” On the flip side is a picture of Democratic President Joe Biden and House Speaker Nancy Pelosi, with the phrase “Don’t Let Them Steal Our Votes Again.”

The referendum, of course, has nothing to do with Trump’s false claims that the 2020 election was stolen. But the flier jumps from there to why voters should vote “no” on a referendum on countywide voting.

Muntz defends the flier, and says the words “Stop The Steal” predate the conspiracy stoking about the 2020 election. “We’re not referencing that directly,” she said. “We are talking about elections and trying to steal the vote. The one we are referencing now is the one in Sarasota County. If you think back, that language was used in 2018 — about the original single-member districts vote.”

In her eyes, the turnabout is fair play, and to her, it’s using the same language used to tar district voting in the first place. But for Republicans who consider district voting little more than a Democratic effort to become competitive in a Republican county, the rhetoric seems shocking. “Completely outrageous and pathetic,” said former County Commissioner Paul Caragiulo. “Outrageously pathetic.”

Caragiulo, a Republican, campaigned against single-member voting in the first place and hopes voters will return to countywide elections now. He sees it as a matter of empowering voters to elect each of the members on the five-member panel, rather than only having a voice on one.

“Everyone lost 80% of their representation and 80% of their accountability,” he said. “They lost the right to vote for four of five county commissioners, and you need a majority to get anything done.”

Of course, Ziegler’s no disinterested party in that matter. The one district where Democrats may have a chance is his.

The years between the first election and now have seen turmoil surrounding the county’s response to district races. First, the Sarasota County Commission in 2019 made the controversial decision to redistrict just one year ahead of the 2020 Census and in response to the switch to single-member voting. After paying a professional consultant to draw lines, commissioners eventually decided instead to use boundaries submitted anonymously by a former Republican Party of Sarasota County chair.

The resulting maps shifted a seat up for re-election in 2020 from a Democratic-leaning one to a jurisdiction where a Republican incumbent won re-election. After the Census came out, it showed the pretense of redistricting to rebalance populations had failed and the districts needed adjustment again.

But there’s now a County Commission seat up for re-election that became Democratic as a result of lines shifting years prior. It’s held by Ziegler, vice chair of the Republican Party of Florida.

But in District 2, Democrats hold the plurality, with 25,790 registered voters compared to 23,474 Republicans.

Ironically, Ziegler cast the only vote against embarking on early redistricting and ended up facing the greatest political threat because of it. Whether voters stick with districts or return to countywide voting holds enormous consequence for him. He will either run for a second term of office this November in a countywide election in GOP-leaning Sarasota County, or he will run in a District 2-only election where Democrats hold a numerical edge.

Sarasota City Commissioner Hagen Brody has notably already filed to challenge Ziegler in November. A Florida Democratic Party state committeeman, he brings his own state level connections to the race. Unsurprisingly, he’s an advocate for keeping single-member elections in place.

“I think voters knew exactly what they were doing when they supported single-member districts,” he said.

Ziegler feels confident he can win in November whether it’s in a countywide or a single-member district election. The seat doesn’t lean strongly Democratic, of course, and most expect 2022 to be a good year for Republicans.

Muntz, for her part, sees the election as much bigger than a single seat, and she rejects the notion that single-member districts favor only Democrats in a single district.

She notes that while the 2019 redistricting seemed to be designed almost exclusively to protect Republican District 1 County Commissioner Mike Moran, whose district leaned Democrat before the redraw, he still nearly lost re-election the following year. It turned out the biggest threat he faced wasn’t a prominent Democrat, but anti-development candidate Mike Hutchinson. A Republican Primary challenger, Moran ended up winning the GOP nomination in 2020 by just 365 votes out of 10,343 cast.

She sees the great battle in County Commission skirmishes not as a contest between liberals and conservatives, but between those who favor controlled growth and those who seek unbridled development.

The spending surrounding the Special Election indicates a definite interest from the industry. A state political committee, Sun Coast Alliance, cashed a $100,000 check in January from another group, Serious Conservatives, and has used the money to campaign for a return to countywide voting in Sarasota.

Blogger Cathy Antunes has suggested the money can credibly be traced back to developer Pat Neal, who has been a critic of single-member district voting. But in classic political committee fashion, dollars shift through a number of separate political committees and it’s difficult to tie any particular donation to a single source of money.

Muntz said few outside the development community have both the resources and vested interest in who wins a County Commission seat to justify that type of investment. And that’s precisely the problem with countywide elections. They ultimately prove too costly, and voters ultimately matter less than the ability to fund a campaign.

Ziegler, though, argues that’s not the case. He was able to win an election based on his personal political reputation. But that came in part through communicating with voters throughout the county. And he said that meant he was beholden to voters, some who he never has to answer to again if single-member districts stay in place.

As one example, Ziegler said campaigning countywide in 2018 meant meeting South County voters concerned about the state of River Road. He promised to work to improve that piece of infrastructure. Indeed, so did every candidate running that year. Within a couple years, the Commission negotiated a land swap with the county and the state, and construction is set to start soon.

There may be little impact from that Venice-North Port road project for residents of District 2, a coastal district that includes part of the city of Sarasota. Yet county commissioners made campaign promises and held an obligation to complete the project. Ziegler fears a Commission made up entirely of commissioners elected by districts will mean territorial battles for infrastructure dollars instead of actions made with the entire county in mind.

previousSixty Days for 3.2.22 — A prime-time look at the 2022 Legislative Session