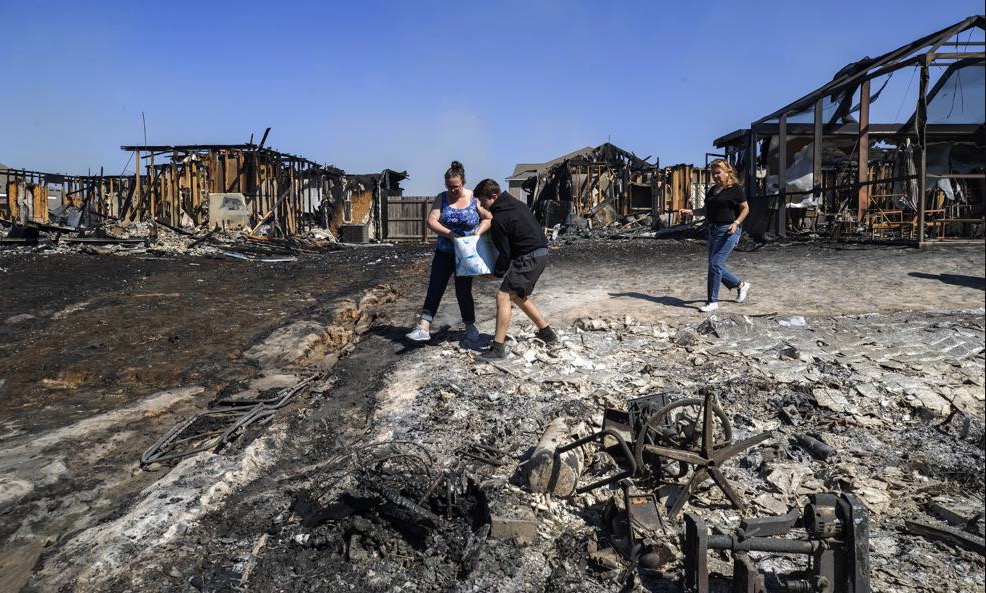 The fires have caused people to be evacuated from more than 1,100 homes in the area.

The Florida Forest Service announced Monday a third fire has emerged in the Panhandle. The three fires have now spread to over 13,000 acres.

The new fire, called the Star Ave Fire, is estimated to cover 250 acres in Bay County. The fire ignited Sunday near Tram Road and Star Avenue and forced the evacuation of the Clifford Chester Sims State Veterans Nursing Home. No buildings or structures have been damaged or destroyed by that fire so far.

The Bertha Swamp Road fire has now grown to 12,000 acres, while the Adkins Avenue fire has been kept to 841 acres.

Over the weekend, Gov. Ron DeSantis declared a state of emergency in Bay, Calhoun and Gulf counties. People have been evacuated from more than 1,100 homes in the area. There is currently no timeline on when residents will be able to return to their homes, according to a statement from FFS.

Firefighting efforts for the wildfires are being coordinated under the name Chipola Complex. In wildfire response terminology, a “complex” is an area where two or more wildfires are burning close together.

On Monday, the Florida Forest Service’s Blue Incident Management team took control of the emergency response to the Chipola Complex.

The team is one of four under the Florida Forest Service (FFS) that manages large emergency events, like fires, floods and hurricanes. The teams are deployed on an as-needed basis when the local resources of an area have reached capacity and need help.

The management team will be coordinating a response that has so far involved local law enforcement, firefighters and emergency management crews as well as engine brush strike teams from across Florida, as far as Jacksonville and Naples. The National Guard is flying two Black Hawk helicopters and two Chinook helicopters, which have dropped hundreds of thousands of gallons of water on the inferno.

The fires are occurring near where the center of Hurricane Michael traversed, according to FFS’ statement.

According to a Facebook post by the Bay County FFS, the 2018 Category 5 hurricane blew down a large amount of timber, making it difficult for responders to fight wildfires in the area. All of the fallen timber also has provided more fuel for the wildfire to quickly grow and spread.

Bay County FES also posted Monday morning to correct some media reports about fatalities and injuries caused by the fire. It said that there have been no injuries or fatalities in Bay County as a result of the fire so far.

The FFS is hoping cloud coverage and increased humidity will decrease the spread of the fires Monday. Motorists and residents are encouraged to remain clear of the area and to follow updates from the Bay County Emergency Services on Facebook.