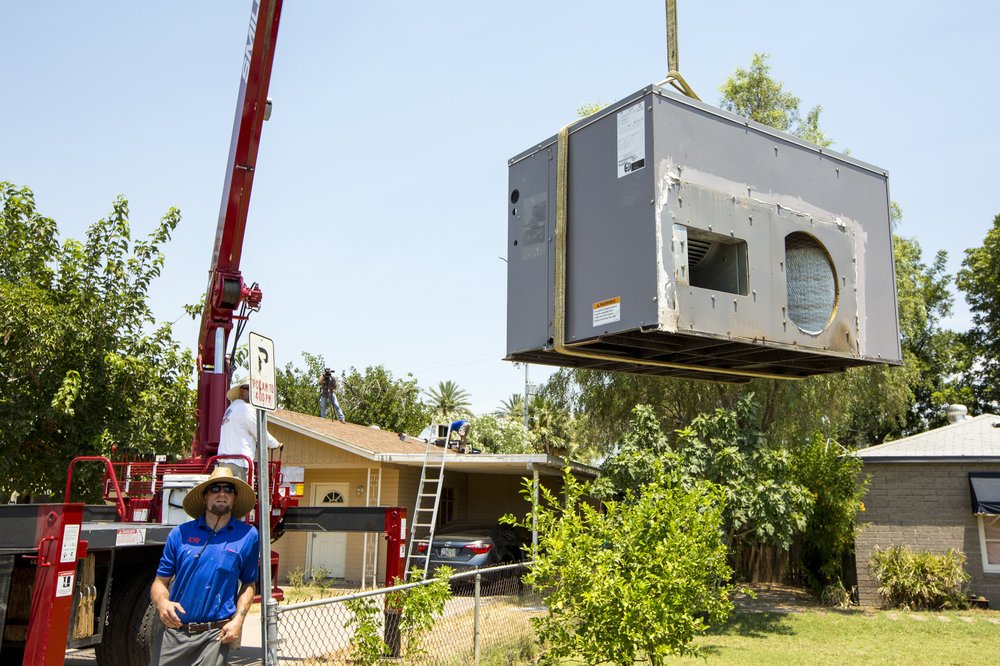 'I find it ironic that the state responsible for the invention of the air conditioner does not protect tenants from the heat.'

A measure mandating landlords in Florida provide tenants with functional air conditioning systems — an accommodation to match current requirements for heating — has died without receiving a single hearing during the 2022 Legislative Session.

That would have fixed a bizarre oversight in the appropriately named “Sunshine State,” which can sometimes get chilly in winter but where it gets fry-an-egg-on-the-sidewalk sweltering in the steamiest months of the year, according to Grieco.

“I find it ironic that the state responsible for the invention of the air conditioner does not protect tenants from the heat by requiring landlords to provide AC,” he said in a statement last year. “When I mention to folks that Florida law requires renters have heat but not air conditioning I see looks of confusion in response.

“Arizona requires AC, and Florida should too. In a world of no-brainer bills I would put this one toward the top of the pile.”

Instead, it appears the bills were frozen out, stuck at bottom of the pile for their first — and last — committee stops this Session. Zephyrhills Republican Sen. Danny Burgess and Jacksonville Republican Rep. Wyman Duggan chaired those committees and decided whether or not the legislation got a hearing.

With fewer than five days to go before Sine Die, most committees can’t meet without special permission from Senate President Wilton Simpson and House Speaker Chris Sprowls. As such, Grieco and Pizzo will have to wait until next year to see through the measure.

By then, both could be serving in the Senate.

Florida Statutes provide that landlords must comply with building, housing and health codes. They must maintain “good repair” of roofs, windows, screens, doors, floors, steps, porches, exterior walls, foundations and “all other structural components” to resist normal forces and loads. Similarly, plumbing must be kept in “reasonable working condition.”

The only mention of air conditioning in the 27-page state statute governing landlord requirements places the onus on tenants, who must “use and operate in a reasonable manner all electrical, plumbing, sanitary, heat, ventilating, air-conditioning and other facilities and appliances, including elevators.”

Grieco, who attracted co-sponsorship support from fellow Democratic Reps. Anna Eskamani, Dotie Joseph, Andrew Learned and Daisy Morales, said he “almost fell over” in shock upon learning one of the hottest states in the country doesn’t require the owners of residential dwellings to provide air conditioning.

He told Florida Politics in September, before filing the bill, that there may be resistance to the measure.

“It’ll be interesting if there’s pushback after I file the bill and where it comes from — if there’s some organized opposition to it from landlords — because tenants generally don’t have organized support or oppositional defense,” he said. “It may also not be consistent with the controlling party’s anti-regulation/deregulation of the state. I think it’s kind of an easy one, but we’ll see if they’re willing to run it.”