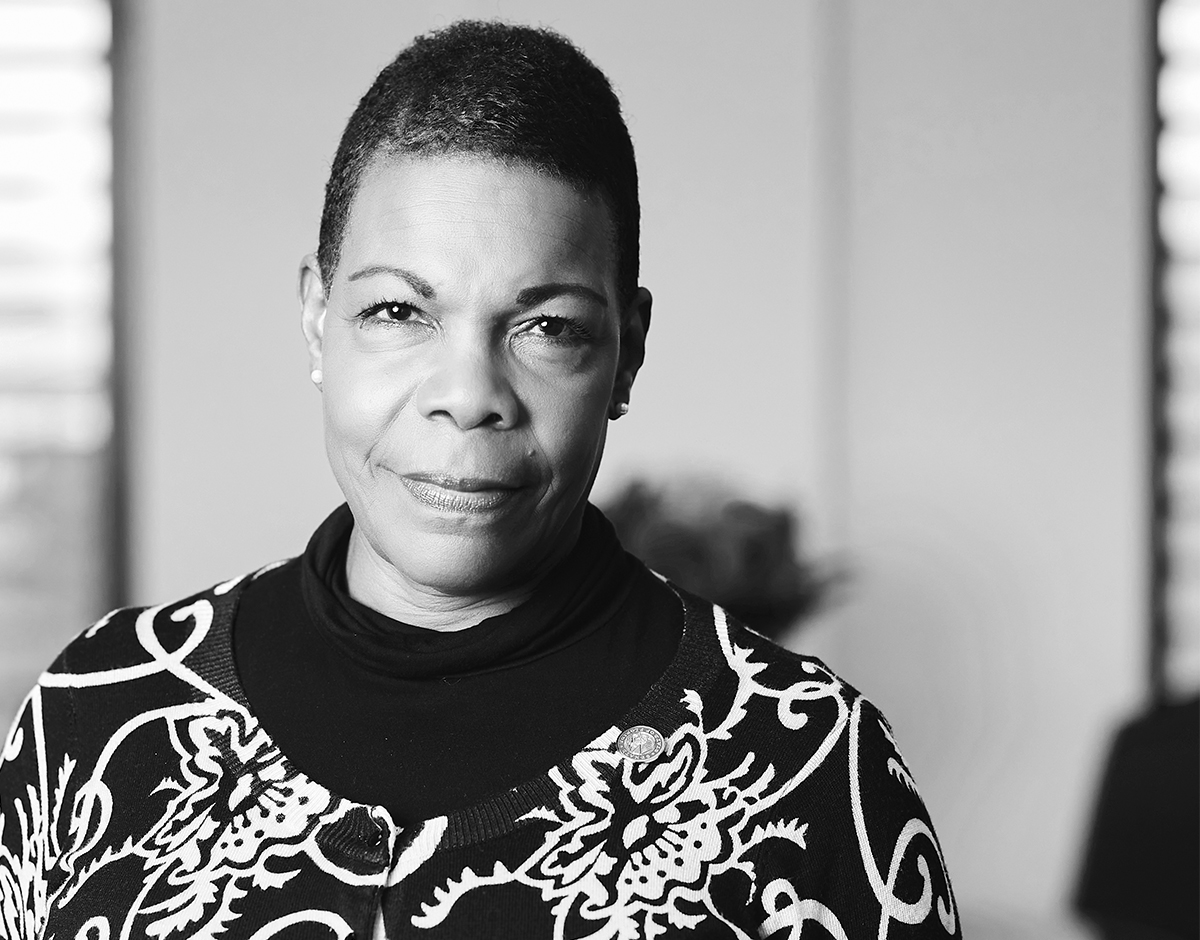 'I’ve never seen you hold a grudge or dislike anybody.'

Audrey Gibson will soon be freer to spend more time with her large extended family, some 18 of whom traveled from other states to see their matriarch honored in the well of the Senate.

The Democratic Minority Leader demanded maximum responsiveness to the public from her staff, muscularity from her fellow Democrats, and as much cooperation as she could coax from Republicans.

Always prepared, she annotated the working drafts with sticky notes, perhaps to add or subtract language from a bill, or to distill a concept to its essence. Sometimes she used a different kind of sticker to affix on the lapels of colleagues who had delivered on a favor or performed well, the kind a schoolteacher might collect that say things like “Good job!,” “Brilliant!” or “Way to go!”

“One of my personal goals was to get a sticker from Sen. Gibson,” Sen. Janet Cruz announced during time set aside to honor colleagues who have hit their term limits.

With Sine Die approaching and no sticker having come her way, Cruz approached the woman she regarded as a mentor and asked for one directly, which Gibson cheerfully supplied.

“I appreciate the independent thinker that you are,” Cruz said, “and the fact that you’re not afraid to create a stir. I think you are part of the last great group of statesmen that work with others regardless of party affiliation, to get things done here for Floridians.”

Gibson, a Jacksonville native, majored in criminology at Florida State University and was working as a liaison for the Jacksonville Job Corps Center when she set her sights on the City Council. She came within four points of Reggie Fullwood. She ran for the state House in 2002, winning the seat on a campaign of jobs and education.

She won the next three House elections unopposed in general elections; the closest challenge was, again, Fullwood in the 2006 Democratic primary. Gibson defeated him with 57% of the vote.

Her proudest accomplishment in the House, she later said, was her work on the Caroline Cody Act, which allowed prosecutors in capital felony cases to introduce victim impact statements to the jury before sentencing.

When she ran for an open Senate seat in 2011, that record and community ties helped win endorsements by organizations representing police, firefighters and Realtors.

“She is experienced, but she doesn’t act entitled,” a Jacksonville Times-Union editorial said of Gibson. “And she has the ability to work across the aisle to build alliances.”

Asked by a local TV news reporter in 2018 if she cared to highlight any achievements, Gibson sidestepped the question to lobby for a diabetes education bill that had died in committee. Getting accurate information to the public about diabetes was a priority of her mother’s. Lois Davis Gibson, a retired dean of health services programs at Florida Junior College, died in 2015.

Her father, retired educator Ernest Gibson, who earned teaching certification in multiple subject areas and coached football, died last August at 92. Gibson talked often about her father (who was himself diabetic), a man with lifelong church and community ties who began his teaching career at Douglas Anderson School, which only African American students attended.

“If you want to understand a strong woman, find out about her dad and her relationship with him,” said Sen. Dennis Baxley, who attended the funeral.

A Republican who acknowledged he and Gibson are frequently “on different sides of an issue,” Baxley told Gibson he loved her.

“And I will vote against you and debate you a lot,” he added.

Sen. Bobby Powell, the Democrat Minority Leader Pro Tempore, told Gibson her relaxed, natural interpersonal style had helped him drop his guard when he got to the Senate in 2015.

“I’ve never seen you hold a grudge or dislike anybody,” he said.

Gibson thanked family members in the chamber or watching remotely as well as her parents. A fan of Ralph Waldo Emerson, she talked about the importance of building self-reliance and relationships at the same time. Gibson especially thanked her staffers, who field calls daily from the public. Many are seeking information they don’t know how to retrieve. The Senator insisted that staff do everything possible to help them find it, whether the answer lies within her office or someone else’s, whether they are her constituents or not.

“They’ve called everywhere else and we are that last frontier for them,” she said.