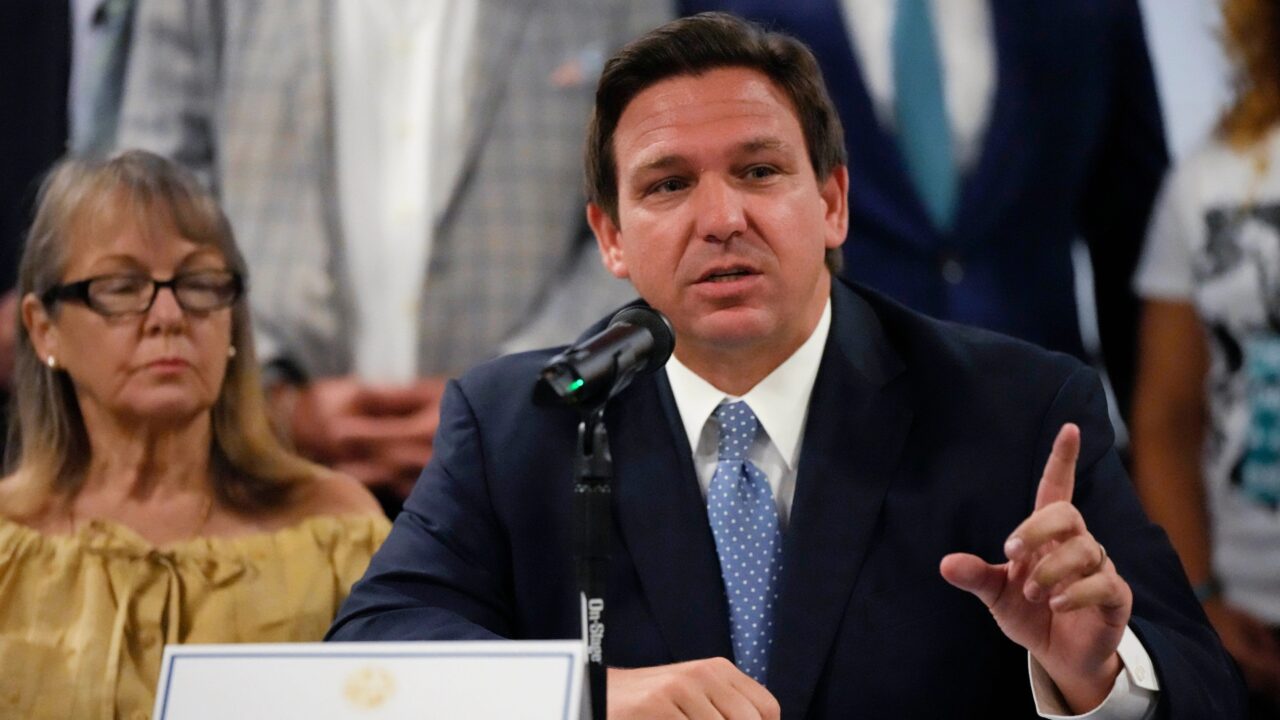 Power is 'splintered' among Cabinet members.

This time, however, it was rhetorical.

During a press conference in St. Petersburg, DeSantis argued Florida’s governing document deviated from principles of the founders of the United States and suggested Alexander Hamilton and James Madison would have found the state’s constitution lacking.

“Let’s put it this way,” DeSantis said. “In the 1960s when they did our state constitution, they were absolutely departing from some of Hamilton and Madison’s insights.”

The Governor was responding to a question about whether the Commissioner of Education should be appointed or elected when he launched into his holistic critique.

Commissioner Richard Corcoran argued that he should serve at the pleasure of the Governor, but referred to the post erroneously as being part of the Cabinet. DeSantis corrected Corcoran, a former Speaker of the Florida House, reminding him that the Department of Education is more correctly considered an “executive agency.”

Then the Governor offered far more trenchant criticisms of the 1968 Legislature and the voters who ratified the modernization of Florida’s Constitution, noting that the document’s understanding of executive power is a jumbled mess.

“This goes back to political theory,” DeSantis said. “You go back and read Alexander Hamilton on how the Constitution was structured. Read Hamilton on executive authority. He would not have liked parts of the Florida Constitution.”

The Governor suggested that Hamilton would have wanted him to have more power.

DeSantis cited the Florida Department of Law Enforcement (FDLE), which is headed by “all four Cabinet members acting together” with “no one person accountable for FDLE.”

“Hamilton hated that,” DeSantis claimed. “He thought there had to be one person who was accountable, one person who could make the decisions, and you have a very clear chain of command.”

“There’s people who are critical of Hamilton and Madison,” DeSantis said. “But if you look back through American history, there are not very many people that are smarter than Alexander Hamilton. I mean this guy was absolutely unbelievable and I think if you read him on executive power or on the judicial power, I’m not sure that anybody has surpassed him, and we’ve had over 240 odd years to be able to do it.”

previousDennis Ross wants to return to Congress in open CD 15