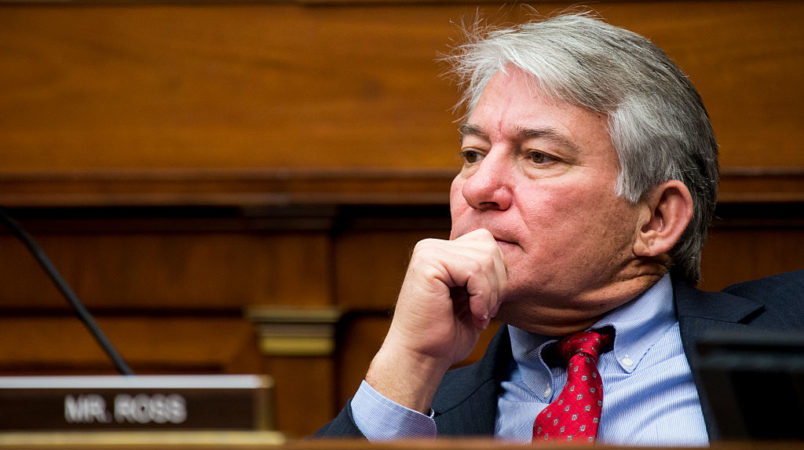 The new Central Florida district covers much of his old jurisdiction.

Former Rep. Dennis Ross wants his old job back. The Plant City Republican announced he will run for Congress in the proposed Florida’s 15th Congressional District.

Ross retired in 2019, but said the wrong-headed policies of President Joe Biden attracted him back into the political arena.

“I have been blessed to have previously served in Congress but the past few years have shown that I have a responsibility to return to restore fiscal responsibility and conservative principles to the halls of Congress,” he said.

“Sadly, the current administration and Congress have run our country into a ditch — effects we see every day at the gas pump and in the grocery store. As a result, our country is worse off today because of their failed agenda and policies.”

However, under a congressional map (H 8019) passed by the Florida Legislature, Franklin lives in Florida’s 16th Congressional District and is expected to run in the Lakeland-based district. Meanwhile, a new seat with no incumbent covers much of north Hillsborough County and south Pasco County, including Citrus Park, Temple Terrace, Zephyrhills and Dade City.

A press release from Ross’ campaign notes this new district covers much of his prior jurisdiction. It’s a swing district, where 49.45% of voters picked Republican Donald Trump in the last presidential election and 49.21% voted for Biden.

At the same time, this particular map’s future is in jeopardy, as Gov. Ron DeSantis has threatened to veto it.

It also includes an extended statement laying out Ross’ platform this year and assessment of the state of the union under Biden.

“Wages are going in the wrong direction and the economy is stuck in reverse. Inflation is at an historic 42-year high and rising. Grocery stores shelves are empty and everything costs much more than it did only a year ago. Our national debt has reached a calamitous level as the liberals in Congress fritter away trillions of your money while raising taxes to support their spending addiction,” he said.

“The United States is weaker globally as witnessed by the war in Ukraine and China’s threats on Taiwan and our enemies across the globe are emboldened by the lack of leadership coming out of Washington, D.C. Gasoline prices are skyrocketing to record levels as Congress believes that we no longer need or should produce oil and gas in America. Yet, in the face of higher prices, this administration’s war on American energy independence has created an energy crisis, jeopardized our national security, and is now fueling (Vladimir) Putin‘s war on Ukraine.”

Ross was a senior deputy minority whip in the House when he retired. He previously served in the Florida House. He ran for Congress first in 2010, originally in Florida’s 12th District, and won.

Long allied with law enforcement leaders, he cited crime as an important issue this year.

“Violent crimes are destroying our communities while our brave police officers are ridiculed, threatened and defunded. Drugs are flowing into our country and millions of illegal aliens continue to pour across our open border,” he said. “Concerned moms and dads are labelled domestic terrorists and targeted by the FBI for daring to express concern over what curriculum is being taught in their child’s classroom.”