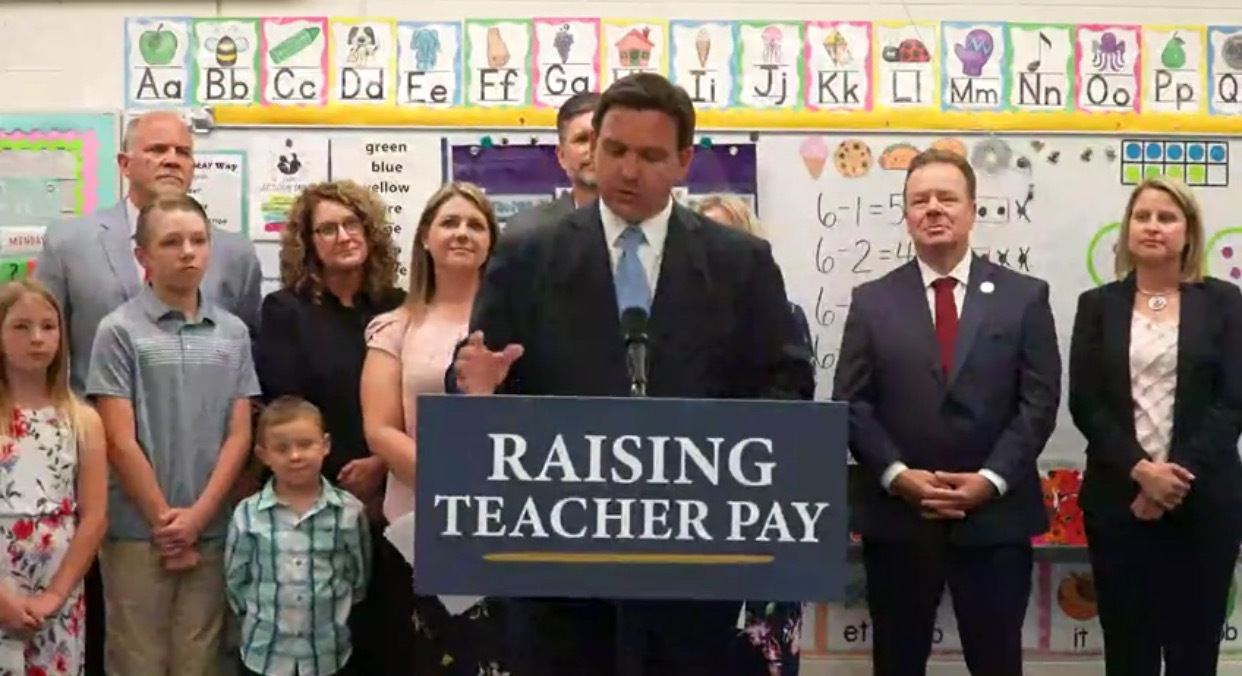 'I would tell voters: Just be very careful.'

Stressing that he didn’t know the specifics of the Duval County proposal, the Republican Governor pointed to gaps between what is promised and what is delivered when tax hikes are proposed generally.

“I’ll let them decide,” DeSantis said to a reporter in Fleming Island, where he was highlighting $800 million more in teacher pay in the state’s upcoming budget.

“I don’t know what’s proposed or not proposed, but I’ve seen over the years where people will say they’re going to address these problems, which people would like to see, and then it ends up, you know, the money gets frittered away, then they come back and ask for more tax increases, and that’s bad,” DeSantis said.

“So I would tell voters: Just be very careful when people are putting this out.”

Asked for specific examples, DeSantis said “you see it all the time,” but didn’t offer a detailed example.

“Just be careful about that,” he added.

On Mar. 1, the Duval County School Board cast a 6-1 vote in favor of raising rates one mill. The expectation is that it would add up to $82 million more a year in recurring funding.

The district has already primed the pump, selling a half-cent sales tax increase for capital needs over the next decade, a measure which passed on a referendum in 2020.

This new tax hike would also be subject to voter approval, pending City Council fulfilling its ministerial function to put the matter on a ballot for a vote.

Other school millage pushes are happening elsewhere in Florida, such as Pasco County. And thus far, they have succeeded in predominantly blue counties. Broward, Miami-Dade, Palm Beach and Pinellas counties all passed millage hikes.

While DeSantis didn’t openly denounce tax hike bids like this in Northeast Florida Monday, he clearly waved the caution flag, potentially giving a signal to Republicans courting his favor ahead of the 2022 and 2023 elections.

previousStudy: Florida isn't a sunny place for physicians to practice