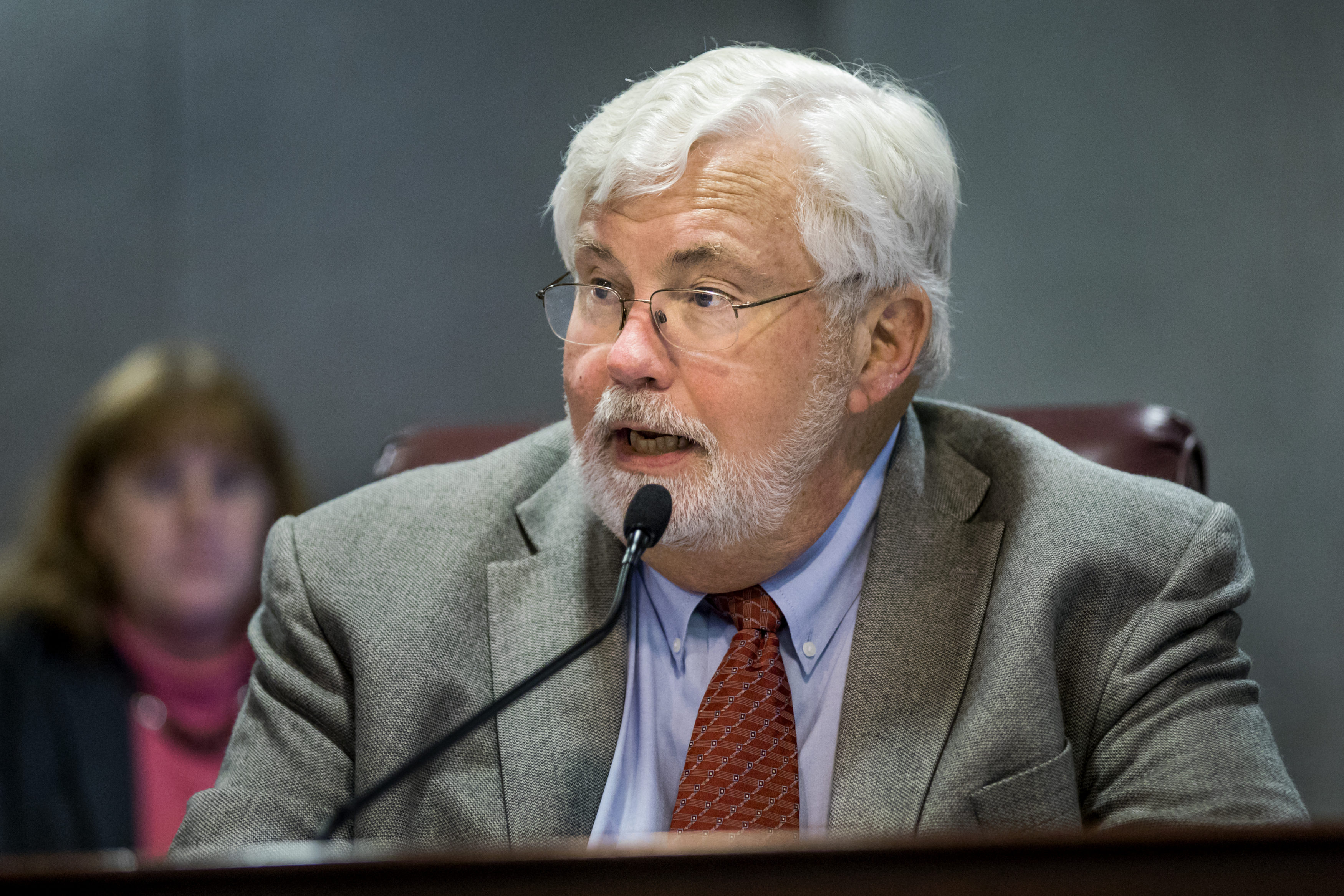 The accusations led to Latvala’s resignation in 2017.

A long-dormant investigation by the Florida Commission on Ethics into allegations against former Sen. Jack Latvala, a Clearwater Republican, sexually harassed a Senate aide appears poised to move forward in the coming weeks.

The letter states the Commission on Ethics is set to recommend there is probable cause for the allegations and Andrews will depose Perrin Rogers for at least two days, reviving the episode that led to Latvala’s resignation in 2017.

“If probable cause is found, a trial at (the Division of Administrative Hearings) will be set and I will be forced/have no choice but to vigorously defend this matter on behalf of my client,” Andrews wrote. “While I disagree with Mrs.  Rogers’ allegations, I am very sympathetic to the toll several months of discovery, numerous depositions, and the process will have on her and the healing and progress she has made over the past several years. I am loathed to have to reopen those wounds, but if probable cause is found I will have no choice. In other words, the Commission is not giving my client or Mrs. Rogers a choice.”

Cruz, Perrin Rogers’ attorney, did not immediately respond to an email seeking comment Friday. But in a statement, Perrin Rogers said she hasn’t retained counsel for the ethics investigation.

“I was required as a condition of my employment with the Senate to participate in the previous investigations. The Ethics Commission is now taking those mandated depositions and interviews and using it in their process. The CFO’s Office of Risk Management should be covering any legal counsel I may need as a result of this state entity’s action,” Perrin Rogers said.

“The Senate’s official position was that I ‘asked for it.’ That was deeply hurtful and is beyond hypocritical based on the public statements they made encouraging women to come forward. As such, I have low expectations for them doing the right thing which would be working with Risk Management to have this handled properly.”

POLITICO was the first to report the allegations of sexual harassment from six anonymous women in November 2017. Perrin eventually came forward to make the accusations public. The Senate hired a Special Master, former Judge Ronald Swanson, who concluded in his report that probable cause existed to warrant further investigation.

The report also included the accusation of another woman that Latvala traded sexual favors for action or inaction in the Senate.

Latvala vehemently denied the charges but still resigned in December 2017, avoiding a Senate investigation and possible censure or removal from the Senate. A criminal investigation ended with the Florida Department of Law Enforcement finding there wasn’t enough evidence to pursue charges, and Leon state attorneys agreed, so no criminal charges were ever filed.

But a separate ethics complaint was filed by a Pinellas County resident over the matter, which was dormant until this week. If the ethics panel upholds the charges, it can only issue a fine of up to $10,000.

“It’s unfortunate that it has taken almost 5 years for this ethics complaint to work its way through the system,” Latvala said. “I believe all parties involved have wanted to move on and have suffered enough. But if this moves forward, I will welcome the opportunity to clear my name and present evidence and testimony that the ‘so-called’ Special Master’s report chose to ignore or not include.”

“Now through this process with an Administrative Law Judge, we will be able to subpoena witnesses and question them under oath,” he continued. “All the people who were part of this rigged process better buckle up!”

nextWhy the 14th Amendment has surfaced in midterms