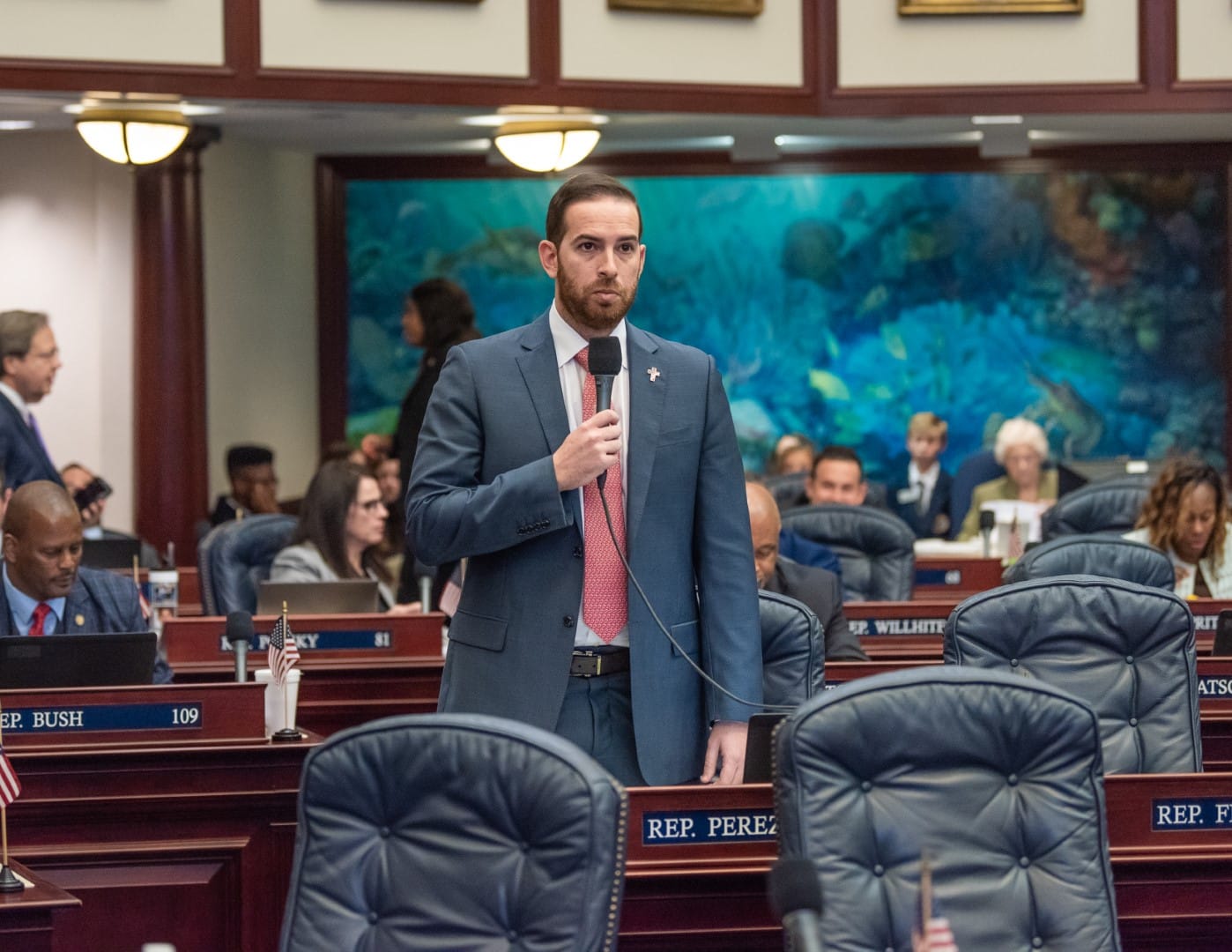 He carried the election integrity package and the primary bill for post-Surfside reforms.

That Rep. Daniel Perez wields significant power in the Capitol is no surprise. After all, he was picked by fellow members of the 2018 Republican class to serve as House Speaker for the 2024-26 term.

He isn’t resting on his laurels waiting for his turn on the dais, however. In the 2022 Legislative Session, the Miami Republican carried several important bills and while some fell short, his efforts sowed the seeds for success in the Sessions to come.

The most obvious victory for Perez this Session was the elections law package. The bill (HB 7061) contained several of Gov. Ron DeSantis’ “election integrity” priorities, including the establishment of the Office of Election Crimes and Security within the Department of State which will be tasked with investigating complaints about voter fraud.

The legislation also increases the penalties on organizations that violate election registration laws from $1,000 to $50,000, asks supervisors of elections to maintain voter roll lists annually instead of every two years, bans ranked-choice voting and changes vote-by-mail forms.

He managed to get the GOP priority across the finish line without allowing it to be watered down during the committee process.

Perez was also one of the leading advocates for legislation addressing high-rise condominium safety regulations. Of the many bills filed in the wake of the Champlain Towers South collapse in Surfside, his pitch (HB 7069) came closest to passing.

The bill cleared the House with a unanimous vote but the Senate didn’t take it up until the final week of Session, and when they did they tacked on an amendment nuking reforms to regulate how much reserve funding condo buildings are required to have and when studies should be done of how much reserve would be needed.

The only substantive provision in the bill approved by the upper chamber was a requirement that aging condo buildings undergo regular inspections. For Perez, passing a bill that only had inspection requirements was hardly reform. Though disappointed that the bill didn’t pass, Perez said he plans to keep pushing for meatier reforms next Session.

Another bill Perez sponsored this Session (HB 5015) would have created the Legislative Office of Risk Assessment. The office would have been charged with identifying potential perils facing the state, detailing them in 10- and 30-year outlooks, and determining cost-effective ways to mitigate their potential damage.

The concept died during budget conferencing, but the effort is likely a preview of what Perez will push for in the coming years and during his Speakership. For now, though, he’s not looking to outshine House Speaker-designate Paul Renner, who is set to take the gavel following the 2022 elections.

“My No. 1 priority is to support Speaker Renner as he leads the Florida House of Representatives; I am focused on how we drive his priorities forward and champion his goals for the state of Florida,” Perez told Florida Politics.

Still, Perez did hand out some superlatives to fellow members of the 2018 House Republican class.

“I am incredibly proud to work with a very strong class of legislators. Representatives Will Robinson, Josie Tomkow, Lawrence McClure and Tyler Sirois, each carried significant pieces of legislation this past Session that will have a lasting impact on our state. They are each hard-working members who are invested in the process and they’ve proven they’re ready to build on the momentum gained this Session,” he said.

previousRick Scott won’t back down from party fight