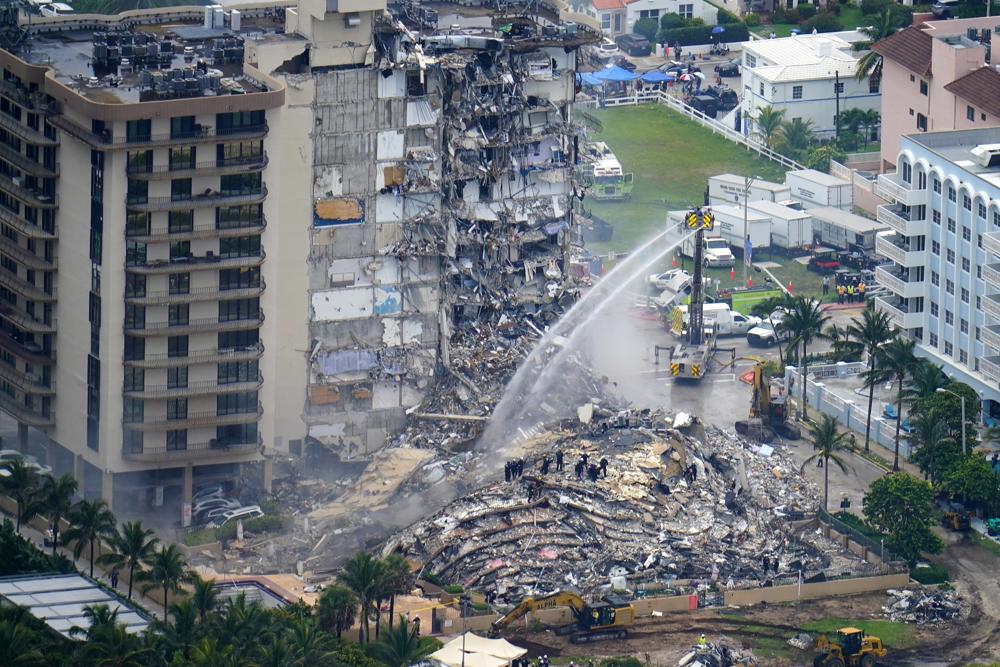 The newly elected mayor of Surfside is making the town’s response to the deaths of 98 people in the collapse of their oceanfront condominium a top priority in his new administration.

Mayor Shlomo Danzinger has called a special meeting of the town commission on Tuesday, his first as mayor, to discuss the June 24 Champlain Towers collapse. He wants to plan an event marking the one-year anniversary, create a memorial to the victims and install signage at the site to remember the lives lost.

“This is the town’s responsibility,” Danzinger, who defeated former mayor Charles Burkett on March 15, told the Miami Herald. “It’s our town. It was our residents. It was our neighbors and our friends.”

In the days after the collapse of the 12-story tower, Burkett became the face of the 6,000-resident town, visiting the site daily, meeting with the families of the missing and speaking along with Gov. Ron DeSantis, the county mayor and fire and police officials at internationally televised news conferences.

Danzinger didn’t talk much about the collapse during his campaign, saying he didn’t want to politicize a tragedy that killed 98 people. But he told the newspaper the town needs to continue focusing on the victims and those who lost their homes.

The just-completed 2022 Legislative Session did not include any approved Surfside-inspired legislation.

Broward County Commissioner Steve Geller, who served 10 years in Senate, led a study group that took 27 hours of testimony on how to reform Florida’s condo regs and submitted proposals to the Legislature. He also agreed the Session represented a lost opportunity.

“Both houses had different visions of how far they wanted to go … They should have at least passed what they could agree on,” Geller said. “However, having spent 20 sessions up there, when you send bills back and forth in the last few days of Session, I know that if they are not one of the priorities of the President or Speaker, sometimes they just don’t get taken up again.”

“I sincerely hope they will take it up next year,” he said.

Republican Miami Rep. Daniel Perez, who introduced the bill that nearly made it to the finish line said that he too was disappointed: “For the Surfside families and all the Floridians who live in condominiums.”

Republished with permission from The Associated Press. The Florida Politics staff contributed to this report.