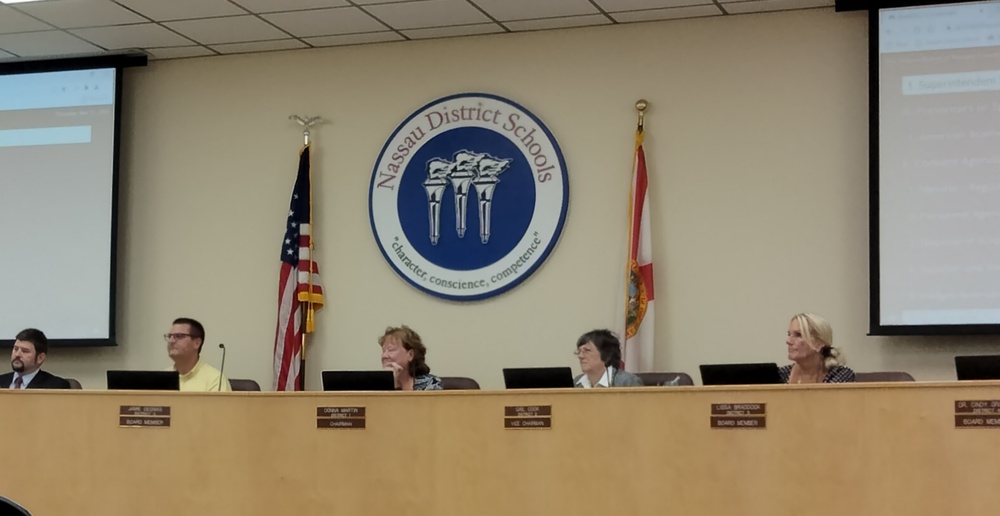 It’s the sort of vocal tension you hear when people discuss rising water and they’re not sure if they’re properly prepared.

Nassau District Schools officials again voiced concerns this week about what the school system can do within its means to handle the county’s explosive growth.

“Essentially, what I found was we have several problems we have to address,” said Brett Steger, attorney for the district, at its latest meeting. “We’ve got an influx of people, obviously, to the county, but specifically coming into the Yulee area. It’s noted in the report that I believe it’s about 2,200 students that are expected to be generated by the growth of the new developments that are coming in.

“Specifically, there’s a new development on Pages Dairy (Road) about half a mile from Yulee Elementary (School), that I believe is 300 homes, is what’s expected. We’ve got an issue with the growth that’s needed to accommodate those students. We also have the issue of the traffic concerns that are on Felmor Road (next to the school and State Road 200).”

The board unanimously approved making an offer on the land in January, but Board member Cindy Grooms requested the issue be brought up and reexamined in February under concerns there wasn’t enough investigation and due diligence beforehand. She made a motion Thursday to rescind the purchase offer, but it failed for lack of a second.

The district could close down Yulee Elementary and build a new campus elsewhere, but regardless of the cost, that’s a five-year effort, Superintendent Kathy Burns noted. And a one-for-one replacement isn’t much of a help anyway when the district needs additional schools in the coming years. Hence, purchasing the 10 acres next to Yulee Elementary for expansion and traffic management is the best the district can do now with its resources.

“We’re not going to be able to close a school,” Burns said. “We’re going to need additional schools in the future. You all have that report from the November workshop. So, we’re already behind today.”

Construction already has started on the new Pages Dairy development, she added, along with another group of homes not far away.

Part of Grooms’ pitch was that the district shouldn’t be putting more school traffic near SR 200’s perpetually clogged lanes.

nextNo. 3 on the list of Tampa Bay’s Most Powerful Politicians: Jane Castor