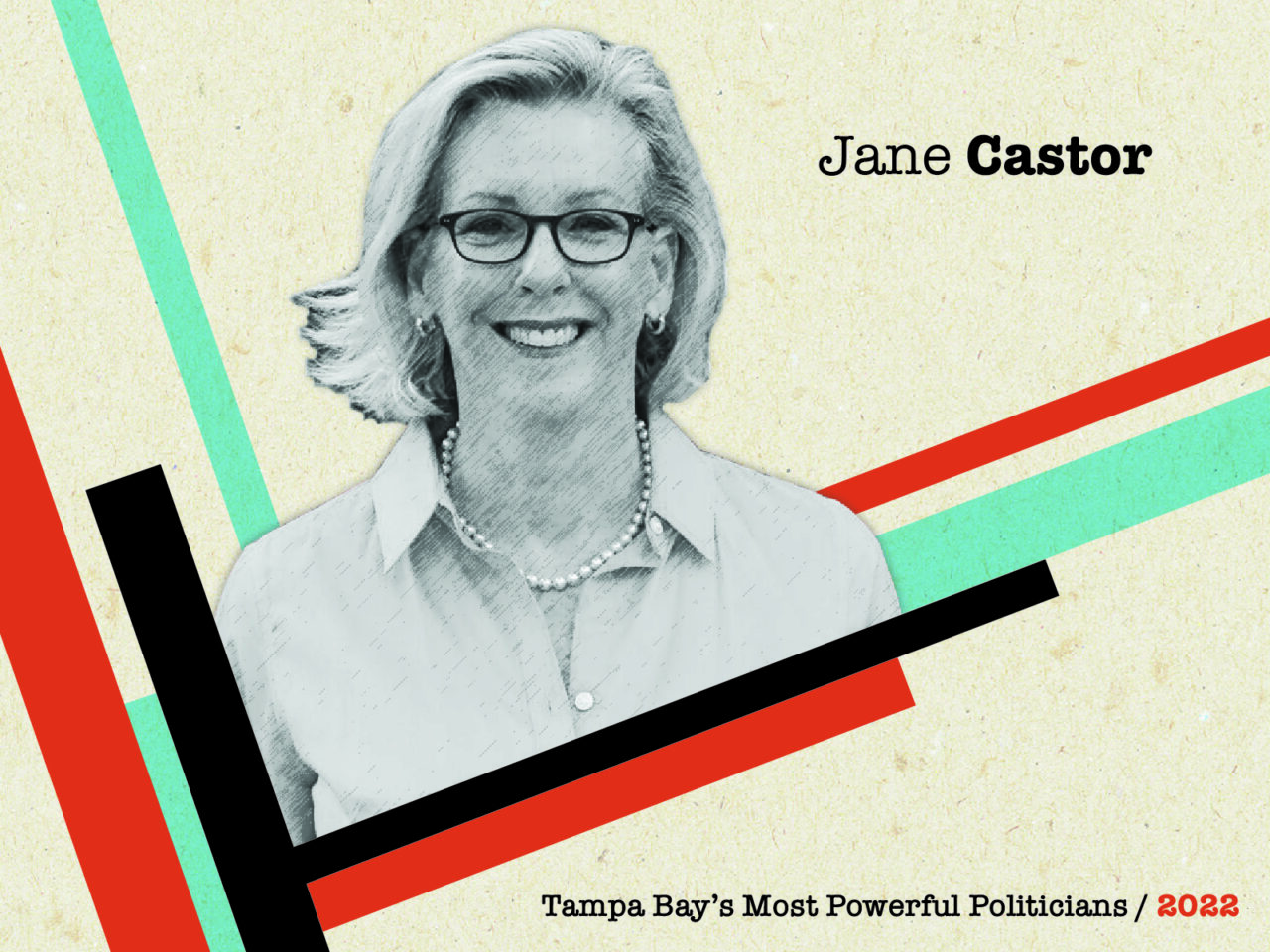 Castor's political star could one day shoot well past her office on Kennedy Boulevard.

Tampa Mayor Jane Castor exploded onto the list of Tampa Bay’s Most Powerful Politicians at No. 12 during her first year in office as her political star was rising.

Halfway through her first term, that “rising star” is a fixture in Tampa Bay’s political skies.

“When you think of Tampa, it’s hard to think of a bigger and more powerful presence than Mayor Jane Castor,” said Ashley Bauman of communications firm Mercury. “From her time as a young police officer doing overnights in East Tampa to Mayor, where she’s transforming Tampa’s tomorrow, Mayor Castor’s bold vision and collaborative leadership style is unparalleled. And when future generations look back at this pivotal moment in Tampa’s history, they’ll remember Tampa’s Mayors as visionaries.”

Castor’s response to the COVID-19 pandemic helped rocket her to the penultimate spot on the last list. The fact that Tampa Bay became Champa Bay under her leadership with a Super Bowl championship and back-to-back Stanley Cups hasn’t hurt either.

And though she might’ve dropped back one position this year, Castor continues to rack up impressive wins for the city and her administration.

One of the major storylines to come out of Tampa Bay following the pandemic was affordable housing. And there, Castor helped take some significant strides. In October, she announced the city was more than halfway to her eight-year goal of adding 10,000 affordable housing units to the city’s inventory in only two years. Castor also launched a rental assistance program that was so popular it had to pause applications after just a week of operation. She also expanded housing assistance programs for first-time homebuyers.

Her Transforming Tampa’s Tomorrow initiative has pushed for net-zero emissions for the city. And she recently signed a pledge to reduce traffic fatalities in one of the deadliest cities for cyclists and pedestrians to zero.

But in the biggest flex of her strength yet, Castor successfully selected a new police chief despite highly publicized scrutiny and pushback from members of the City Council.

“Jane Castor is the leader every city wishes they had. Her energy and enthusiasm are infectious, and she has guided the city through a period of extraordinary growth,” said Ron Pierce, president of RSA Consulting. “She is known in Tampa for her fun, fresh initiatives, and throughout Super Bowl and Stanley Cup championships, she holds her own as one of the faces of Champa Bay. Jane Castor makes our hometown a great place to work and live, and I’m excited to see what she does next for Tampa Bay.”

Castor is also part of a burgeoning political dynasty. Her longtime partner is Ana Cruz, herself an influential lobbyist and daughter of state Sen. Janet Cruz, another one of the area’s most powerful politicians.

And while her focus remains on Tampa, Castor’s political stock is wide-reaching and valuable. She’s the first openly gay woman to lead a city in the Southeast, an honor that earned her national headlines. As the state and country continue to watch Tampa’s growth, insiders speculate Castor’s star could one day shoot past her office on Kennedy Boulevard.

“Tampa is the envy of almost every other city in the country, let alone Florida. A typical ‘Florida Democrat’ who’s just left of center, pro-business and former law enforcement, she could also attract progressives as the first lesbian Mayor in a major Southeastern city,” WFLA’s Evan Donovan said. “She says she doesn’t want it, but if Florida tires of the conservative warrior-style Governor, Castor could fill a lane with potential.”

Joe Henderson’s take: Tampa continues to grow and thrive on her watch, earning recognition as the nation’s top emerging tech city. Its once-sleepy downtown has been transformed into a lively business and entertainment center.