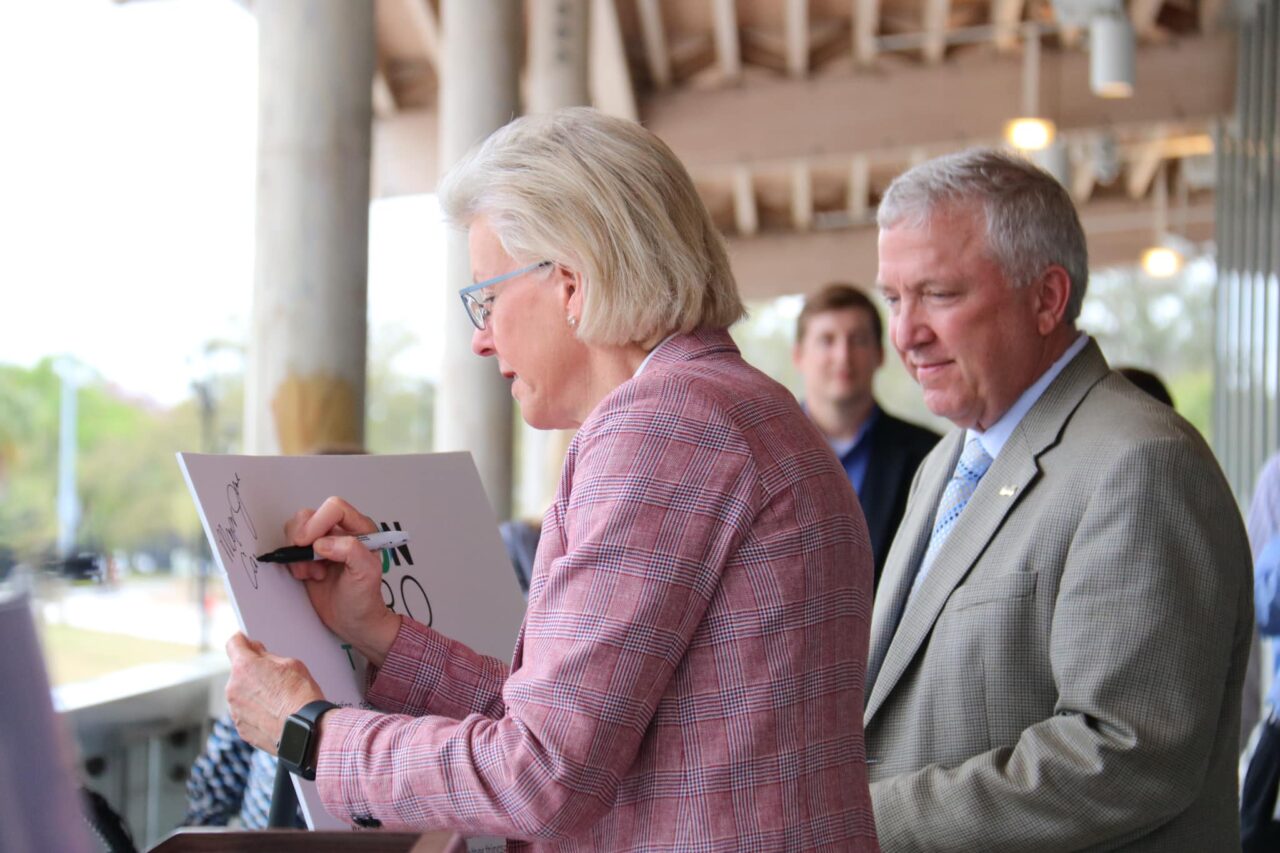 On average, Tampa sees about 44 people die and another 289 suffer life-altering injuries on Tampa roads each year,

Tampa Mayor Jane Castor joined members of the City Council and other officials Wednesday to introduce a plan the city hopes will reduce traffic fatalities and serious injuries to zero.

Castor led the group in signing the Vision Zero Action Plan. Vision Zero is equal parts pledge and practice. It was first used in Sweden in the 1990s and brings a multidisciplinary approach to traffic safety.

“It is something that has been near and dear to my heart,” Castor said. Not just since becoming Mayor, but as a police officer for 31 years and as an avid cyclist as well. And many of you are aware of the unfortunate designation of the Tampa Bay region being usually in the top 3 locations in the United States in traffic fatalities, and we do everything that we can to try to eliminate those.”

On average, Tampa sees about 44 people die and another 289 suffer life-altering injuries on the city’s roads each year, according to the plan. But that number has shot up in recent years, nearly doubling last year. There were 56 deaths in 2019, 56 in 2020 and 81 in 2021.

Castor said Complete Streets will be a major part of Vision Zero. Complete Streets is another transportation approach looking to reduce traffic deaths and injuries. Complete Streets takes an egalitarian approach to roadways that have been largely focused on vehicular traffic since the rise of the interstate and prominence of automobiles after World War II. It aims to have streets designed and built with equal importance given to pedestrians, straphangers and motorists. The 50-year-old design concept has seen a rise in popularity since the 2005 creation of the National Complete Street Coalition.

Tampa said Complete Streets and Vision Zero are a major part of “making sure that our roads go from some of the most dangerous in the nation to the safest in the nation.”

“Complete Streets will be a great addition to safety and turning our neighborhoods back into neighborhoods,” she said. “A lot of these injury and fatality accidents happen on the six-lane roadways. They happen at night in low-light areas.”

But Director of Mobility Vik Bhide said it’s not always one size fits all with completing streets, as he learned when reaching out to the public for an East Tampa project on Columbus Drive.

“Initially, when we examined what we wanted to do, what kind of network we wanted to build from a bike-walk standpoint, our natural inclination was, well, let’s examine what are some of the things we can add here. Modify parking, add bike lanes and try to accommodate everything,” Bhide said. “The feedback from the community was they wanted slightly different priorities.”

And the city listened. Instead of separate bike and walking lanes, those are shared and come with safety markings and a wider sidewalk. Bhide said throughout the COVID-19 pandemic the city held virtual meetings to engage with communities and devise an action plan. The city said it used a data-driven approach to identify community concerns, evaluate crash data and trends, then strategizing with the VIsion Zero Task Force. From there, the city identified three priorities: building more sidewalks and trails; more pedestrian crossings; and dedicated bike lanes. It also identified three major challenges: changing driver behavior; designing safer roadways; and changing road use behavior.

Bhide said education will play a big role in helping create safer roads and people. The city will engage in a number of outreach events to let people know how they can help make streets safer. One of the major aspects of putting the plan together was creating a High Injury Network of Tampa’s deadliest roads. The Florida Department of Transportation has a new text alert system to let drivers know if they’ve passed through a street within the High Injury Network that tells them what they can do to improve safety.

With a number of the city’s roads falling under Hillsborough County or state jurisdiction, coordination can be difficult. But Hillsborough and the state have also committed to Vision Zero, creating a multijurisdictional partnership that even crosses into neighboring counties.

One of the project’s major setbacks could be funding. But Bhide said that won’t stop anything. He said the plan is designed to have some short-term, lower-cost projects as well as multi-year endeavors. The action plan is also a living document he said, with updates and improvements happening regularly.

previousLast Call for 3.16.22 — A prime-time read of what’s going down in Florida politics