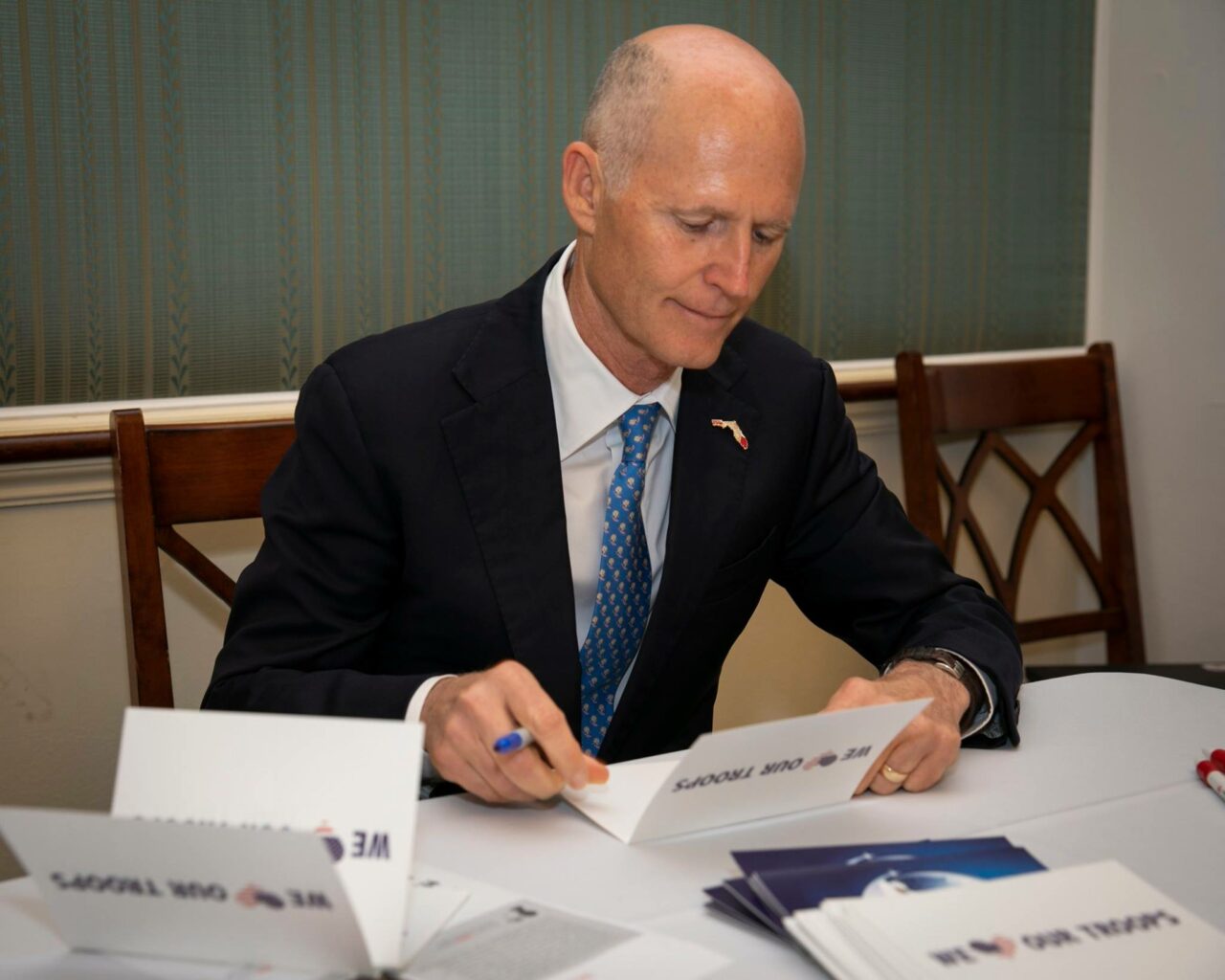 'Every day as I practice my Spanish, I think of Jeri and hope that I’m making her proud.'

The universally liked Bustamante served as then-Gov. Rick Scott’s press secretary, often traveling with him around the state, providing counsel and friendship, and even helping him learn the Spanish language. Reporters got to know her at the then-Governor’s press events, or through back-and-forths with the Governor’s Office over controversies of the day.

Bustamante was just 33 years old when she was killed in a boating accident in South Florida. She died after a boat she was riding in “crashed into mangrove branches lining a narrow channel in Islamorada,” as flkeysnews.com reported contemporaneously.

Though Bustamante has passed, her memory lives on, and her former boss is seeking federal recognition of her life through a Senate resolution honoring her. On Friday, the Senator discussed his former aide, offering insight into a relationship that continues to guide Scott’s public service.

“Today marks four years since the tragic and sudden loss of my friend, Spanish teacher and longtime press secretary, Jeri Bustamante. To her friends, family, colleagues and loved ones — that’s four years of missing her magnetic personality and incredible talent, four years of an impossible-to-fill gap in the hearts of so many. Jeri’s smile and laughter was wonderfully contagious and lit up every room. Today, that’s what is in our hearts and minds,” Scott said.

“Over the years we worked together, traveling the state, practicing Spanish and meeting Floridians, Jeri inspired those around her to be the best we could be and make the most out of any situation. She knew the value of hard work, determination and being kind to others, never hesitating to lend a helping hand.”

“Every day as I practice my Spanish,” Scott added, “I think of Jeri and hope that I’m making her proud, knowing that she pushed me to learn. I hope that as she looks down on us now, she knows the impact she made on our team and those who had the honor of knowing her. And I hope that she knows how much we miss her. It is with a heavy heart that we honor Jeri Bustamante today, and recognize her far too short, but incredibly meaningful life.”

“Jeri Bustamante’s passing was an incredibly tragic loss,” Rubio said. “Jeri was kind and respectful to everyone and was a true inspiration to all who knew her. I continue to honor her incredible legacy and contributions to our state.”