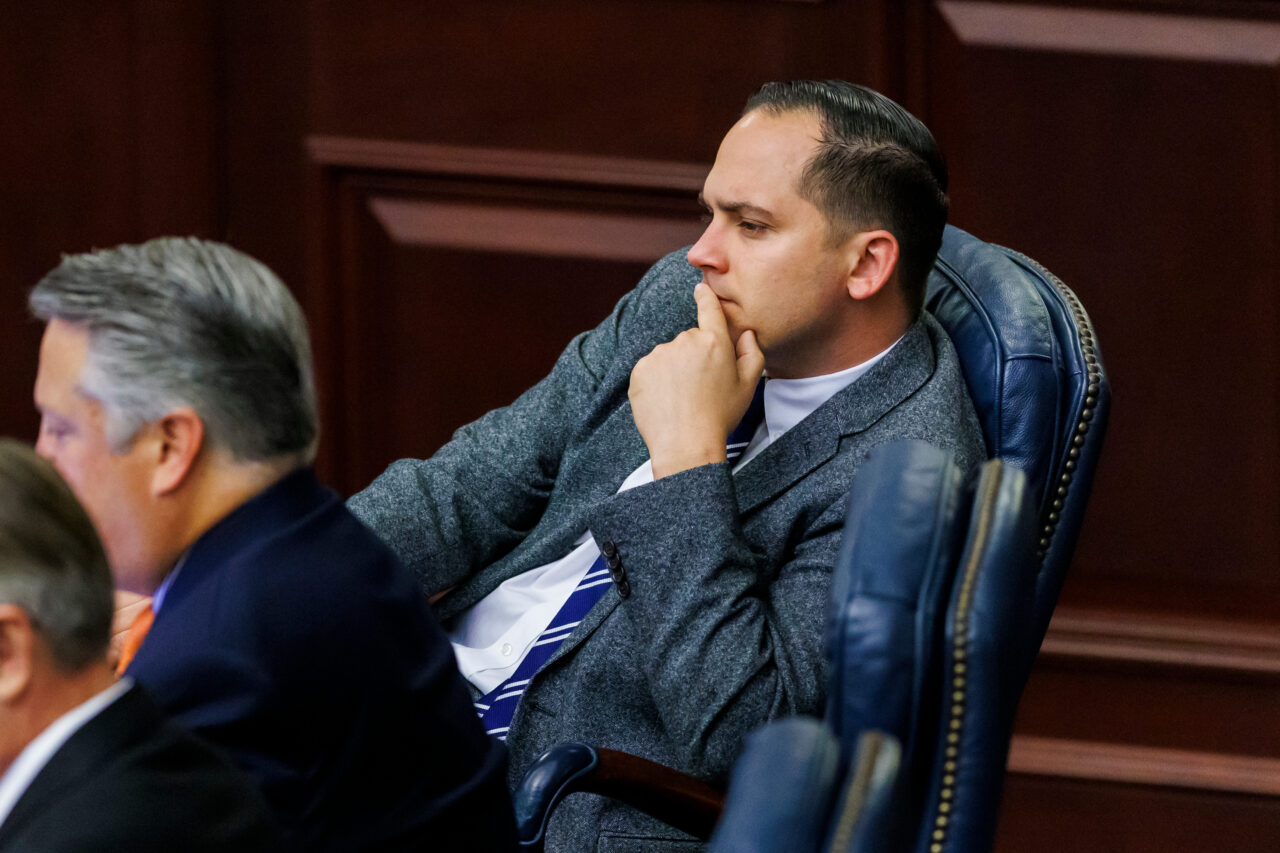 Not everyone is happy with how a Special Session on redistricting appears to be shaking out. But Rep. Anthony Sabatini went on right-wing activist Steve Bannon’s show and celebrated it.

The Howey-in-the-Hills Republican, one of seven GOP members of the Florida House to vote against a map approved by the Legislature, cheered a decision to leave cartography to Gov. Ron DeSantis. He spoke at length on the issue on Steve Bannon’s War Room podcast.

“Tell every flag-waving American in the country to stay vigilant and to keep their eye on the Legislature and make sure they do the right thing and follow through,” Sabatini said.

Sabatini, a candidate for Congress, went on to talk about the maps with Bannon in explicitly partisan terms. Discussing the last submitted map from Gov. DeSantis’ Office (P 0094), Bannon raised the topic of how seats went for Republican Donald Trump in the 2020 election compared to Democrat Joe Biden. Sabatini said there were 20 Trump seats and eight Biden districts, a tally confirmed by a partisan performance analysis from MCI Maps. But he suggested in a Republican wave year, the map would produce 21 Republican U.S. Representatives and just seven Democratic ones.

“Of course, that’s a huge improvement on the 18-10 map, or even the 16-12 map that the Senate proposed originally,” Sabatini said.

It’s notable that Sabatini routinely raised the partisan performance, as Florida’s Constitution includes an amendment, approved by voters in 2010, that prohibits cartography drawn to benefit a political party.

That amendment says: “Congressional districts or districting plans may not be drawn to favor or disfavor an incumbent or political party. Districts shall not be drawn to deny racial or language minorities the equal opportunity to participate in the political process and elect representatives of their choice. Districts must be contiguous. Unless otherwise required, districts must be compact, as equal in population as feasible, and where feasible must make use of existing city, county and geographical boundaries.”

The map with 18 Trump seats that Sabatini referenced was one passed by the Legislature (H 8019) but vetoed by DeSantis. The Senate previously had passed a map with 16 Trump seats, but that was never considered by the House. Plaintiffs in a federal lawsuit regarding redistricting are expected to submit the Senate map (S 8060) for the courts to consider if judges find the map ultimately signed into law by DeSantis is unconstitutional.

Bannon, a former strategist for former President Donald Trump, took credit for urging listeners to lobby lawmakers and the Governor.

“To get a 100-seat majority, we have to start at redistricting,” Bannon said.

Sabatini said he expects DeSantis to submit a new map or just refer to the last submission from his office when the Special Session on redistricting convenes on Tuesday.

“Give it to Gov. DeSantis, he wasn’t going to accept anything except a strong constitutional map that’s good for the country,” Sabatini said.

Sabatini appeared on Bannon’s podcast weeks ago and spoke in even more forthright terms about his problem with the Legislature’s map — and again referred regularly to its partisan composition.

“The single most controversial part of it is a racially gerrymandered Democrat seat that was created by a Supreme Court decision,” Sabatini said.

That’s the part DeSantis has focused on with public criticism, claiming the Legislature’s map would be found to violate the 14th Amendment of the U.S. Constitution because race was a motivating factor in drawing Florida’s 5th Congressional District. But his maps look dramatically different from the Legislature’s elsewhere in the state too.

Sabatini sided with the Governor on a number of those differences. “Our Governor himself saw that the situation was so bad that he himself had to go and create new congressional maps,” Sabatini said on the March 19 podcast.

The lawmaker described himself as one of only seven to vote against the map, though his tally only includes Republicans. Every Democrat in the Florida House voted against the Legislature’s map and all but one Senator did as well.

Describing the Legislature’s now-vetoed map, Sabatini said: “I’ve got to tell you they are still not good enough.”

“In fact, even though they are good in my area and would give me an avenue to Congress — it does create a Republican seat in Central Florida in the greater Orlando area — it’s very bad in the Tampa Bay and Jacksonville area,” he said.

He went on to say that looking at presidential outcomes isn’t enough and suggested looking at 2018 gubernatorial results for DeSantis or his Democratic opponent Andrew Gillum.

“If you look and exchange the nominees in each congressional district for DeSantis and Gillum, this (the Legislature’s map) would have been an actual 14-and-14 map,” Sabatini said. “So if you don’t have a big boost in a red year, you are looking at a perfectly so-called equal map that actually gives Democrats way better performance than they have under the current standard. So these are not great maps.”

Of note, DeSantis won election in 2018 by a razor-thin margin settled only after a legally required machine recount of all votes. It was one of three statewide recounts that year, two of them won by Republicans. In the congressional elections that cycle, with a map that had 27 districts instead of 28, Democrats won 13 seats and Republicans won 14 seats.

Sabatini railed against establishment Republicans leading the Legislature. He also accused special interests of funneling dark money among legislative leaders to ensure the Republican leadership “helped Democrats out” and produced “such terrible maps.”

nextLenny Curry for Congress? He's thinking about it.