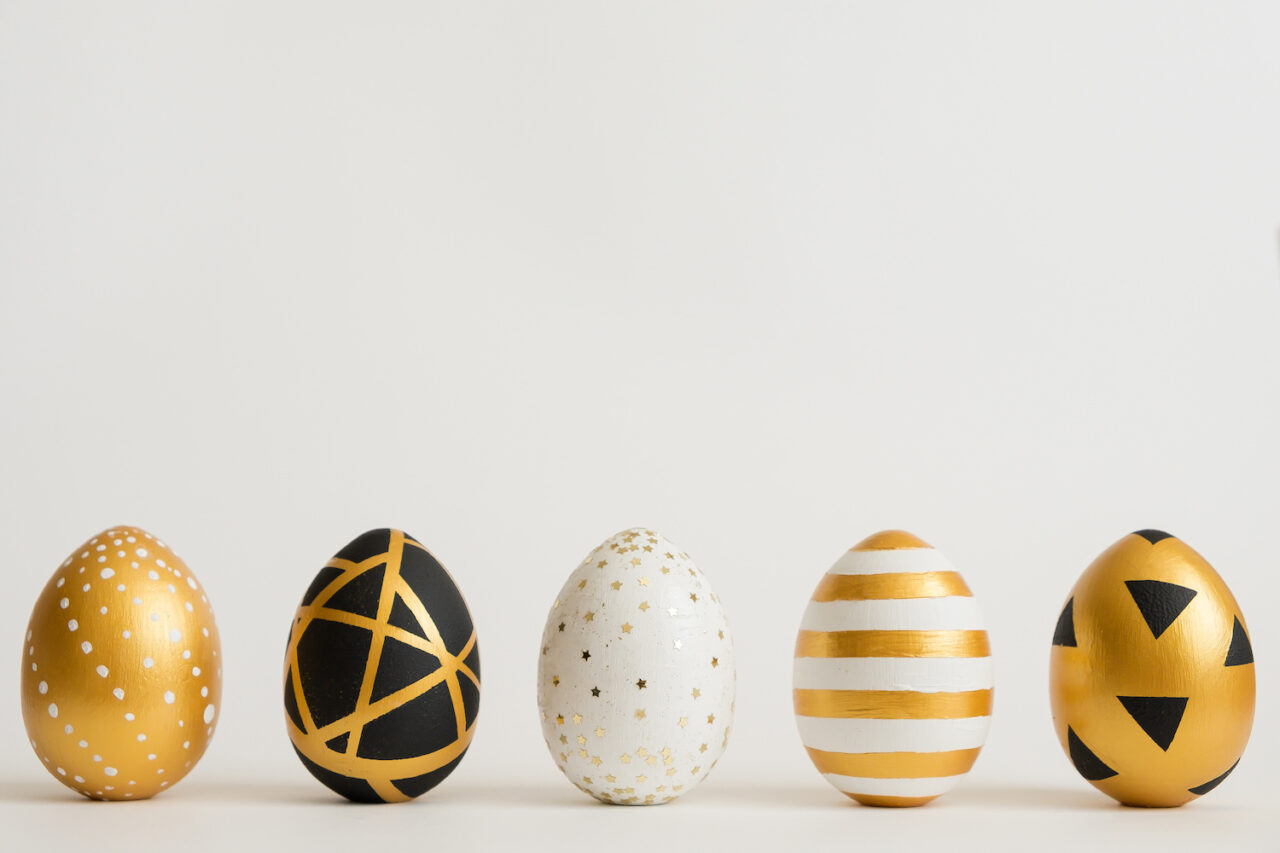 Remember when Easter 2020 was supposed to mark the end of the pandemic? Two years later, and the holiday weekend still isn’t back to normal — but it’s close.

According to a National Retail Federation survey, just over half of Americans plan to celebrate Easter in person this year, whether it’s cooking a holiday meal, visiting with friends and family, or donning their Sunday best and heading to church.

The NRF survey also found that Americans who plan to celebrate Easter will spend an average of $167.69 on items such as candy, food, gifts, clothing and decorations. That’s a little lower than last year’s record-setting $179.70 average, but well above the $151.91 average for Easter 2019, before the pandemic hit.

Part of the gap is due to inflation. Due to rising prices, NRF found many Americans plan to shop around to get the best price for items on their list, and most of them plan to do their shopping at discount stores.

That’s good news for Target and Walmart, both of which have shelves overflowing with baskets, plastic eggs, chocolate bunnies and the weird plastic grass nobody wants but everybody gets.

With customers checking out in droves, Target and Walmart have little time to focus on the goings-on in Tallahassee — they have teams for that. Target’s contract lobbyists include John Harris, Joseph Salzverg, Robert Stuart and Jason Unger of GrayRobinson. Walmart is represented by Mike Corcoran, Jacqueline Corcoran, Matt Blair, Will Rodriguez and Andrea Tovar of Corcoran Partners.

This year marks the sixth in a row that Easter is in April. That’ll be the case for another year thanks to the complex rules governing its spot on the calendar — it’s pegged to the first Sunday following the paschal full moon, which is the full moon that falls on or after the spring equinox.

If you don’t know what that means, well, you don’t need to. That’s what calendar apps are for. Google is behind the most commonly used calendar in the world. At the end of 2021, it was estimated that more than 500 million people relied on the service to schedule meetings, remember birthdays, and presumably figure out the approximate date Jesus Christ and/or his associates moved a rock.

Many of those Google Calendar users live in Tallahassee, including the tech giant’s lobbying team, which features Brian Ballard, Bradley Burleson, Justin Sayfie, and Amy Young of Ballard Partners.

Of course, there are alternatives. The biggest is produced by Apple, a company named after the fruit that, according to 17th Century poet John Milton, is responsible for mankind needing a savior in the first place. Before you smash your iPhone to smithereens, remember that Milton knew about as much you do about divinely influenced xeriscaping. Odds are the forbidden fruit was actually a fig, which is somehow worse.

According to NRF, nine out of 10 shoppers plan to purchase candy on Easter. Obviously, candy is packed with sugar. Less obvious, U.S. Sugar probably has a hand in the healthy stuff you pile into your shopping cart — the company grows enough fruit and vegetables to feed millions of Americans each year. Many Floridians are keenly aware, since the company has been more than happy to share its bounty of corn and green beans with hungry families throughout the pandemic.

Ballard Partners is just one of many firms representing the agricultural powerhouse. They also have lobbying deals with The Southern Group, Converge Government Affairs, Floridian Partners, The Mayernick Group and GrayRobinson, among others.

The mutilation of chocolate bunnies typically follows an actual meal. According to Delish, lamb is the most traditional of Easter eats, though ham comes in a close second. No matter which you prefer, it will likely be purchased at Publix — the grocery store of choice for most Floridians.

Though it’s one of the largest corporations in Florida, Publix’s lobbying team is what the Bard would describe as “small but mighty.” It consists of just four members: in-house lobbyist Thomas Culligan and Matt Bryan, Teye Carmichael and Jeff Hartley of Smith Bryan & Myers.

For those who don’t feel like spending Sunday in the kitchen, there are plenty of restaurants that will be happy to seat you. The Florida Restaurant & Lodging Association could give you a list of options — the trade group represents every facet of the industry, from diners to fine dining.

Egg hunts and hearty meals may be on the agenda for Sunday, but Friday, Saturday and Monday are reserved for travel. Those within a couple of hours of their family’s gathering place will pump some gas and buckle up.

When you head to the pump, there’s a decent chance it’ll be a RaceTrac. The Atlanta-based company operates 670 gas stations nationwide, and nearly 250 of them in the Sunshine State. With a vested interest in Florida, they’ve tasked Lori Killinger and Chris Lyon of Lewis Longman & Walker to keep an eye on things in the Legislature.

If the drive is a little long, it might be better to snag a last-minute plane ticket (good luck, because air travel is on a much-needed rebound). And many of those who choose to take off rather than roll out will find themselves aboard an American Airlines or Delta flight.

While Delta and American are the icons of commercial air travel, they aren’t the only ones with a presence in the Capitol complex — a fleet of other companies are just as concerned with getting travelers to their destination ahead of the Easter Bunny’s arrival.

However you plan to celebrate, take a moment to enjoy the long weekend. Happy Easter!