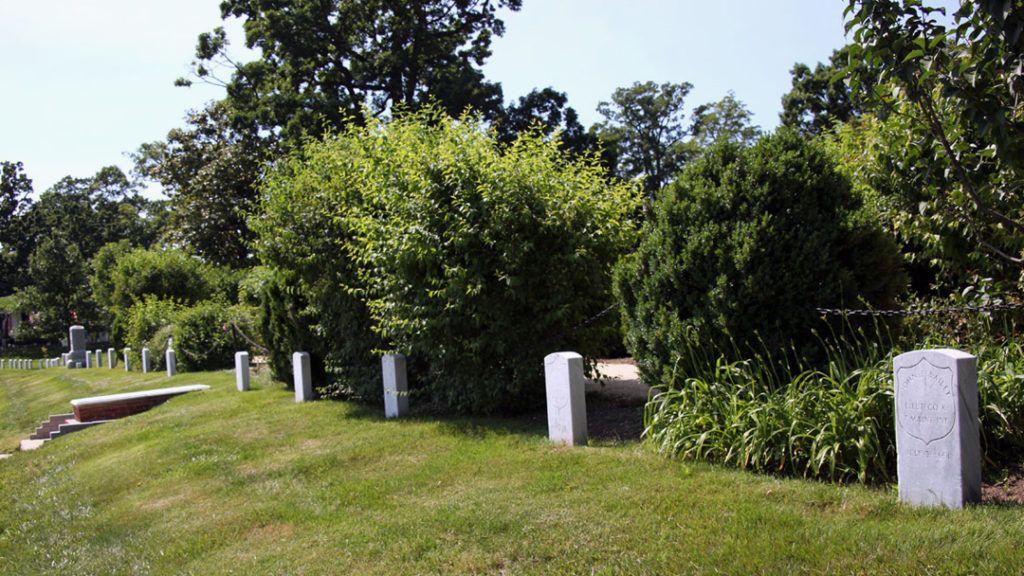 'We all want to bring respect, dignity, honor back to these people.'

It was almost like a miracle touched the abandoned, historic Black cemetery in Groveland, just west of Orlando.

After the state rejected the city’s application for $499,000 to restore a graveyard where 70 souls are believed to be buried, Groveland unexpectedly got word a few weeks ago the funds were suddenly available. A surprise $30 million was put into the pool of grant money for African American projects around Florida that lawmakers added at the last minute to the final budget.

“We are so excited about this,” said Kevin Carroll, Groveland’s fire chief and leader of the cemetery restoration effort. “We all want to bring respect, dignity, honor back to these people.”

He added, “They believe at some point over the years it was vandalized because you have to remember the city of Groveland doesn’t have the best history when it comes to race relations. Groveland is certainly not like that today.”

The city of about 18,500 people in Lake County is home to the infamous case known as the “Groveland Four,” in which four young black men — Charles Greenlee, Walter Irvin, Samuel Shepherd and Ernest Thomas — were falsely accused and convicted of raping a 17-year-old white woman in 1949.

Thomas escaped and was killed after a manhunt by a white posse. The others were convicted by an all-white jury. Greenlee, 16 at the time, was sentenced to life; the other two were condemned to death. Before a new trial was held, the Groveland Sheriff shot Irvin and Shepherd — who were in custody and handcuffed together — claiming self defense. Shephard died at the scene, while Irvin survived and his sentence was changed to life in prison.

The extra grant money came just days after bills to create a small team of state workers to recognize and catalog lost cemeteries in Florida died in the Legislature. The bills, which passed unanimously in three House committee hearings but never moved in the Senate, would have enacted some recommendations of a task force that spent a year holding public hearings around the state and researching abandoned cemeteries.

Democratic sponsors of the cemetery legislation have vowed to push for it again in the next Session.

The Oak Tree Union Colored Cemetery of Taylorville, also known as the Old Groveland Cemetery, was established between 1895 and 1900, with the last interment in 1951. Since then, it has been abandoned for over 70 years and is in rough shape, Carroll said.

To date, 14 headstones have been discovered — with only three still standing.

“We’re confident there are other headstones buried underneath all the vegetation and everything,” Carroll said. “Some areas are thicker than others. Some areas are a few inches (of vegetation). Some areas, it can be a foot or more.”

Archaeologists from the Florida Public Archaeology Network examined the site in 2018 and believe the remaining headstones have sunken or broken, or perhaps even been moved from the burial site, the fire chief said.

“It was one of the worst condition cemeteries I’ve ever worked with and seen,” said Nigel Rudolph, who was a part of the archaeological team that examined Oak Tree cemetery and serves as a consultant for the maintenance of historic cemeteries. Headstones were in disarray.

“The way they were knocked over and broken seems very indicative of vandalism and less-so of natural causes,” he said.

Carroll’s mission to save the cemetery has been embraced by the community of 18,500. Local pastors, historians, archaeologists, descendants of the interred and members of the city government have all come together to try to save the burial ground. “The turnout has been incredible,” Carroll said.

Rudolph said he hopes the restoration effort will help protect the cemetery from further destruction.

“If we start bringing more attention to this, the chances of it getting re-vandalized or continuing to be neglected will go down substantially,” Rudolph said. “More eyes means more attention on the site and more protection for it.”

Carroll said tracking down burial documents has been difficult because local funeral homes don’t have any records.

“Trying to be a detective, researching things from more than 100 years ago is not easy … and it’s very frustrating because, you know, we all want to do the right thing,” Carroll said. “It may mean we may just have to put a nice little marker or headstone or something that just says, ‘Unknown.’”

Carroll said that with the state grant, plans call for installation of a pavilion with an informational kiosk, fences and roadways at the site, as well as repairing headstones and removing some trees.

Carroll had applied for a $499,000 African American historic and cultural grant through the Florida Department of State in November. In February, he traveled to Tallahassee to speak on behalf of the project to the panel awarding $30 million in grant funds. Groveland’s application was turned down.

“Out of the 152 projects that came before the panel, this was one of the oldest, if not the oldest, but it most certainly was the only project out of them all that was in imminent danger of being lost in history forever,” Carroll said. “The panel … did not seem to feel as we did.”

Following lawmakers’ approval of the state budget, Carroll learned Groveland would receive the $499,000, after all, as the Department of State was provided an additional $30 million for such projects.

“This state funding will help bring dignity and respect back to our African American neighbors interred there, many of whom were veterans,” said Republican U.S. Rep. Scott Franklin, whose congressional district includes Groveland. “Our community has always honored our history and this grant will help continue that tradition.”

“This is not an African American project,” said Carroll. “This is not a white project. This is a human being project.”

Amy Galo reporting; produced by Fresh Take Florida, a news service of the University of Florida College of Journalism and Communications. The reporter can be reached at [email protected].