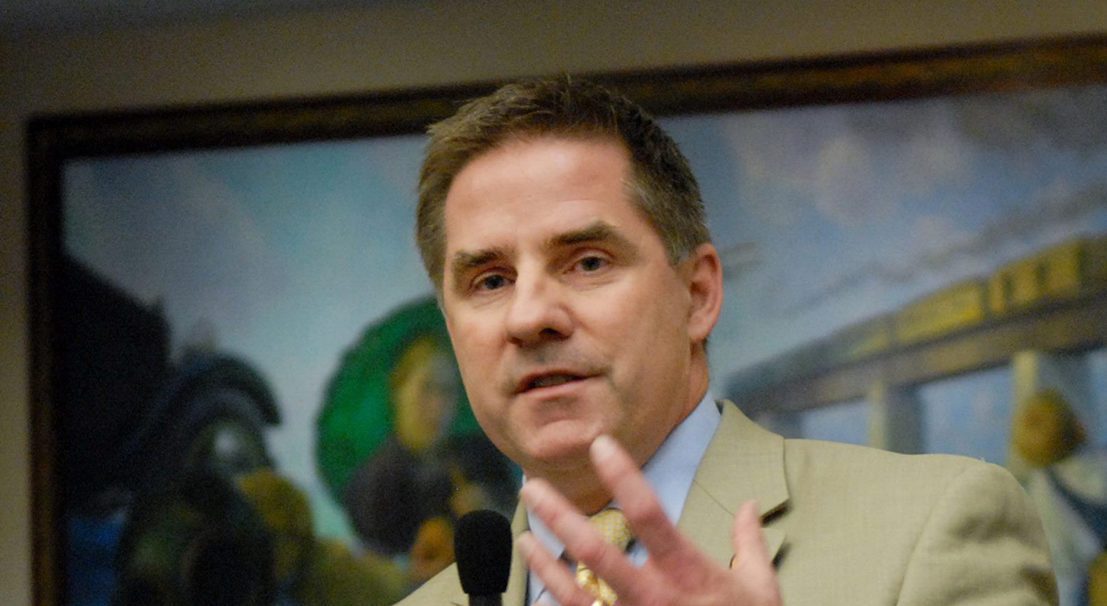 “Florida’s success story stands in stark contrast to many states across our nation."

Harrison is the first candidate to enter the race against Cruz. He previously served in state House District 63, but was defeated in 2018 by current state Rep. Fentrice Driskell, a Democrat.

In announcing his run, Harrison lauded Gov. Ron DeSantis’ conservative leadership, and promised to “be a champion for common sense.”

“Florida’s success story stands in stark contrast to many states across our nation. Under the leadership of Gov. DeSantis, our state has led with courage, conviction, and a whole lot of common sense. Now, we need leaders from our community who reflect our shared, results-oriented values and are willing to work together, seek common ground and find solutions to the challenges on the horizon,” Harrison said in a statement.

“I’ve spent my career in business and in public service focused on fixing problems, bringing people together, and being a champion for common sense. Unfortunately, there are leaders in Tallahassee from our community who’d rather play politics with the extremes of their party than be a part of solutions that help empower parents, lift our children up, and keep our state on the right track,” Harrison continued. “Our campaign ahead will be focused on building on the great things we’ve done as a state to become a nationwide leader in public safety, economic growth, fiscal health, and innovation in education and I’m excited to share them one conversation at a time with Senate District 14.”

“Shawn Harrison is a proven leader who led the successful fight to cut Tampa’s tax rate for the first time in 20 years,” Simpson said in a statement. “At a time when families needed it most, he made sure they could keep more of their hard-earned money.”

Harrison is a graduate of the University of South Florida and previously served on the Tampa City Council.

“For more than two decades, conservative leaders in Tallahassee have used fiscally responsible policies to strengthen our economy and ensure opportunities for Florida’s families and businesses,”  Passidomo said in a statement. “Shawn has proven that he can spend wisely while providing tax relief for our people. We are proud to endorse Shawn and look forward to welcoming him to the Florida Senate.”

Harrison will likely face an uphill battle against the incumbent, who has held the Senate seat since 2018. Before that, Cruz also served in the state House from 2010-2018, including as the Minority Leader. Cruz also boasts a strong reputation in Tampa Bay as a cornerstone of the party’s presence, coming in at No. 11 on the recent list of Tampa Bay’s Most Powerful Politicians.