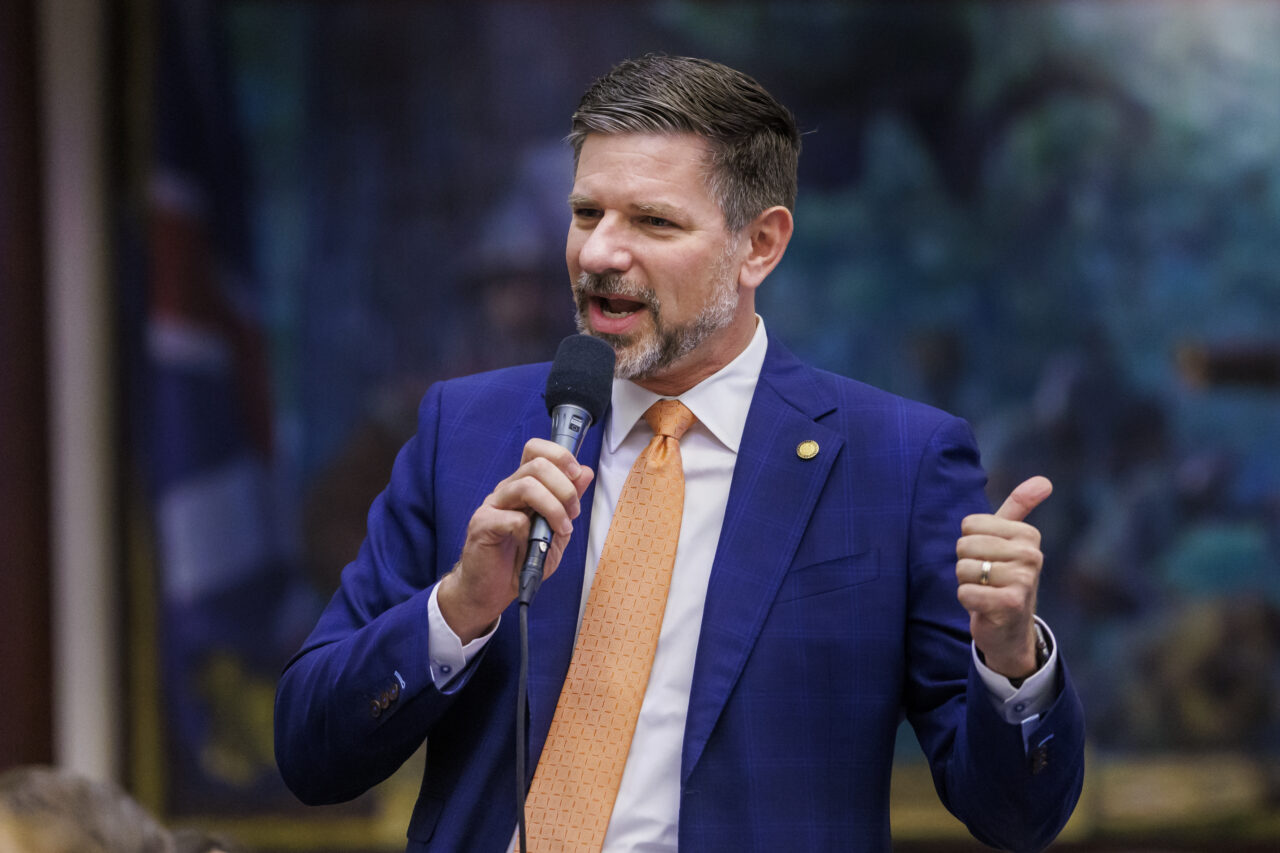 Rep. Sam Garrison said Wednesday that the “wave is coming” in terms of infrastructure needs, and state leaders “are either going to ride the wave or you’re going to be crushed by it.”

Garrison, a Fleming Island Republican who is in line to become House Speaker in 2026, told attendees of the Florida Chamber Foundation’s Transportation, Growth & Infrastructure Summit that the state House is hoping to ride that wave.

“Infrastructure, for a long time in Florida, we’ve been back here somewhere talking about roads. You know, we need roads. We’ve got lots of people coming in. Because they’re all driving, they have to have cars, they gotta go somewhere, right?” he said.

“But infrastructure in today’s economy, as you all know, means much more than that. It’s not just about roads.”

Garrison said the state’s airport, seaport and even space travel infrastructure are becoming increasingly important to transportation in the long term, however, Florida’s government can sometimes be short-sighted.

“What we have traditionally at this point is a little bit of a tension between the way that we structure our government in Florida. It brings a tremendous number of assets. We have term limits, which I think are wonderful — I’ll die on that hill all day. But that does bring with it some challenges,” he said.

“They incentivize us to look at the short term in the absence of the long term. And those of you that have been in Tallahassee a long time, I think that’s a common refrain we hear often. One that, quite frankly, has some validity to it.”

Garrison said that every House Speaker and Senate President will have their own priorities that they’ll work on for the two years they lead their respective chambers. But infrastructure doesn’t work in “two-year bumps.”

At least in the House, he’s confident Speaker-designate Paul Renner will bring that long-term focus when he takes the gavel after the 2022 elections. Garrison plans to do the same when he takes over.

“You’re going to see some renewed focus on that simply because we have no choice,” Garrison said.

He said he recently met with some auto dealers to talk about the impacts the electric vehicle revolution will have on their industry and whether the state has the infrastructure to handle it.

“We were sitting at this kind of roundtable that when we looked ahead 10, 15, 20 years, we kind of had a general understanding of what the future was going to bring. But the interim of how we get from where we are today to where we want to be 20 years from now could be a lot of different things,” he said.

“And if you don’t have a strategic planning mindset to manage the change that’s coming? Well, like I said, you’re going to be caught in the undertow as opposed to riding that wave.”

Garrison said Florida can’t rely on the federal government to toss the state a metaphorical life preserver and that the state will need “to take the initiative and chart out for Florida where we want to be from an infrastructure standpoint.”

“Those conversations are happening, they’re going to continue to happen,” he said.

previousAnnette Taddeo campaign manager's pitch: Wait until voters get to know her