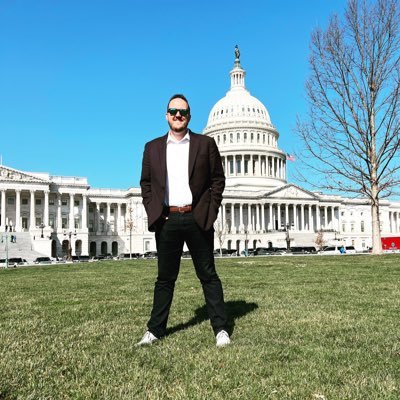 A former University of Pittsburgh at Johnstown student told police Cliff Maloney drugged and raped her.

Pennsylvania police records first published by The Daily Beast show Cliff Maloney Jr. faces charges of rape and aggravated assault in connection to a 2013 incident at the University of Pittsburgh at Johnstown. A warrant for Maloney’s arrest was issued on April 12 this year.

University police records show police first met with the alleged victim of the crime on Jan. 20, 2021. She described an incident that happened at a fraternity party on Sept. 28, 2013 at the Pennsylvania university campus.

After she had already smoked marijuana and had beers, she ran into Maloney. She told police the two met before, and he offered her drinks at prior parties. On this night, he asked if she wanted to go back to his dorm room for champagne before promising, “I am not going to do anything.” The pair arrived at his room between midnight and 1 a.m., and he served up the champagne in long-stem glasses, she told police.

After Maloney offered her a drink, she said he put his finger on the bottom of the glass as she imbibed it and said “drink up.” The woman said she found this strange, and after a few minutes, she began to feel “weird,” dizzy and foggy. Then Maloney pushed her slowly onto her back in the bed as she thought, “I was drugged, given a roofie.”

She said Maloney then performed oral sex on her, and while he then asked her if she appreciated his action, she at that point could no longer speak. She said she then lost consciousness, waking at one point to feel Maloney having sex with her, and then passed out again. She awoke with no clothes on and left the dorm before Maloney woke up, she said.

She bumped into Maloney later in the Student Union and then recounted the evening’s events to a friend. Months later, on Oct. 25 that year, Maloney reached out to her on Facebook. The conversation between the two was included in the recent police report, and included him asking, “Did we do stuff? Now I feel like s***,” and her responding, “Don’t play stupid.” After complaining about her sudden departure from his room, Maloney wrote, “Thought we both had fun.” She tells him in all caps that she was passed out. “I DIDN’T WANT YOU TO DO THAT!” she wrote.

It’s unclear why more than a year passed after the victim’s interview before police issued a warrant for Maloney’s arrest.

Pennsylvania NBC affiliate WJAC reports Maloney is free on unsecured bail and has a preliminary hearing on May 11. Peter Kratsa, an attorney for Maloney, told the news station, “Mr. Maloney denies these historical allegations. They are false. Of course, under our justice system he is presumed innocent. We look forward to establishing a vigorous defense before a jury of his peers.”

Maloney lists a Fort Walton Beach home address and, at least at one point, owned property on Hanover Port Lane. After college, he became a political consultant connected to far-right and libertarian politicians. His LinkedIn page lists him as CEO of Mobilize The Message. His home address also serves as the business address for 5411, a limited liability corporation in Florida.

Sabatini, a state Representative now running for Congress in Florida’s 7th Congressional District, paid 5411 LLC just over $40,136 over the course of eight months in 2021. The first payment, for about $19,645, came on April 21, 2021, about three months after police started investigating Maloney. The last payment, for about $4,068, was on Dec. 7 for strategic management consulting.

Sabatini appears to be the only congressional campaign in Florida that 5411 has worked for this election cycle, but the corporation has clients from across the country. Many candidates, like Sabatini, rail against RINOs (Republicans in name only) and establishment political figures. Maloney last year on Twitter referred to Sabatini as the “RINO Crusher.” He tweeted praise about Sabatini as recently as last month, crediting Sabatini with encouraging Gov. Ron DeSantis’ current political battle with Disney.

Maloney last year was removed as president of the conservative group Young Americans for Liberty following allegations of sexual misconduct, Fox News reported in January last year. One woman who worked at YAL went public with accusations that Maloney, while engaged to another woman, tried to coerce her into having sex with him at a 2017 conference. That accuser similarly shared Facebook messages where she expressed anger at what happened and he responded saying he felt confused.

Those online messages were published on Twitter days before the alleged victim in the UPJ incident went to the police in Pennsylvania.

previousGov. DeSantis says it's 'wrong' for the feds to forgive student loan debt

nextRon DeSantis tells donors re-election will be 'uphill battle.' Does he believe it?