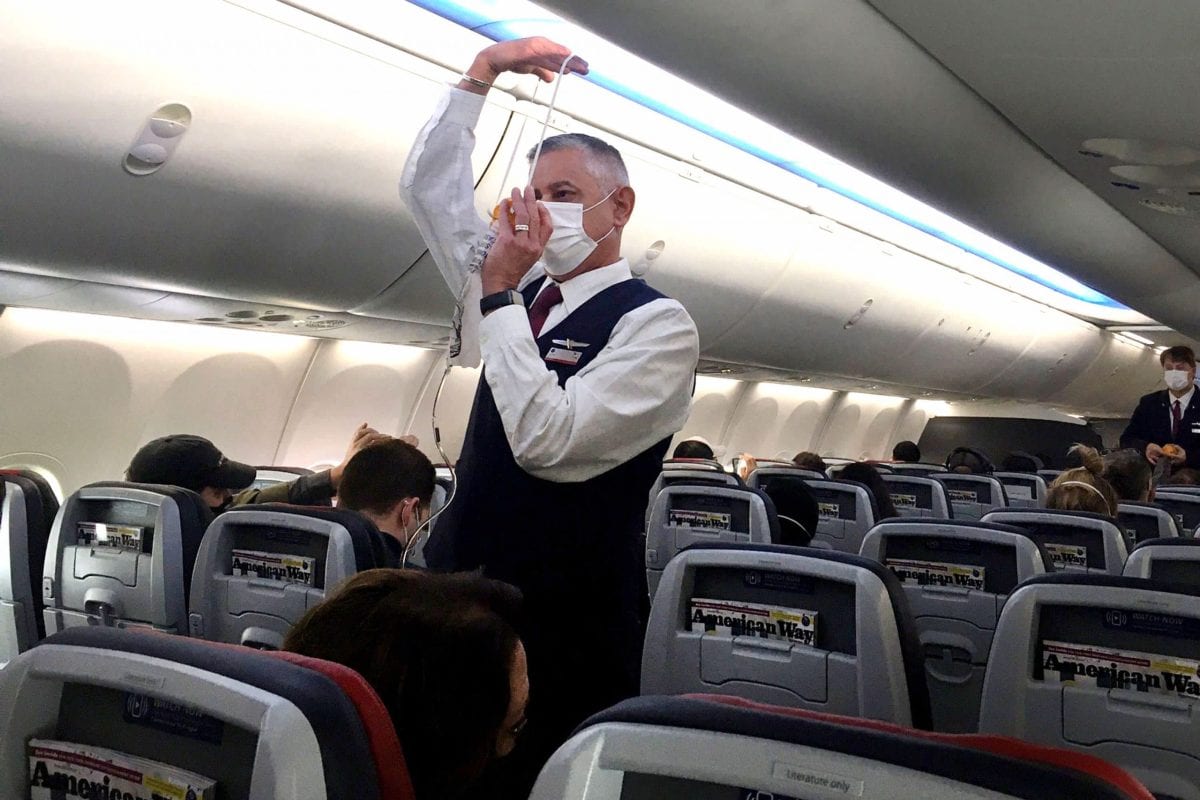 A federal judge in Orlando ruled Friday that the U.S. Centers for Disease Control and Prevention properly mandated masks for airline passengers — a contrary decision to an order issued by a federal judge in Tampa less than two weeks ago.

The new order also upheld the CDC’s authority to require international travelers coming to the United States be tested first for COVID-19. That mandate still stands.

On Friday U.S. District Judge Paul G. Byron ruled that the CDC has the authority, and followed it appropriately, to mandate that masks be worn by passengers of domestic flights, trains, buses and other public transit, and to mandate that people coming to the United States on international flights must pass COVID-19 tests first.

Byron’s ruling reaches the opposite conclusion and leads to an oppose order regarding masks on airlines, compared with those entered April 18 by U.S. District Judge Kathryn Kimball Mizelle — also of the Middle District of Florida, but in the Tampa Division — who struck down the mask mandate.

Since Mizelle’s ruling, the mask mandates have been lifted by her order, and that stands. Nonetheless, the CDC still calls for masks to be worn on airplanes, through at least next Thursday.

Byron’s order on testing for international flights upholds that policy, which still is in place.

Byron is with the U.S. District Court for the Middle District of Florida, the Orlando Division. He was appointed to the federal bench by former President Barack Obama.

Mizelle is also of the Middle District of Florida, but in the Tampa Division. She was appointed to the bench by former President Donald Trump.

The conflicting mask rules likely are headed for a showdown at higher courts. The CDC already has said it is appealing Mizelle’s ruling. At the very least, the CDC wants to retain its power to issue mandates, in the case of future national emergencies, the administration indicated.

Wall, acting as his own attorney, sued the CDC, GOAA, and the LYNX last June, charging that the CDC had overstepped its bounds in requiring masks and tests, and that GOAA and LYNX had overstepped their bounds by enforcing the CDC mask order.

There was no immediate response Friday from the CDC, or from GOAA or LYNX.

Wall, who describes himself as global nomad who can’t medically tolerate wearing a face mask because of his generalized anxiety disorder, called Byron’s order a defeat for international travelers.

He is founder and chairman of of a group called Americans Against Mask Mandates.

“Let’s all be thankful Judge Mizelle vacated the Federal Transportation Mask Mandate worldwide so that Judge Byron’s decision today has no immediate impact in terms of travelers being able to move about the nation without being forced to obstruct their breathing by the federal government,” Wall said in a statement issued late Friday.

“But today’s defeat on the International Traveler Testing Requirement, the first decision in the country on this illicit CDC policy, stings for everyone such as myself who travels abroad — and for the airline industry, who has been lobbying hard to kill the pre-departure testing rule that serves no purpose except to discourage foreign travel by Americans due to the risk of being stranded abroad if one can’t find a rapid test, gets a false positive, or comes down with COVID-19 while in another country,” Wall added.

Wall had sought a summary judgment throwing out the masks and testing mandates.

The CDC had sought a summary judgment confirming the mask and testing mandates.

The CDC argued that its actions were authorized in Section 361(A) of the 1944 Public Health Service Act (PHSA).

“The Court finds that the CDC properly promulgated the FTMM (Federal Transportation Mask Mandate) and the ITTR (International Traveler Testing Requirement) under Section 361(a) of the PHSA and grants summary judgment in favor of the Federal Defendants on these claims,” Byron ordered.

Before he got to that point, Byron threw out several other arguments made by Wall, including appeals under the 10th Amendment and 5th Amendment of the U.S. Constitution, and a “right to travel.” That left whether CDC had overstepped its statutory authority.

The key words in the law for Byron were provisions that give the U.S. Surgeon General the authority to take several explicitly outlined steps, including sanitation and inspection, to “prevent the introduction, transmission, or spread of communicable diseases from foreign countries into the States or possessions, or from one State or possession into any other State or possession.”

Byron concluded that COVID-19 tests are a valid form of inspection, and that masks are a valid sanitation measure. He also noted that the law gives the Surgeon General authority to skip some rulemaking steps — something that Wall objected to in his complaint — when there is good cause for urgent public health actions.

“Frankly, if battling this elusive enemy does not rise to the level of urgency that qualifies for deviation from normal Rulemaking procedures under the good cause exception, the Court is not sure what does,” Byron wrote.