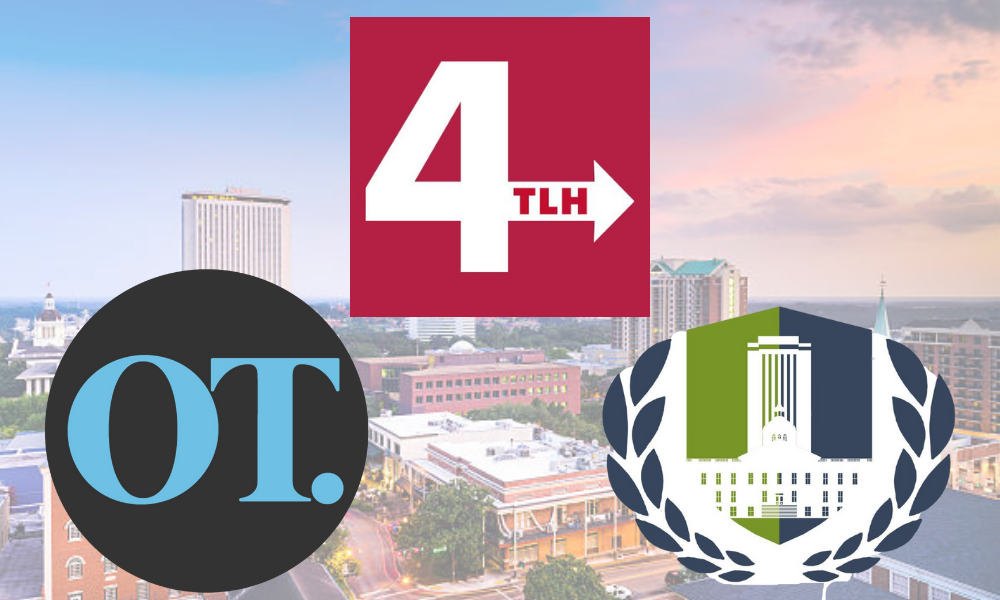 4TLH is the third locally-partisan media site vying to spread its perspective in Tallahassee discourse ahead of the 2022 election.

Three local, partisan Tallahassee media sites have emerged to inject their perspectives into public discourse amid one of the most contested local election cycles in Leon County history.

Twenty-seven total candidates have filed to run in the seven total Leon County and Tallahassee City Commission races. Only one of the races is an open seat. No incumbent is running unopposed. The media sites, none of which existed before 2021, are trying to shape public opinion on political issues and candidates, a struggle that could impact how the packed field is thinned during the Aug. 23 primary.

On one side is OurTallahassee, a progressive-partisan media site whose connections to local officials have been profiled by the Tallahassee Democrat. It has publicly sided with City Commissioners Jeremy Matlow and Jack Porter, County Commissioner Brian Welch, City Commission Candidate Adner Marcelin, and mayoral candidate Kristin Dozier.

Jared Willis, Grow Tallahassee’s Vice President, has publicly criticized the two Tallahassee commissioners on social media and submitted photographs of the pair at a fundraiser to the Tallahassee Democrat in a public back-and-forth.

Recently, a third site has emerged, angling itself as pro-private sector and opposed to the “left wing extremists” in Leon County.

4TLH is run by influential private and public sector figures and a former elected official, all of whom have ties to the Greater Tallahassee Chamber of Commerce. The Chamber has publicly butted heads with Matlow and voiced the need for the organization to get further involved in local politics. One of 4TLH’s founders say the Chamber isn’t involved with the site.

4TLH’s Founders and Their Message

Desloge, who was a County Commissioner for 14 years, was unseated by Brian Welch by over 13 points in 2020. Max Herrle, a former local lobbyist and writer for OurTallahassee, was a volunteer campaign advisor for Welch and still maintains a relationship with him, according to text messages uncovered by the Tallahassee Democrat.

In an interview with Florida Politics, Desloge said 4TLH was not a response to OurTallahassee, but rather resulted from individuals with connections to the business community being tired of “headlines and stuff that are flowing through the community that are really not true.”

“We should be applauding some of the stuff that is being done in the private sector,” Desloge said. “We are letting spin and rhetoric and people’s opinions drive the narrative.”

4TLH, which is self-described as an education website on Facebook, already includes several posts describing the website’s perspective. However, posts on 4TLH says it is not a news site.

“We have a set of beliefs, stated above and elsewhere on this site, and we will be presenting facts, data and opinions that advance those beliefs,” the post reads.

One of the website’s stated perspectives is that “Tallahassee’s business community is currently being demonized, suppressed and trivialized by those who want to consolidate power even further in local government.” It argues that the fact Leon County’s population grew at the second slowest rate in the state over the past 10 years is evidence that the private and public sectors are not in balance.

In the website’s “Anti-Extremism” post, the publishers said the website is likely not for right or left extremists. It also presented an analogy between the Jan. 6 insurrection and “hyper-progressives” of Leon County.

“From the horrific events of Jan. 6 on the right, to the hyper-progressive “blow it up” mentality we’ve seen right here in Leon County, we think even Barry Goldwater would rethink his famous “extremism in the defense of liberty is no vice” quote,” the website reads.

“We will be vigilantly monitoring right-wing extremism in our community. But right now in Tallahassee, the bulk of radicalism comes from the left,” the post reads. “Mainstream Democrats and most Republicans have been cast as evil while these so-called progressives attempt to bully our community into submission. They won’t bully us.”

“You will find research and links to supporting materials. We will utilize public records and other available information. You will not see us use “unnamed sources,” like pretend-news blogs have been doing in the past few months,” the post reads.

In a post titled “Exposing Oxymorons,” the website claims that Leon County’s left wing is made up of “anti-growth forces” and “far-left progressives” that create an “oxymoronic couple”.

“Why oxymoronic? Because the way local government gets its funding (and allows progressives to solve so many problems through public sector action) is through property tax revenues!” the post reads.

Desloge said he is a part of 4TLH because he is an advocate for the power of the private sector and believes there is a connection between the county’s lack of job growth and chronic issues such as poverty and crime.

“As a long standing part of the Tallahassee business community …we’ve created countless jobs in this community, while showing amazing philanthropy and community service,” Desloge said. “It’s long past time for people to hear these stories and understand the contributions the private sector makes to our economy and quality of life.”

A video was posted to 4TLH’s social media accounts earlier this month announcing its launch.

@4tallahassee is born! We are starting a new type of conversation in Tallahassee. pic.twitter.com/xaxmCFbm0j

4TLH, like OurTallahassee, is registered as a 501(c)(4), meaning it does not have to disclose who contributes to them or how much.

On the website, 4TLH’s founders wrote they set up a 501(c)4 because they don’t want it to be a “hyper-partisan, political endeavor,” but have it be “education, informative and fact-based”. They also said they wanted people to be able to make donations confidentially.

“So many attacks are levied against financial supporters of all sorts of causes – this is a safe haven for those who agree with some or all of our views and beliefs,” the post says. “Our initial donors are from all walks of life and share one thing – an abiding love for this community they call home.”

Desloge declined to identify any of the financial backers of 4TLH.

Connections to the Chamber?

Greater Tallahassee Chamber of Commerce leadership said they would “cultivate candidates” and “support our allies with resources to drive our community” forward during their annual conference last year after they publicly sparred with Matlow after he boycotted the conference, according to reporting by the Tallahassee Democrat.

Most of 4TLH’s leadership and early social media followers are connected to the Chamber. Desloge told Florida Politics that the Chamber has no relationship with or role in forming 4TLH.

Desloge was chair of the Chamber from 2005 to 2006. Hinkle was appointed to Chamber committees as recently as 2018.

George Grimsley, the owner of Grimsley and Company CPAs, is listed as 4TLH’s treasurer in business filings. The company’s address is listed with the site on its Facebook account and after the newsletter signup form is completed. Andrew Gay, an accountant with the firm, is on the Chamber’s Board of Directors.

Gay is also the campaign treasurer for Tallahassee Mayor John Dailey, Leon County Commissioner Nick Maddox, and City Commission Candidate David Bellamy, who is running against Matlow. All three candidates have received several donations from companies that are members of the Chamber.

Grimsley and Company CPAs did not respond to requests for comment.

As of April 29, 4TLH has not pursued building a follower base on their Twitter and Facebook accounts, leaving both with less than 10 followers. However, most of those followers have connections to the Chamber, hinting that certain individuals and companies could be contributing to the project or were made aware of it before it has been promoted broadly.

Jay Smith, the most recent former chair of the Chamber and the person who made those calls for more involvement publicly during the conference, is the Vice President of Ajax Building Company. Ajax’s Twitter account was one of nine accounts following 4TLH on April 29. The company has given $1,000 to Tallahassee Commissioner Dianne Williams-Cox, who is being challenged by former Tallahassee NAACP President Adner Marcelin. Marcelin endorsed Matlow in 2018.

Another early follower of the account was Edward Murray, president and director of NAI Talcor. John McNeill, an advisor for Talcor, is on the Chamber’s Executive Committee. Talcor has given over $27,500 to local officials and candidates through several subsidiaries during the current election cycle. Most of the candidates who received Talcor donation are either running to unseat Matlow or defending against a challenger who has sided with Matlow on issues like his opposition to the stadium funding or made public appearances with him.

Desloge would not say whether Talcor or Ajax are financially or professionally involved with 4TLH. The companies did not respond to requests for comment.

Matlow’s camp knew about 4TLH before Florida Politics reached out for comment. Matlow said he believes the Chamber has its hand in 4TLH.

“As a small business owner, I’ve never seen them lobby for local business — instead, they used their power to obstruct research on access to high-speed internet that every business could use,” Matlow said “Now they are backing two dark money groups to try and influence our elections and take us backward. But it won’t work.”

He also said the Chamber has had “complete control of our local government” for several years.

“For over a decade, the Chamber had complete control of our local government and instead of advocating for local businesses, they used their influence to funnel millions of dollars in contracts to their board members and $27 million dollars for luxury stadium improvements,” he said.

Chamber leadership did not respond to Florida Politics’ request for comment on 4TLH and Matlow’s comments.