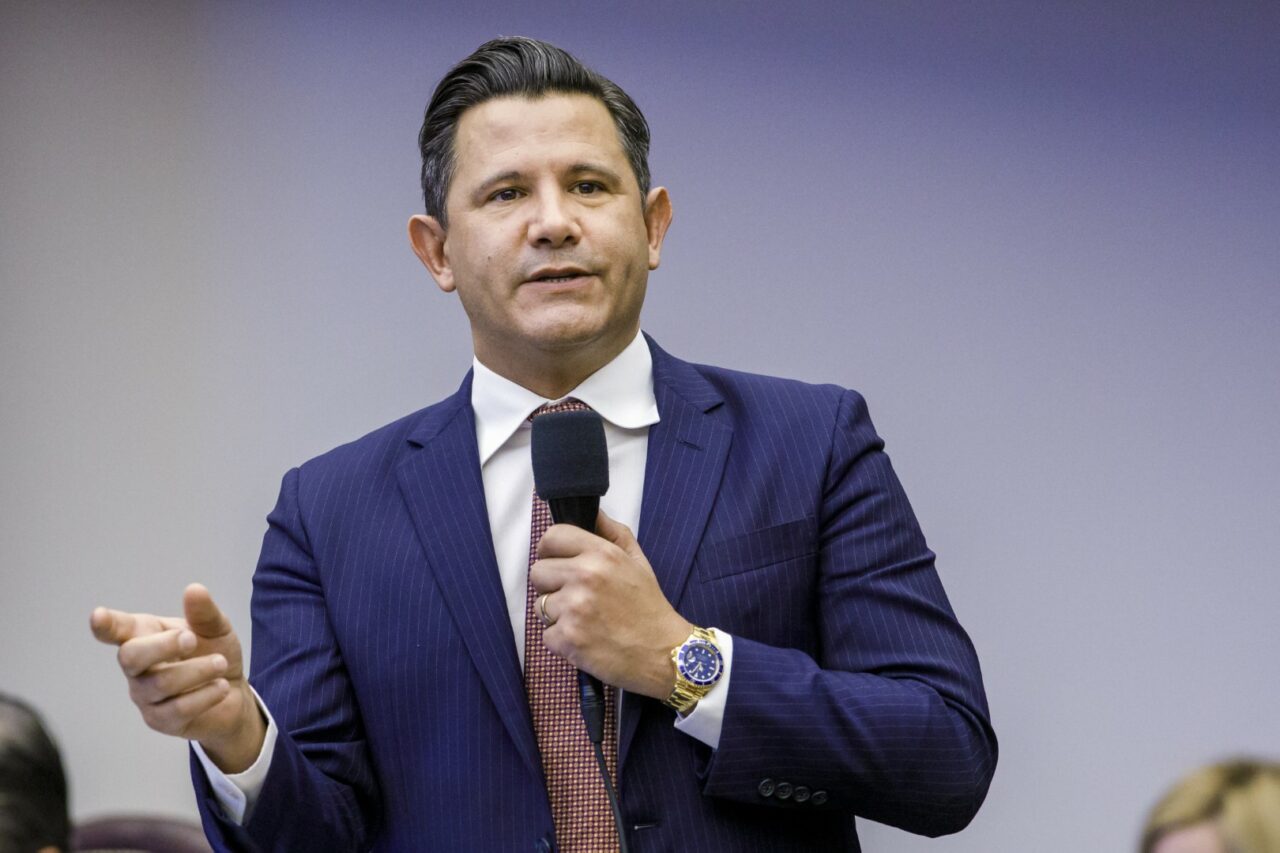 ‘Jason is always thinking about how he can best fight for our community.’

At least 11 of Miami Sen. Jason Pizzo’s Democratic colleagues in the Senate are backing his re-election campaign this year, though that number is likely to grow.

“I am truly humbled to receive the overwhelming support of my colleagues,” Pizzo said in a statement. “I am honored to be part of a Caucus that fights for our Democratic values and stands strong against the overreach and extremism that are trying to take hold of our state.

“Together, I know we can fight for reproductive rights, voting rights, LGBTQ+ rights, while we advance meaningful solutions to our affordability crisis in Florida.

Jones and Polsky, who represent the nearby counties of Broward and Palm Beach, were generous with superlatives while praising Pizzo’s political and legislative prowess.

“He’s smart, hard-working, and always going the extra mile for his community,” he said. “Jason is always thinking about how he can best fight for our community and has championed everything from our environment to healthcare and public safety.

“I know he is ready to continue fighting for South Florida families, which is why I am proud to be supporting by good friend Sen. Pizzo for re-election.”

Polsky described Pizzo as a “natural leader” known for his “intelligence, diligence, and caring spirit” in both his home district and Tallahassee.

“Jason is a fighter and is never afraid to stand up for our Democratic values in the Florida Senate,” she said. “I am proud to support my colleague and friend Jason Pizzo’s campaign for re-election.”

The 11 Democratic lawmakers of Florida’s upper legislative chamber join a pair of organizations that have already come out in support Pizzo.

Last week, the Florida branch of the American Federation of State, County and Municipal Employees (AFSCME) again threw its considerable weight behind him.

The AFSCME, which is the largest trade union of public employees in the country, previously endorsed Pizzo during his 2018 Senate run.

“Sen. Jason Pizzo has been a champion for Florida’s working families and a vigorous advocate for respect for all members of our community,” AFSCME Florida President and AFSCME International Vice President Vicki Hall said. “We need strong leaders like Sen. Pizzo to protect our collective bargaining and voting rights, and personal liberties from attack, (and we are) proud to enthusiastically endorse his re-election.”

Pizzo was also among three Democratic lawmakers and one candidate to receive an endorsement in April from SAVE Action PAC, a South Florida advocacy group dedicated to backing LGBTQ equality and candidates who support that effort.

(The) LGBTQ+ community needs allies in our state government, and we are confident that Sen. Pizzo will continue to serve as a voice for equality and fairness,” he said. “We look forward to his continued leadership in this important fight.”

Pizzo is running unopposed in a redrawn Senate District 37, which covers an oceanside strip of South Florida spanning a small northern portion of Miami-Dade County and much of Broward County’s coastline.

previousLast Call for 5.3.22 — A prime-time read of what’s going down in Florida politics