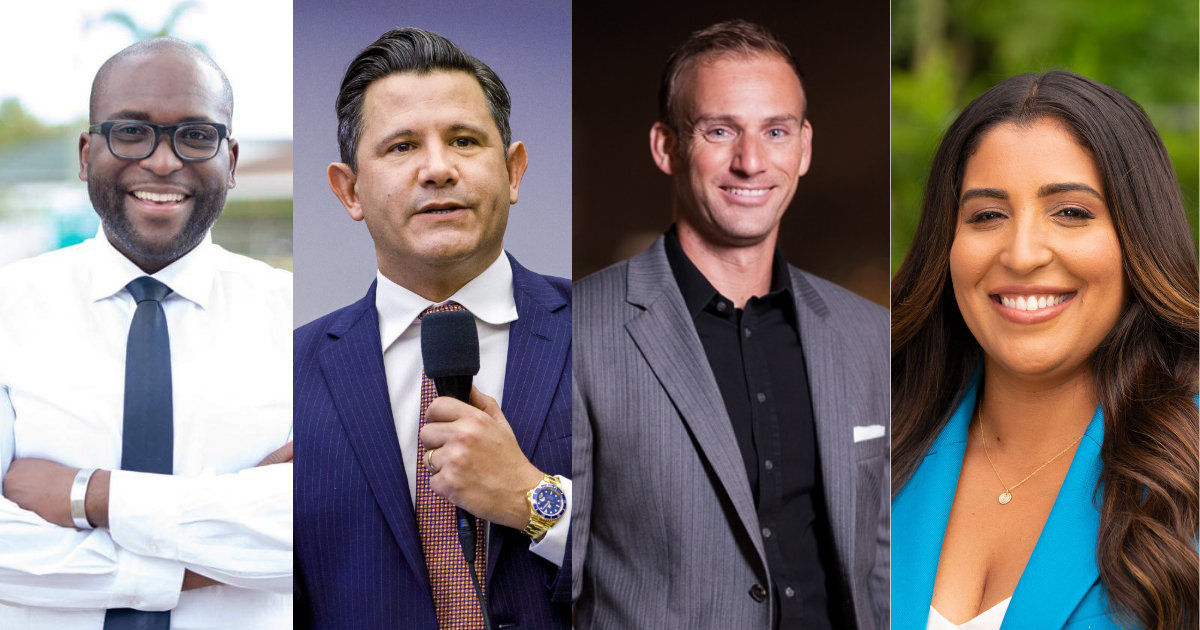 'More than ever, we must stand strong stand united with the LGBTQ+ community against the new wave of cruel attacks.'

SAVE Action PAC, a South Florida advocacy group dedicated backing LGBTQ equality and candidates who support that effort, has announced the endorsement four Democratic candidates for the 2022 Election.

Jones is the first openly gay Black lawmaker elected to the Florida Legislature. Last month, he crossed $1 million raised toward his re-election bid in Senate District 34.

As of Sunday, just one opponent has filed to run against him: former Democratic Miami Gardens Council Member and Vice Mayor Erhabor Ighodaro, one of several opponents Jones faced in his 2020 Senate campaign.

During that contest, Ighodaro drew rebukes for remarks critics labeled as homophobic and indirectly aimed at Jones.

Jones referenced those comments in a press note announcing the endorsement by the political action committee, which he described as “South Florida’s longest-serving organization dedicated to protecting people who are LGBTQ against discrimination.”

“Back in 2020, one of my Democratic opponents tried to hit me with homophobic attacks,” he said. “Now, that same opponent is trying it again. Together with SAVE, let’s show them that the people of South Florida are worth the fight and homophobia is not and should not be welcomed in any political office.”

Pizzo said he was “humbled” to receive the endorsement from SAVE, whose goals “more than ever” need support.

Critics have derided the measure, which they’ve dubbed the “Don’t Say Gay” bill, as an attempt to quell references to non-heteronormative people and families. Supporters argue the bill, titled “Parental Rights in Education,” has been mischaracterized by its opponents and media as harmful when it only bars all such discussion in kindergarten through third grade classrooms.

HB 1557, which becomes law July 1, prohibits faculty instruction on sexual orientation or gender identity “in a manner that is not age-appropriate or developmentally appropriate” for students of all ages. It also requires schools to notify parents if there is a change in a student’s mental, emotional or physical health monitoring — a condition some LGBTQ advocates say could lead to schools outing gay or transgender kids to their parents.

“More than ever, we must stand strong stand united with the LGBTQ+ community against the new wave of cruel attacks,” Pizzo said. “Our state government has failed the people of Florida by choosing to pass hateful laws like the ‘Don’t Say Gay’ bill and continually not taking action on workplace discrimination.

“We are the last line of defense and I am committed to never backing down from the fight for equality and justice for all.”

Orlando Gonzales, executive director of SAVE, said Pizzo has a “clear track record of supporting the LGBTQ+ community,” particularly in recent Legislative Sessions.

“(The) LGBTQ+ community needs allies in our state government, and we are confident that Sen. Pizzo will continue to serve as a voice for equality and fairness,” Gonzales said. “We thank him for his tireless efforts in the state Senate, and we look forward to his continued leadership in this important fight.”

Grieco announced in November that he would forgo running for re-election in the House for a shot at the Legislature’s upper chamber. Post-redistricting, his opponent turned out to be Garcia, a first-time Senator who won her seat by just 34 votes in an race that has drawn scrutiny and an ongoing investigation into a ghost candidate scandal.

Garcia denied any knowledge or participation in the scheme, and Miami-Dade State Attorney Katherine Fernandez Rundle’s office said it has no evidence Garcia was involved.

She later apologized for saying that in a social media post but did not elaborate as to what she meant.

“As a longtime vocal straight ally to the LGBTQ+ community and someone who has worked with SAVE for close to a decade, I look forward to our partnership as we re-flip a Senate seat that was fraudulently stolen two years ago,” Grieco told Florida Politics.

Perez, meanwhile, would become the first LGBTQ parent if elected. Gonzales described her as “an outstanding member of our community and a champion for our values.”

“Janelle and her family give hope to so many LGBTQ youth who are not accepted in their homes or by our government,” he said. “We are proud to uplift a visionary leader who is on her way to break glass ceilings in November.”

She said the SAVE nomination is “deeply personal” to her and her family.

“As the daughter of Cuban exiles, this country gave my family the opportunity to be free,” she said. “Miami is our home. It’s where I married my wife on my parents’ front lawn, and it is now the place where we are raising our two daughters. We won these rights due to decades of advocacy from organizations like SAVE, and it’s an honor to receive their confidence.”